PROCEDURE FOR REGISTRY MARRIAGE IN NIGERIA 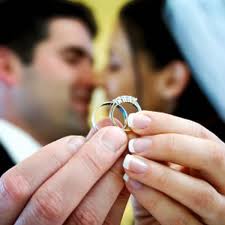 Marriages in all religions and faiths is a sacred institution, a union of two who unite  to become one, this not only promotes procreation as married couples more often than not have children, spending the rest of one’s life with that special significant other can lead to a life of happiness and maybe pain (as the case may be), but let’s not dwell on the emotions that tear at couples during their lifetime pact to remain by eachother, let’s focus rather on the rules and guidelines that the law prescribes for marraige. The Marriage Act is the law that makes provisions for the celebrations of marriages in Nigeria.

The Marriage act provides for the office the Principal Registrar for Marriages and a deputy for each marriage district. Whenever a person desires to marry, one of the parties of the intended marriage must sign and give to the registrar a notice of intention to marry. The registrar in turn shall enter the notice into the Marriage Notice Book and post a copy of the notice on the outer door of his office until after the marriage certificate is granted or for a 3 month period. If the marriage does not take place within the 3 month period, the notice shall lapse and any couple who intends to marry must fill another notice.

Before a Registrar can issue a certificate of marriage,he must be satisfied that:
– one of the parties has been resident within the district.
– that each party to the intended marriage is above 21 yrs and if below, that requisite consent has been obtained in writing.
– that the parties are not kins or relations of each other or any relationship of affinity.
– that neither of the intended parties are married to others. 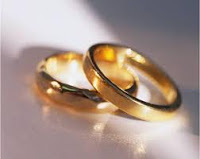 If anyone knows a reason why the marriage must not take place,such person must write a caveat with the word “forbidden” opposite the notice and include his name, contact address and reasons why he believes the couple should not be married. Whenever a caveat is entered,it is the duty of the registrar to refer the matter to a judge of the High Court who shall invite all the parties and shall determine the case. If the judge decides that the certificate ought to be issued,he shall remove the caveat by cancelling the word forbidden in the notice book.

It is provided that no marriage in Nigeria shall be valid where either parties of the intended marriage is married under customary law to another person. It should be noted that it is a crime punishable by 5 years imprisonment for an unmarried person to knowingly marry another person who is married to someone else. Also, any one who tries to stop a marriage by falsely pretending that his consent was needed and not sought or that there is a legal reason why the parties should not be married shall be liable to imprisonment for 2 years.