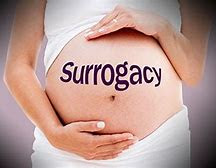 The
pioneer record of surrogacy had Hagar as the surrogate mother with Abraham and
Sarah as the commissioning parents. This form of surrogacy commonly referred to
as a partial surrogacy where the child born is only genetically related to one
of the commissioning parents was prevalent in pre-colonial Nigerian societies.
The practice of surrogacy was common in Nigeria long before its legal
recognition around the world. The practice of surrogacy in pre-colonial Nigeria
was regulated by unwritten customs and practices. The surrogate mother was married
in to the family by the commissioning couple usually the wife. Children birthed
by the surrogate were deemed children of the marriage and the commissioning
parents had sole rights. These partial surrogacy arrangements were borne out of
the need to continue a family legacy. However, this is not the case today as
surrogacy arrangements are taking a new shape with gestational surrogacy taking
the lead. Furthermore, couples turning to surrogacy do so because of fertility
issues, health complications, and terminal illness etetera.to further
complicate issues there is a lack of specific legislation to cater to the
unique legal issues of surrogacy.

The
practise of surrogacy raises complex legal concerns which consumers are usualy
not aware of. Whilst some border on the legality of a surrogacy contract,
others are concerned with its holistic regulation. This article considers the
legal intricacies of surrogacy and mirrors the uncertainties occasioned by the
lack of a specific legal framework for its regulation in Nigeria. It was
discovered that Nigeria is a pro-birth society hence it is necessary that a
legislation be put in place urgently noting that more couples are turning to
surrogacy to help them achieve their reproductive rights. This article
recommends amongst others that a legislation on surrogacy must reflect the
present concerns that surround the practise of surrogacy. These range from the
exploitative aspect of surrogacy and the need to take into cognisance the
provisions of the United Nations Convention on the Rights of the Child.This
article analyses some of these legal issues raised by surrogacy arrangements in
Nigeria.

In
surrogate contracts a third party female elects or is commissioned to carry a
pregnancy on behalf of another couple, delivers a baby and hands the child over
to the commissioning parents at birth. Two forms are discernible, depending on
the existence or not, of the genetic link between the surrogate mother and the
foetus. When there is a genetic link, the surrogate mother is inseminated with
the semen of the commissioning father or donor sperm, this is referred to as
“traditional surrogate motherhood” and she is biologically the mother of the
baby. When pregnancy is as a result In vitro fertilization in the woman, and she
has no genetic contribution to the foetus, it is regarded as gestational
surrogacy.

There
is a dearth of a defined position on the enforceability of a surrogacy contract
in Nigeria. While they are based on simple contract terms the concern is
whether such contracts are enforceable in Nigerian courts. The basic element of
contract are offer, acceptance and consideration of value. Arguments against
the enforceability of surrogacy contract stem from a moral basis. In addition,
there is a question of the tendency of such contracts being used to exploit
vulnerable persons who are usually the surrogate mothers. The enforceability of
surrogate contracts appear to change the humanity narrative which forms the
core of surrogacy commercialisation. The National Health Act in section 10
provides as follows;

A person shall not:

(b) engage in any activity including
nuclear transfer or embryo splitting for the purpose of the cloning of human
being; (c) import or export human zygotes or embryos.

(2) A person who contravenes or fails
to comply with the provision of this section commits an offence and is liable
on conviction to imprisonment for a minimum of five years with no option of a
fine.

Based
on the provisions of the National Health Act, the entire process of surrogacy
is illegal hence it cannot be said that a surrogacy contract is enforceable as
it seeks to do that which has been clearly prohibited by the relevant
legislation being the National Health Act. While the Act remains the legal
instrument on which to base the legality of surrogacy contracts there is a bill
pending at the National Assembly. The Bill when passed to law will establish a
Registry of Assisted Reproductive Technology Clinics and Banks in Nigeria. The
Registry will be saddled with the formulation of policies for the regulation of
Assisted Reproductive Technology such as surrogacy.The bill provides that
surrogacy is not to be considered for any commissioning mother who is able to
carry a pregnancy to term, thus a commissioning mother must provide a medical
report to attest to her inability to carry a pregnancy to term. The Bill limits
persons who can enter into a surrogacy contract to infertile married couples.
This would appear to be based on the long-abandoned kind of surrogacy agreement
prevalent in pre-colonial Nigeria where the rationale was to continue a family
legacy. Today, infertility is not the only reason couples opt for surrogacy
contracts as health implications are also popular reason. The Bill therefore
limits the scope of persons who can take advantage of a surrogacy contract to
fully take advantage of their reproductive rights.

Surrogacy
contracts in pre-colonial Nigeria was widely publicised and given recognition.
More so, the surrogacy contract was given validity and legal fore by virtue of
the marriage relationship that existed between the surrogate mother and the
commissioning parents. This sort of protection is not guaranteed in the current
practice of surrogacy considering that couples prefer that such contracts are
shrouded in secrecy as opposed to that which was obtainable in pre-colonial Nigeria.
It is unclear how far the Bill will go to address the issues of contractual
enforcements of surrogacy agreement.

2.
Rights of Parties
in a Surrogacy Contract

The
National Health Act (Amendment) Bill provides for the rights of parties in a
surrogacy contract. Specifically section 76(2) of the Bill gives the gamete
donor the right to decide the extent of information to be released and to whom,
except otherwise ordered by the court. This would mean that the donor can chose
to be anonymous, or only give information that cannot be used in identifying
him. Furthermore, the Bill provides that a spouse who donates a gamete without
the knowledge of the other spouse, without coercion, shall relinquish rights
over the child or children that may be conceived using his gamete and, to this
end, the identity of the recipient is not made known to the donor.

The
foregoing appears to be in contravention of the Child’s right to preserve his
identity and know his parents as provided under the Article 8 of the Child’s Right
Convention. In pre-colonial Nigeria the surrogate or sperm donor had no claim
on the children birthed from such arrangements. Similarly, in the United
Kingdom the sperm donor cannot be regarded as the legal parent of the child
born. He also have no legal obligation to the child. Conversely, the position
appears different for the surrogate who is regarded as a child’s legal parent
at birth. Legal parenthood can be transferred by parental order or adoption
after the child is born. This transfer is only possible within six months of
the child’s birth. Disagreements on who the child’s legal parents should be are
decided based on the best interests of the child. The lofty position of the UK
legal framework can only avail a person who used a Human Fertilisation and
Embryology Authority. This connotes government control of the process.

Surrogacy
contracts also raises question of the child’s right to know his parents as
provided for under Article 7 of the Child’s Right Convention Children from
surrogacy may want to have full disclosure of their parentage in later years.
Umeora et all questions if it would
be ethically correct not to fully disclose their origin to them, including who
carried them “in utero”? Such disclosure especially when there is a genetic
link may be medically invaluable. Complications may arise where the surrogate
mother declined such disclosure ab initio at the contract level, or where all
contact links between the parties were severed. The Convention in Article 8
also provides to the effect that a child has a right to preserve or identify
his nationality, name and family relations. The Article further provides that
where a child is illegally deprived of all or some of the elements of his or
her identity the State shall provide appropriate, assistance and protection,
with a view to re-establishing speedily his or her identity. It is unclear how
this is to be achieved considering that surrogacy is more often than not
shrouded in secrecy. It is also makes matters worse when the National Health
Act (Amendment) Bill allows for the parties in a surrogacy agreement to withhold
personal information that may allow for contact tracing in the future.

Few
technologies arrive ‘surreptitiously’ and few remain unchanged overtime one of
such is the development of techniques to assist in reproduction. This article
examined one aspect of this being surrogacy. The practice of surrogacy in
pre-colonial Nigeria was found to be popular and was given legality by the
conduct of a customary marriage. However, in present Nigeria there is no
specific legal framework for surrogacy in Nigeria and the proposed framework
still leaves unaddressed some legal issues addressed in this paper. There
exists increasing pouches of lacunae as regards regulatory oversight for human
right violations particularly in drawing a line of distinction between legitimate
and reproductive trafficking. It is recommended that there is an urgent need to
recognise and regulate surrogacy in Nigeria.in addition such framework ought to
balance the tendencies of exploitation and clearly define the rights of the
parties to a surrogacy contract.

Akpan, Emaediong Ofonime holds a
Master’s in Consumer Protection. She is currently undergoing a Harvard course
on Bio Medical Ethics. She can be reached at akpanemaediongofonime@gmail.com.