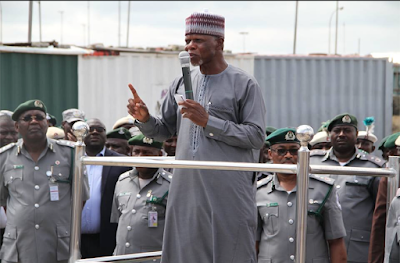 Paragraph 3 of the letter reads: “Regarding the wearing of uniform, I wish to advise that the Senate avails
itself of the legal basis of its decision to compel me to wear uniform. I am similarly seeking legal advice on
this issue, so that both the Senate and I
will operate within the proper legal framework”.
Analysis and arguments
The question this article tries to answer
is whether the Comptroller General as the (highest) Head of the Nigerian
Customs must or can be forced to wear his uniform. It must be noted that the
Comptroller General’s refusal to wear his uniform is not an attitude developed
for the purpose of his summon before the National Assembly alone. As according
to him, he has no desire to wear the uniform now or ever because “I am not
aware of any law that states I should wear uniform…”[2].

Pro Bono Lawyers Can Win Big In The Paul Usoro Challenge
REPORT: RICE PRODUCTION IN NIGERIA: HOW IT CAN IMPROVE TRADE, EMPOWER YOUTH & REDUCE UNEMPLOYMENT
INFO ABOUT YOUR CONTRACT OF EMPLOYMENT