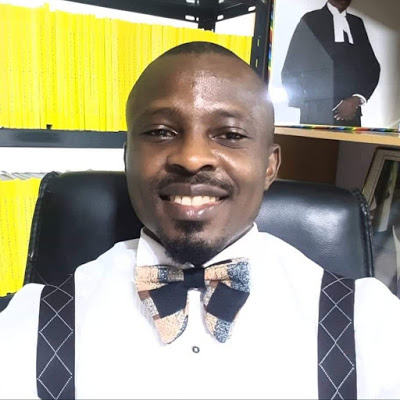 Since the announcement of the Covid-19 scourge all over the world and particularly the announcement of the index case in Lagos, Nigeria on 19 March, 2020 by Professor Akin Abayomi, Commissioner for Health in Lagos State, governments at both the Federal and State levels have adopted various strategies aimed at containing the spread including restrictions on human and vehicular movements, business, religious and social activities (except those designated ESSENTIAL) and so on.
As a consequence, people and institutions affected by these regulations of government have both adapted and devised various ways to keep up with the times. Many businesses, educational and religious organisation have since adopted the ONLINE/VIRTUAL mediums to further their objectives.
The legal industry has practically grinded to a halt in this period as the Courts at all levels have been shut to avoid human interaction which could exacerbate the increasing infection rate in the country, save for a few Courts tasked with hearing cases associated with breaches of government regulations on Covid-19 and other matters which are considered time bound or extremely important. Although, a few lawyers have made a case for legal services to be deemed ESSENTIAL so as to guarantee the rights of Nigerian citizens to access justice and fair hearing, these pleas have not been heeded.
Recently, different jurisdictions have through their Chief Justices issued Practice Directions aimed at accommodating Remote and/or Virtual Court sittings. Even the Chief Justice of Nigeria have constituted a committee to look at the suitability of adopting virtual or remote Court proceedings.
While the various effort by the heads of the various Courts must be commended as the aim is to protect the lives and wellbeing of litigants, practioners and those saddled with managing administration of justice in our country, the legality of these actions should not be overlooked.
Administration of Justice in Nigeria is governed by the Constitution of the Federal Republic of Nigeria 1999 (as amended) herein referred to as “CFRN 1999” and several other legislations including rules of Courts. For example, Secrion 36(3) of the CFRN 1999 (as amended) makes it clear that Court proceedings and the Judgment thereof must be held in public. Some have argued that virtual proceedings qualify as “proceedings held in public” in support of the adoption of virtual or remote hearings. This is however not supported by any legal authority known to Nigerian jurisprudence.
The obvious flaws in the adoption of a technology which obviate the need for physical Court Rooms and procedure clearly spelt out by our body of laws cannot be overlooked. Recently, the legal community in Nigeria received the news of the Judgment of the Supreme Court of Nigeria which set aside the conviction of a former governor of Abia State, Chief Orji Uzor Kalu on the grounds that the judge which convicted him at the trial Court had been elevated to the Court of Appeal as at the date when the trial was concluded. Although the judge did so with the fiat of the President of the Court of Appeal who in turn made same pursuant to Section 396 of the Administration of Criminal Justice Act (ACJA), the Supreme Court nullified the proceedings as the ACJA provisions cannot supersede the CFRN 1999 (as amended). This is an example of the fate that will befall any proceeding which is not in tandem with the spirit and letters of our grundnorm.
For want of time, I will not state in details the many examples of our criminal and civil proceedings that cannot be conducted via remote or virtual platforms without conflicting with existing legislations. I will rather advise that the Practice Directions being issued should be reworked and passed in the form of a Bill to the legislative arm of government at both the National and State levels for onward passage as an Act and Laws respectively.
It is worthy of reiterating here that no matter how well intended and worded these Practice Directions are packaged, they cannot supplant the CFRN 1999 (as amended) or other express or implied provisions of statutes.
Babatunde Busari, Esq.
10/5/2020
Lagos, Nigeria
Babatunde Busari is the Managing Partner and Team Lead at Babatunde Busari & Co., a firm of lawyers with focus on Commercial Law; Alternative Dispute Resolution; Civil and Criminal Litigation; Real and Intellectual Property Law; Banking Law; Oil and Gas Law; Regulatory Compliance; Family and Probate Laws. Babatunde is an ardent reader, writer and researcher.