Land Ratification/Regularization Policy of Lagos State- Would the Supreme Court’s Decision Have Been Different Had It Considered the Land Use Act? 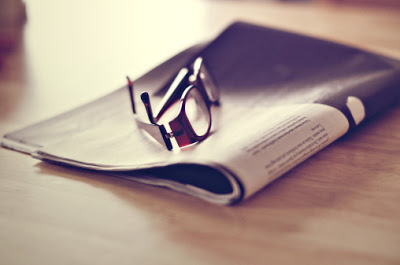 Introduction
Lagos State, the former capital of Nigeria,
otherwise known as the ‘Centre of Excellence’ prides itself on being a
megacity. In order to maintain this lofty position, it generates a major part
of its own income and as a result, seeks to raise funds in whichever way
possible, sometimes to the chagrin of its citizens and just recently, the
Federal Government.
The megacity has a land regularization
policy which amongst other things, mandates a second registration of the title
to land held by purchasers of federal lands at the Lagos Lands Registry not
minding that the said title had originally been registered by the Federal
Ministry of Lands.
It was not surprising that the Federal
Government instituted a suit against the Lagos State Government in respect of
the regularization policy on grounds of what it termed as “Insubordination”.
Okay, I made that up. Not the suit part though. The Federal Government indeed
instituted the suit at the Supreme Court challenging the validity of the policy
vis-à-vis federal lands.

The Supreme Court in its ruling held that
from the evidence available before it, the Federal Government had divested
itself of the titles to properties which were subject of the suit and therefore
had no locus to bring the action. In simple parlance, the Supreme Court meant
that the federal lands in question had already been sold to third parties by the
Federal Government, as such, the lands no longer belonged to the Federal
Government. Therefore, it had no business suing in respect of them. Ouch!

As much as we commend the industry of the
Justices of the Supreme Court, we do not agree with its conclusion. It is
elementary that freehold interests no longer exist in Nigeria by virtue of
Section 1 of the Land Use Act (LUA) which vests ownership of all lands (except
land vested in the Federal government or its agencies by virtue of section 49
(1) of the LUA) in a State in the State Governor. Hence, the State Government
merely gives a lease of the lands to persons for a maximum period of 99 years
after which the property will revert back to the Government unless of course,
the lease is further extended in favour of the lessee or title holder. Section
49 Subrule 1 of the LUA provides as follows:

Furthermore Section 51(2) of the LUA
provides as follows:
The powers of a Governor under this
Act shall, in respect of land comprised in the Federal Capital Territory or any
land held or vested in the Federal Government in any State, be exercisable by
the Head of the Federal Military Government or any Federal Commissioner
designated by him in that behalf and references in this Act to Governor shall
be construed accordingly.

In light of the foregoing, it is apparent
that ownership and control of federal lands are vested, conferred, lodged or
bestowed upon the Federal Government. As such, all a title holder possesses is
a ‘right of occupancy’ in the technical sense and not ‘ownership’. Therefore,
we cannot fathom nor comprehend the Supreme Court’s reasoning that the Federal
Government in its capacity as an Overlord or Headlessor had no locus
standi to institute an action in respect of its lands.

It is our considered opinion that the
decision of the Supreme Court on the locus or lack
thereof of the Federal Government to institute the suit was made per
incuriam andwould have been different had the Court averted its mind
to the foregoing provisions of the Land Use Act. Unfortunately, this decision
remains binding until same is set aside by the Supreme Court itself. It would
appear that the ball now lies in the court of holders of title to federal lands
to contest the regularization policy of Lagos State before the High Courts of
Lagos State.

Adebanke Ajayi is a Legal Practitioner
writing from Lagos State. 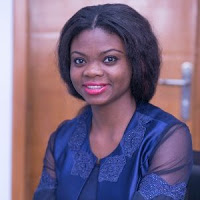