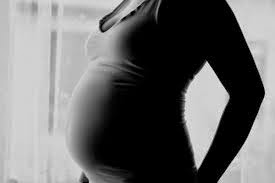 In
Nigeria, children’s rights are protected by law and held sacred, not only does
the law protect the child; it also stipulates punishment for adults who take
advantage of children or seek to negatively influence them.  If you missed the blog on the rights of the
Nigerian child, Click
Here. The Lagos State Government has however taken the protection of
children’s rights a bit further by providing laws in the Criminal Code Law of
Lagos State (2011) that seek to prevent the abandonment of children and also instil
fines members of the public who do so.


As an
illustration, consider the following scenario;
“John, a charming and dashing young man meets Jane
at a public gathering in Lagos, Jane is swept off her feet by John’s chivalrous
nature and they both spend the weekend in John’s beach house where they have
repeated and unprotected sexual intercourse though John informed Jane that he
was in another relationship, to which she replied she did not mind. Eventually,
4 weeks later, Jane misses her period and after running hospital tests confirms
she is pregnant which she dutifully informs John.
John is however having none of it and tells Jane he
would not be accepting responsibility for the child, Jane cries and cries but
her emotions do not sway John who is set on his course of action with regard to
the child”.
What can
Jane do in this situation, have an illegal abortion or take care of the
child by herself?
OR
“Mark gets Linda pregnant and refuses responsibility
for the child, eventually Linda reports Mark to the police.”
Can she
do that?
There was
a time when the woman will probably decide to leave John or Mark to the laws of
Karma or like many Nigerians will say “in the hands of God” but now these women
can do more than that and here is why; Section
277 of the Criminal Code Law of Lagos State (2011) states that:
(1) Any person who impregnates a
woman or girl and fails, refuses or neglects to contribute to maternity related
costs from ante-natal to post-natal stages is guilty of an offence and is
liable to a fine of Forty Five Thousand Naira (N45,000.00) without
prejudice to the recovery of any cost that any other person may have reasonably
incurred in relation to the upkeep of the woman or girl.
(2) For the purpose of this
Section, maternity related costs includes all medical expenses, food expenses,
reasonable shelter and other necessaries.
(3) In determining the financial
liability of a person under subsection (1) of this Section, the Court shall
have regard to the means and resources available to him. 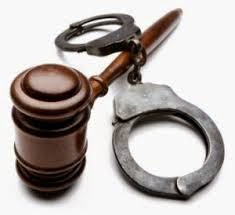 Furthermore, Section 276 of the Law also provides that;
“Any person
who being the parent, guardian or other person having the lawful care or charge
of a child under the age of twelve years, and being able to maintain such
child, wilfully and without lawful or reasonable cause deserts the child and
leaves him without means of support, is guilty of a misdemeanour, and is liable
to a fine of One Hundred Thousand Naira (N100,000.00) without prejudice to the
recovery of any cost any other person may have reasonably incurred with respect
to the upkeep of the child”.
The law
is clear, you cannot abandon a woman who is pregnant with your child, neither
can you abandon a child who is your responsibility or you just may find
yourself having to pay a court fine in addition to being compelled to take up
the responsibility which you tried avoiding in the first place.
So my
advice to couples is to play safe (not that it works all the time) or don’t play
at all, at least till you are married. LOL. It should however be noted that the
law will not compel either John to marry Jane nor Mark to marry Linda, it will
only compel them to take responsibility for the children they deem to have abandoned.

DOES YOUR BOSS PAY YOUR PENSION?
Report of The Nigerian Bar Association Election Working Group (Nba-Ewg) On The Osun State Governorsh...
#OPINION #BRINGBACKOURGIRLS: TO WHAT EXACTLY?! by Chika Maduakolam