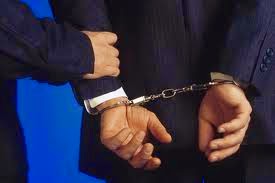 I attended a military secondary
school in the heart of Abeokuta and trust me, aside from the regular koboko
(horse whips), we had a fine array of punishments that students were subject to
when it came to discipline. They included: manual labour, plant-your-pot,
crawling on gravel with your bare knees, frog jumps and a host of many others.
Anyone who attended a military school must have a fair idea of what I am
talking about.
Likewise, under Nigerian law, there
are a number of punishments that courts can order to discipline erring
offenders, they include-
Meaning a person can be sentenced to
death. This is usually ordered for very serious crimes such as murder.
Wheneever a male person who in the
opinion of the court has not attained 17 years has been found guilty of an
offence, the court may in addition to or in substitution for any other
punishment to which he is liable.
When a person is convicted of certain
offences, the court may, in addition to or in lieu of any penalty which may be
imposed, order the forfeiture to the State of any property which has passed in
connection with the commission of the offence.
Persons found guilty of crimes may
also be sentenced to serve prison jail terms.
The courts may order a found guilty
of a criminal act to pay a fine.
The prerogative of mercy can be
exercised in accordance with the constitution.
Adedunmade Onibokun, Esq
@adedunmade
dunmadeo@yahoo.com