Ivie Omoregie: On Becoming – Did Someone Say ‘Defamation’? 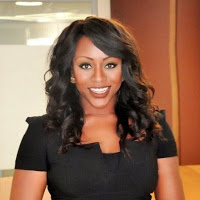 Ivie is a commercial lawyer, with experience and keen
interest in projects and transactions work within the Sub Saharan African region.
She is called to practice in England and Wales and Nigeria.
Ed’s Note – This article was originally published here.

PENALTY FOR DEALING IN STOLEN PROPERTY
DID YOU KNOW: CYBER TERRORISM
Expanding your legal practice offshore: An #NBAAGC2019 Session