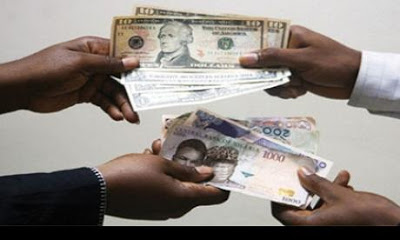 Anyone living in or having
dealings with Nigeria over the last few months would be aware of the MADNESS
(apologies for the crude terminology) that has engulfed the value of the naira.
This is especially so for people  who have forex denominated outflows, yet
receive their primary income in naira. I, for one, have resorted to suffering
and smiling, hoping like all struggles, this too shall pass.

The biggest issue being the fact that the Central Bank of Nigeria (the “CBN”)
simply does not have enough foreign currency reserves to pay companies entitled
to access the official forex market (selling at N197.50/$) and thus forcing
these companies to source their forex demands on the black market (selling at
N365/$). As you can imagine, when transacting in high volumes, this discrepancy
is simply not sustainable and has been the main reason we have seen a drastic
slump in the rate at which foreign investors are coming into Nigeria.

For example, as of March
2016, an equivalent of about $575million belonging to foreign airlines was
trapped in Nigeria, with the CBN being unable to source the dollars to enable
these airlines send back these funds at the official rate. Anyone who tried to
book an airline ticket during this period might have noticed that the price of
tickets had sky rocketed, with some airlines simply mandating that payment for
their tickets be done in foreign currencies. Only airlines apparently not in
dire need of these funds, and able to lock in their naira balances have been
able to maintain a relatively reasonable naira ticket price.

The Wednesday 15th
June 2016 Guidelines
There has been a lot of speculation about the devaluation of the naira. We all
knew it was inevitable, but the question was ‘when?’.
On Wednesday the 15th June
a friend called to inform me that the CBN governor was already on TV about to
make the long anticipated official pronouncement on the flexible exchange rate
regime.

As we watched the speech
the room was in total confusion as to exactly what he was saying, arguments
broke out left right and center in a bid to interpret the meaning behind what
was being said and the impact it might have on the way we are currently doing
business. I am sure at the time of making the pronouncements some specific
details regarding the realities would have needed further working, with some
members of the CBN being slightly confused themselves.

This article intends to
summarise some of the key changes introduced by the CBN guidelines in a manner
that everyone can understand.

Uncapped and
Flexible Pricing
The official forex market rate has now been discarded, thus we will no longer
have the N197.50/$ peg which had been previously available for eligible
transactions, and which has arguably been a great hindrance to the economy.
What has been introduced in its place is a single market structure that will
have exchange rates which will not be dependent on or be determined by the CBN.
This new forex market will instead be driven by market forces, with the value
of the naira being determined on a daily basis by these forces, similar to what
we have on the black market.

Under these new
guidelines, the CBN is empowered to participate in the new forex market through
periodic interventions to either buy or sell FX as and when needed to ensure
continuous liquidity, thus keeping the exchange rates within check.

Over The Counter
Forex Futures Market
In a further attempt to
somewhat stabilise the new forex market the CBN has also introduced the forex
futures market. On this market, authorised dealers and end users with eligible
trade backed transactions may purchase forex for future use. So for example,
where a trade-backed end user has purchased forex for use over the next 12
months and has agreed a rate of N298/$ for such transactions, where at the time
of actual forex exchange the market price has gone up to N291/$ the CBN will
bear the naira difference. However in instances where the price has gone down
to N295/$ the trade backed end user would have to refund the CBN the
difference.

This new one -the-counter
forex futures market is aimed at reducing the demand for forex on the spot
market (where foreign exchange is traded for immediate delivery). This is done
by moving the non-urgent or anticipated demands to the futures market. This
will also enable the CBN to anticipate bulk forex demands, thus making the
necessary plans to cater for same accordingly.

Eligibility for the
New Forex Market
Unfortunately, under the
new guidelines all the items previously ineligible for foreign exchange at the
official rates (N197.50/$) remain ineligible in the new market and would have
to continue to source their foreign exchange needs from alternative sources.
Thus businesses involved in the importation of rice, furniture, toothpicks,
textiles etc. would have to continue to call Mallam Awalu to change their naira
to Dollars.

Conclusion
The truth is, no one knows what the future holds, including the CBN. As we have
seen over the last few months, a number of policies have been introduced with
the hope of alleviating the illiquidity situation; and as we can all testify,
policies introduced in the past have only successfully made the situation
worse. However, as a loyal patriotic supporter of the Nigerian economy, I sit
with arms folded and prayerful that this too shall also pass.

Fighting Voter Apathy With Empathy: A Way To #ShapeTheFuture | Adedunmade Onibokun
PERSONS LIABLE FOR DEPORTATION
When fuel queues and LASTMA Jams You