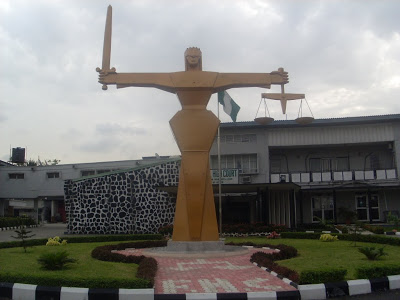 When as Nigerians, we come in contact with the law, either through contracts or court prosecutions and civil actions, it is sometimes difficult to fully understand the system of the law so we usually depend on lawyers to interpret the laws or procedures and also to stand for us as advocates in court. This article will be giving a brief introduction to the Nigerian legal system in a lay man’s terms in other to help the common Nigerian on the street who has no legal training understand how the law affects his civil rights, duties and obligations.

SOURCES OF NIGERIAN LAW
There are numerous sources of law in the Nigerian legal system, they include:
1. The Constitution
2. Federal and State laws made by the Legislature. E.g. the National Assembly, consisting of the Senate and House of Representatives and also State House of Assemblies.
3. Customary and Islamic law
4. Laws of regulatory agencies such as NAFDAC.

Courts are an independent branch of government that exist to interpret laws, to enforce the laws, to resolve disputes, and to protect the rights people have as citizen of the Federal Republic of Nigeria. Another crucial responsibility of courts is to settle disputes or render judgment between people. Courts also play a very important role in preventing the government from abusing its power. Courts exist to check government power by halting infringements of liberty and compensating those who have been injured by government wrongdoing.

Lawsuits brought by the federal or state government to prosecute a person for violating a law are termed criminal cases. Only the government can initiate a criminal case in court, unless an attorney is granted fiat for that purpose by the Attorney-General. While lawsuits brought by private citizens against another person which are not criminal in nature are termed civil cases, examples of this include cases for breach of contract, false imprisonment, nuisance or defamation.

ASSERTING CONSTITUTIONAL RIGHTS
People can assert their constitutional rights in both criminal and civil cases. For example, a person being prosecuted for a crime can argue in defence that the government acted in violation of the Constitution, for instance, by conducting a search without a search warrant. Alternatively, people can sue the government for violating their rights and stop the government’s action or receive compensation for their injuries. This is called Fundamental Rights enforcement Proceedings.

THE ROLE OF ATTORNEYS
Lawyers are individuals trained in the law who represent the interests of their clients. Under the rules of the profession, attorneys must do everything for their clients, within the bounds of the law that they would do for themselves under the circumstances. Attorneys are required to keep secret what they are told by their clients; this is called Attorney-client privilege. The Constitution guarantees everyone who is charge with a crime the right to have an attorney.
The Nigerian legal system is constantly changing and evolving. Countless problems confront the judiciary as it tries to provide justice for those who are parties to court proceedings. The current system is terribly overburdened. There simply are not enough judges and courtrooms to accommodate all of the cases that must be handled. As a result, there are often long delays before matters are finally disposed of. Additionally, although equal justice for all is the goal, all too often the reality is much different. Many of the poor and middle class simply cannot afford the costs of the legal system and thus sometimes abandon their claims in court.