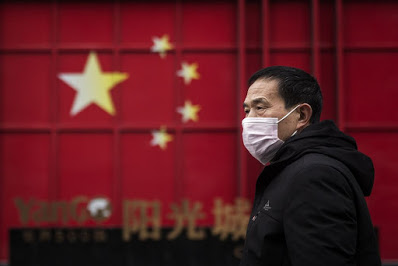 Since its outbreak in Wuhan, the
notorious COVID-19 has spread to become a phenomenon that exerts effect on the
world on a grand scale, cutting across every facet of human endeavours and
decisively affecting everything it touches. While nothing else had shaken the
world in a couple of years as the novel pandemic, it is only natural that such
an enormous global event would inspire a lot of responses from a lot of angles.

Interestingly, the outbreak of the
COVID-19heralds an era of landmark litigations, opening a floodgate of lawsuits
brought by activists, nations and other disgruntled forces seeking to hold
China liable for the deaths, untoward economic hardship and global turmoil
caused by the virus. While these suits appear to be manifestly vexatious on
account of lack of a watertight account on the origin of the virus or any
plausible evidence that China did engineer and weaponised or negligently
omitted to contain the virus,I do not want to venture into the nitty-gritty of
these arguments as this is just a commentary on the propriety of the suit filed
by a coalition of lawyers in Nigeria, and other similar suits elsewhere.

The class action is being fronted by
Prof. EpiphanyAzinge, SAN, a revered learned silk and seasoned academic I
greatly respect, claiming a whopping $200 billion as damages for the “loss of
lives, economic strangulation, trauma, hardship, social disorientation, mental
torture and disruption of normal daily existence of people in Nigeria”. This comes
amidst the spate of suits pursuing similar goals in the US, Australia, etc.

These suits, as revolutionary as
they may seem, are specious in light of the unassailable doctrine of sovereign
immunity within the parlance of International Law. It is an elementary
principle of law that sovereign nations are immune from legal proceedings in
another’s own court, and this doctrine is a huge barrier to the liability of
governments to foreign judicial oversight. This doctrine was enunciated from
the time when it appeared to be an affront to national sovereignty for a
sovereign state to be a subject of judicial control of another. The obvious
logic behind this rule is that if allowed, it would open a Pandora’s box
allowing nations, using their courts, to hold one another liable for alleged
misdeeds.

The forces behind the suit before
the Federal High Court of Nigeria ought to have given some thoughts to the fact
that China, being a sovereign state, is shielded with immunity from actions in
the court of any other nation. Even though various laws place substantial
exceptions to this general rule, this case is not a just exception given that
prevention and control of the COVID-19 falls squarely within the sovereign
governmental affairs of China (acts jure
imperri), and not a contractual obligation (acts jure gestions) that would scale the test of immunity.

The nascent argument making a case
for waiver will not stand, as the rule of sovereign immunity is not a favour
nations do for their sovereign equals. It’s based on a shared reciprocal
understanding that we will not allow our people to sue you if you will not
allow yours to sue us.

The immunity doctrine is hinged on
the principle of sovereign equality, often expressed by the maxim “par in parem non habet imperium”, to
wit: equals have no sovereignty over each other. After landmark articulations
of this doctrine in judicial decisions, conscious attempts to provide
legislative flavour to the doctrine followed suit, hence international
instruments such as the European Convention on State Immunity 1972, the United
Nations Convention on the Jurisdictional Immunities of States and their
Property 2004 (the New York Convention) were re-echoed by national legislations
such as the United States’ Foreign Sovereign Immunities Act 1976, Britain’s
State Immunity Act 1979, the Canadian State Immunity Act 1982, among others.

The doctrine is broad; so broad that
the United States’ Supreme Court interpreted the Foreign Sovereign Immunities
Act to rule in favour of Nigeria in Verlinden B.V v. Central Bank of Nigeriathat
foreign countries need not even respond to complaints before US courts.

While it is undisputed that the
sovereign immunity doctrine is not absolute, it follows that the suit filed by the
learned silk should be reconsidered against the weight of the avalanche of
arguments in favour of China’s immunity. Not even the point that the laws in
support of sovereign immunity are foreign laws or international treaties not
binding on Nigeria will stand, as the case for immunity of states has evolved
as a robust, impenetrable principle of customary international law, barring
foreign impairment of state sovereign prerogatives. The most honourable thing
in the circumstance is for the learned silk to withdraw the suit and, if he has
to, explore other remedies through the International Court of Justice.

Atiku is a legal
researcher and a past National President of the Law Students’ Association of
Nigeria. He can be reached on amjafar01@gmail.com

IP ABC—Must an industrial design be registered before it can enjoy protection? Infusion Lawyers
Chidoka Nwebo's passing is a big loss to the NBA
Over 80 Corporate Sponsors Including Oando Plc, Zenith Bank, Total E & P, Among Others Are Part Of T...