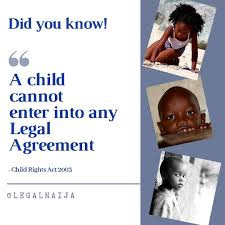 On 30th November 2019, it will be 30 years since the Convention on the Rights of the Child (CRC) was adopted by the United Nations General Assembly. Nigeria became a party to the CRC in 1991, just two years after. In order to incorporate the provisions of the CRC into Nigerian law, a Child Rights Bill was proposed in 1993 but was opposed by conservative religious groups and traditional rulers on grounds of incompatibility with religion and culture.

The Nigerian Child Rights Act (CRA) was eventually enacted in 2003 further to the recommendation by the UN Committee on the Rights of the Child in 1996 to enact legislation in this respect. Nearly 16 years after however, it is yet to be universally implemented in Nigeria. About 24 states have implemented the Child Rights Act with 12 states refusing to implement the Act. Of the 12 states, nine are in the North-East region of Nigeria which has the lowest literacy rates and highest number of child-brides . Many of these states oppose the CRA on grounds of the incompatibility of its provisions with Islamic law.

Numerous calls have been made for these states to incorporate the CRA into domestic law. Unfortunately, the peculiar constitutional arrangement of the Nigerian federation purportedly implies that unless these states incorporate the CRA into domestic law, it remains inapplicable in these states. Legislative competence under the constitution is divided between the federal and state governments. The federal legislature is competent to legislate on matters under the exclusive list and the concurrent list. The state legislature is competent to legislate on matters under the concurrent list. For matters not contained in either list, any federal legislation is only applicable in states to the extent of incorporation under state law. Child rights is a matter under the residual list and as a result, its provisions are only applicable in states to the extent that they are incorporated into the laws of the state.
It does not appear as though any of these states are not willing to change their stance with respect to the implementation of the CRA and in any case, as asserted by Ogunniran, trying to reconcile the CRA with Sharia Law is an exercise in futility. This does not however suggest that with respect to child rights protection, the federal government is helpless. Where there is a conflict between validly made federal and state law, federal legislation prevails and such state legislation is void to the extent of its inconsistency. Being federal legislation, the CRA should therefore prevail over any state law that is incompatible with its provisions. Surprisingly, this position is hardly advanced in mainstream arguments relating to child rights protection with emphasis being laid instead on encouraging Northern states to domesticate the provisions. This may be due to the fact that without a corresponding political will on the part of states, substantive implementation of the CRA will not be guaranteed even if its supremacy under the constitution is asserted to void incompatible provisions of Sharia Law for example. 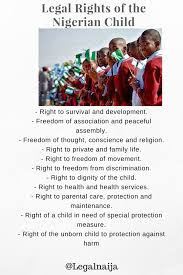 Are there any alternatives? Perhaps focus need to shift towards reforming existing law for the purpose of implementing the provisions of the CRA. In the first instance, fundamental rights under the constitution are deemed applicable to ‘every person’ in Nigeria. According to Section 3 of the CRA, those provisions apply ‘as if they were stated in the Act’. It is in my view not far-fetched to argue that this implies that as far as it relates to children, the CRA should represent the authoritative interpretation of fundamental rights provisions under the constitution.
Another option is to consider the CRA as being the universally applicable law in matters that relate to children under the exclusive legislative list. For instance, the National Assembly is empowered under the exclusive legislative list to make laws relating to the health, safety and welfare of employees. In this area, the CRA may apply in setting the conditions under which children may engage in labour even in states that have not implemented the CRA. The regulation of ‘prisons’ is also a matter under the exclusive list. The provisions of the CRA prohibiting life imprisonment for juveniles can on this basis be regarded as universally applicable on. Post-primary Education is also under the concurrent list, meaning that in cases where the provisions of the CRA conflicts with state law on post-primary education, federal law prevails. Emphasis may be laid on such constitutional guarantees in order to ensure that CRA provisions in this area is universally applicable.
The United Nations Committee on the Rights of the Child has particularly suggested reforming existing law to ensure compatibility with the CRC. It is however noted that majority of the subjects of particular relevance to children including offences under the Criminal and Penal Codes applicable to Southern and Northern Nigeria respectively are not covered under either the exclusive or concurrent legislative list. Consequently, legislation enacted for the purpose of reforming existing law will still face the problem of limited applicability.  This has been the problem with enforcing subsequent child-rights friendly legislation such as the Violence Against Persons Prohibition (VAPP) Act 2015 which prohibits, among other things, Female Genital Mutilation (FGM) but is only applicable in the Federal Capital Territory. Another option might be broadly interpreting Item 61 of the exclusive legislative list under Schedule 2 of the Constitution to include certain matters that are covered under the existing Criminal and Penal Codes relating to children.
As evidenced above, there are different ways by which the substantive provisions of the CRA can be universally applicable even without domestic incorporation. Moving away from the incorporation of the CRA into domestic law, there is a stark reality that needs to be confronted one way or another with regards children in Nigeria. The numbers may conflict but current statistics show that Nigeria has the highest number of out-of-school children in the world . A significant number of Nigerian children are suffering from violation of their fundamental rights, even in states that have purportedly implemented the provisions of the CRA. In a legal context, the CRA is hardly used as a tool for child rights litigation and has only been referred to or relied upon in a handful of cases. A significant tool in enhancing child rights protection is the development of caselaw to that effect and the CRA needs to serve as a primary frame of reference in all decisions involving children, even in cases where the parties are adults.
In all of this, it does not appear as though there is any form of political will either at state or federal level to specifically give effect to the provisions of the CRA. With respect to states that have implemented the CRA, greater effort must be made to ensure that its provisions are implemented. Cases involving children should be dealt with under the CRA in order to establish a significant body of case-law relating to child rights protection. Establishing a body of jurisprudence, no matter how significant, does not however replace the need to ensure that greater awareness is created among civil society of the status and relevance of the CRA. UNICEF Nigeria seems to be taking steps in this regard in ensuring that a copy of the CRC is made available to children in local languages . Reports have also emerged of a child-led petition to the Federal government of Nigeria to amend the constitution for the eradication of child marriage. Whether such awareness-creating steps will generate the necessary political and civil society support remains to be seen. One would Otherwise building an effective child rights protection framework may remain a mere pipe dream.
Fifehan Ogunde

Oluwafifehan Ogunde is an research specialist and consultant with research interests in human rights law, criminal law and constitutional law. He has a Master’s degree in Human Rights Law from the University of Nottingham and a Bachelor’s degree from the University of Sheffield. He is also a barrister and solicitor of the Federal Republic of Nigeria, having been called to the Nigerian Bar in February 2012.

3 Things You Can Do Ahead Of The #NBA2020AGC
Why you should consider impact investment in Nigeria – Sandra Eke
Esq Mentoring Sessions: How Young Lawyers Can Become Indispensable Associates