I’m just a tenant, why do I have to tidy the premises? 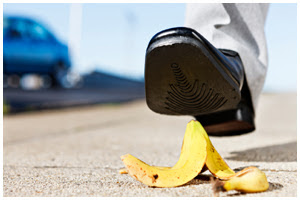 The weather had
been very hot for several weeks and they all prayed and wished for rain to fall
and dampen the grounds. So when the downpour started, everyone was excited and
the relief could be felt in the air. And then the rains continued, and
continued…
…and refused to
stop. The winds also joined forces and blew ferociously. The joy residents felt
began to turn into fear, afraid that God had decided to punish them with flood
just as it happened in the days of Noah.
Anyways,
prayers were answered and the storm and rain passed.
And residents
were left to deal with the aftermath of the storm. A resident of the neighbourhood,
Mr. Ayoka’s roofs had been peeled off by the storm and his beautiful garden had
been turned into an ugly mess.
Mr. Ayoka was angry at the wind, the storm, the rain and nature in general and
stubbornly refused to clean up the mess. He insisted that nature come clean up
the mess it had caused. Mr. Ayoka’s roof had fallen on his lawn and onto the
road and 7-year old Peter who was innocently riding his bicycle fell on the
roof and sustained some injuries. Of course, Peter’s parents sued and Mr. Ayoka
was unable to avoid liability as an occupier of the property.
Occupiers’ liability is
an aspect of tort law that places a duty of care on the occupier of a property
to people who visit or trespass on his property. This means the occupier of the
premises will be held liable for any accident or incident that happens due to
his negligence, such as leaving the premises in a defective or dangerous
condition. So an occupier is responsible for people who visit his property with
or without his permission; he is liable for their safety except if the person
is a criminal.
Simply put,
occupiers’ liability helps to ensure that occupiers put their properties in
safe conditions. Where an occupier fails to do this and an innocent party
sustains an injury on his premises or property as a result of his negligence,
the occupier will be held liable.
Ed’s Note: This article was originally posted here
on the TYlegal blog.

Opinion: On Sambo Dasuki and the ruling of the ECOWAS Court by Raymond Nkannebe
Fashion And Law In An Emerging Economy | Toju Dottie
NIGERIA—THE LARGEST ECONOMY IN AFRICA: WHERE DO THE LAWYERS FIT IN? | OLUMIDE AKPATA