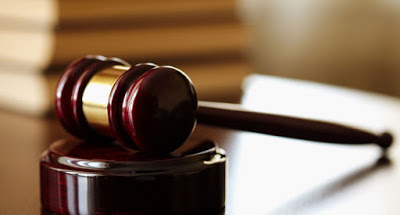 Brief Facts:
The
Applicant was an employee of Julius Berger Nigeria Plc, but whose employment
was terminated at some point. He maintains a Retirement Savings Account with
the 2nd Respondent (ARM Pensions) in line with the provisions of the Pension
Reform Act 2014 and had his Pension contribution remitted into his RSA in line
with extant laws of the Contributory Pension Scheme. He sustained an eye injury
at the time of his employment and which condition according to him had
deteriorated before and after the termination of his employment.
He
forwarded an application to the 2nd respondent to allow him access to the
balance in his RSA to fund the medical treatment. The
2nd respondent had in compliance with the provisions of the PRA 2014 earlier
paid him 25% of the sum in the RSA, flowing from which his subsequent request
to access the outstanding balance was denied by the 2nd Respondent (ARM
Pensions).
The
Applicant (Ibrahim Abdullahi) claimed that this refusal was a breach
of his Fundamental Human Right as enshrined in Chapter 4 of the
1999 Constitution and the African Charter on Human and People’s Right
(Ratification & Enforcement) Act, Cap 10, LFN, 1990; hence he brought an
application to enforce his Fundamental Human Rights under the Fundamental Human
Right (Enforcement Procedure) Rules.
Learning
Points:
·
Jurisdiction:
This
matter was instituted at Federal High Court by the applicant on the authority
of Section 34(1) of the 1999 constitution praying the court to enforce his
fundamental human rights under the Fundamental Human Rights(Enforcement
Procedure) Rules. Being that the matter was brought under Section
34(1) of the 1999 constitution, the Federal High Court will automatically have
jurisdiction to determine the suit. However, by virtue of section 254C (1) of
the Constitution (Third Alteration) Act, 2010, which conferred jurisdiction on
National Industrial Court, disputes arising from payment or nonpayment
of pensions is within the exclusive jurisdiction of
the National Industrial Court.
Pre-Action
Notice
The Pre-action notice requirement
under Section 109(1) of the PRA 2014 is only applicable where the suit is
brought against any of its officers as mentioned in that section and does not
in any way extend to suits brought against the National Pension Commission.
Fundamental
Objective of the Scheme
The
fundamental objective of the Contributory Pension Scheme is as stated in
Section 1 (1) (c) of the PRA 2014 which is to ensure that every person who
works receive their retirement benefits as and when due. ‘the regime
which the PRA 2014 introduces in Nigeria is not a medical health insurance
scheme.” Per Nnamdi O. Dimgba J. (Ibrahim Abdullahi V
National Pension Commission & Arm Pension Limited).
Contract
The
relationship between a Pension Fund Administrator and a RSA
holderis contractual, specifically a statutory contract. This
contract is governed by an Act of the National assembly and attempts to vary
the terms of the contract as statutorily mandated will be null, void and
ultra-vires. “Sums are only accessible as provided by the PRA, and
the Applicant has already taken the maximum benefit permissible under the
circumstances that he had found himself” Per Nnamdi O. Dimgba J. (Ibrahim
Abdullahi V National Pension Commission & Arm Pension Limited).
Constitutionality
of the Provisions of Section 7 & 16 of the PRA 2014
The
premise of the argument of the applicant in the case of Ibrahim Abdullahi V
National Pension Commission & Arm Pensions Limited is that Sections 7 &
16 of the PRA is unconstitutional as they violate fundamental rights. In what
can be termed a landmark judgment and a possible Locus Classicus on
the subject matter, the learned judge (Nnamdi Odimgba J.) in
resolving this affirmed the provisions of the PRA 2014 thus; “…the premise
of the argument to wit,…is flawed…in any event the law is pretty settled that
fundamental rights are not absolute, and that their enjoyment is always subject
to laws reasonably justifiable in a human society…
Access to RSA on medical grounds
It
is trite that access to the Retirement Savings Account on medical grounds can
only be in line with the PRA 2014 and any attempt to circumvent these
provisions is unlawful as enunciated in the decision of Nnamdi O.
Dimgba J. (Ibrahim Abdullahi V National Pension Commission
& Arm Pension Limited)
“I do not agree that the circumstances of this suit
fall within the contemplation of suits that can be brought through the
fundamental human rights enforcement procedure. I am more inclined to the view
that resort to the fundamental human rights procedure here is done in an
abusive way to circumvent compliance with a requirement in the pension law, or
to avoid complying with an obligation in a statutory contract. As much as I
share some sympathy for the present life challenge of the Applicant, this
practice must be deprecated.”
It
is highly commendable that the court in this matter dispensed the carrot and
sticks within an unprecedented timeframe as issues before his lordship were
dealt with timeously. In conclusion, the learned judge having adumbrated the ratio
decidendi (reasons for the decision) came to an inevitable
conclusion that the applicant’s application lacks merit and no order as to
costs was made.

Ed’s Note: This article was published by the author on 15th April, 2016 on www.linkedin.com via https://www.linkedin.com/pulse/ibrahim-abdullahi-v-national-pension-commission-arm-limited-okunola?trk=prof-post

Statement by NBA President On The Pervasive Insecurity In The Land
Force Majeure vs. Frustration: The Clear Difference | Deola Osifeko
Securing The Socio-Economic Welfare Of Nigerian Lawyers: Beyond The “9-5”|Fifehan Ogunde