How the Nigerian Judiciary Can Rediscover Itself – Some Practical Tips 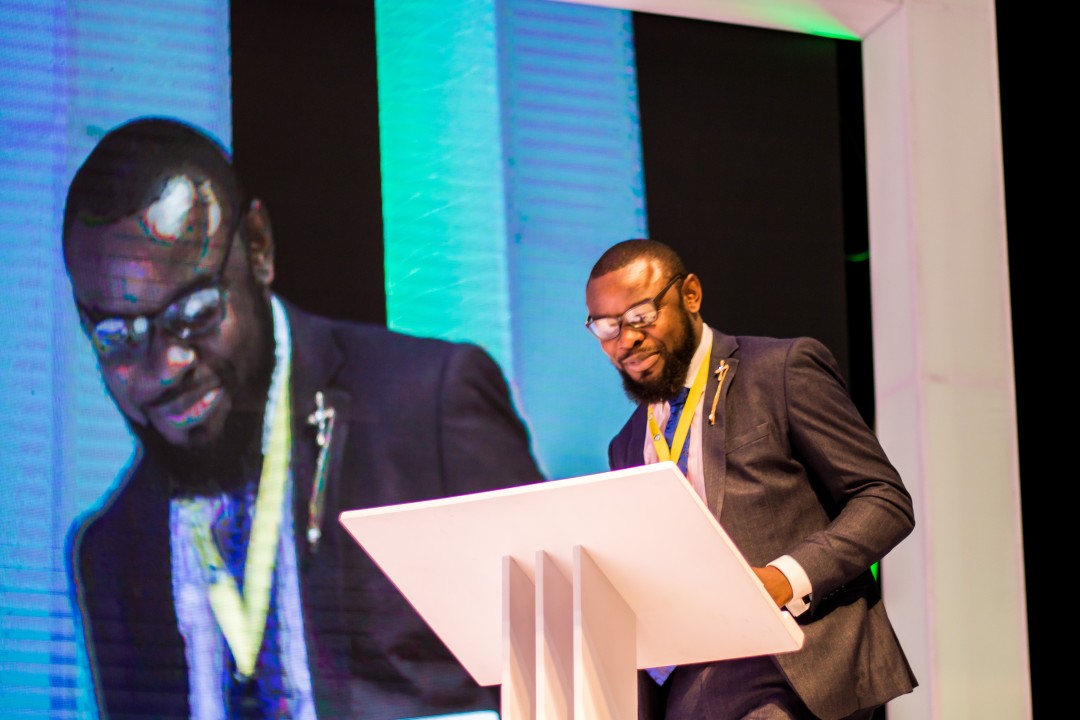 The contents of this post
were first published as a Twitter Thread on Saturday, 27th September 2019. I
wish you a happy reading.

While witnessing the
proceedings in the P&ID Ltd v Nigeria case on 26th Sept I promised
to do a thread on how the Nigerian judiciary can save itself. I know I make too
many promises and don’t keep all. I am happy that I am able to keep this.

First of all, some house
cleaning exercises are in order. Without blowing my trumpet, I can say that in
the 6 years that I appeared before Nigerian courts, I gained an in depth
knowledge of the workings of the justice system in Nigeria, enough to also appreciate
the weakness. I have discussed extensively the weaknesses of the court system
in Nigeria. Some friends have suggest that I should consider a role in the
Nigerian judiciary or Federal ministry of justice. I have a deep love for
Nigeria, make no mistakes about it. But I am happy to contribute in another
role.

One of things I heard when I
was starting my first degree in Abia State University, and which stuck, was
that University is a place where you learn, unlearn and relearn. And for those
humble enough to unlearn and relearn, it is a refreshing experience. Thankfully
in the 12 months since I came for my 2nd degree, I have learned, unlearned and
relearned. What I discuss below is a combination of the things I learnt in my
Masters Degree class and some practical tips I picked from witnessing the
P&ID Ltd v Nigeria proceedings. I will discuss the above under five
headings; (i) jurisdiction rules (ii) Leave to appeal (iii) Adjournment of
cases (v) appointment of judges and (v) preparedness of judges. All of these
add up to fundamental question of case management.

In an article I published a few years ago, I joined the Nigerian
judges in condemning the unbridled rights that litigants have to challenge the
jurisdiction of courts to hear certain cases. In that article I argued that
preliminary objections to jurisdiction contributes in the delays and congestion
of cases in court. That’s correct. But I also made it appear as if it is only
in Nigeria that lawyers and litigants unduly resort to preliminary objections.
To an extent I was wrong.

Just like the case with
Nigerian court system, litigants in England also have a right to challenge
jurisdiction. In fact their rule is even stricter because if you don’t
challenge jurisdiction and enter appearance, you are deemed to have submitted
to jurisdiction. The only difference is that the English judges are better
equipped to deal with jurisdictional challenges. I dare say that it is not a
question of the rules of court but the judicial will to enforce the rules of
court. Join me as I seek to demonstrate this.

From experience, I have seen
cases that had no business in the Federal High Court e.g. land matters,
contracts etc. filed there. And despite the objection of the defendant, a smart
lawyer is able to maintain the case there. I hereby plead my right against
self-incrimination.

In Nigeria, to determine a
jurisdictional challenge, the court only reads the originating processes and
the motion objecting to the court’s jurisdiction, together with the affidavits
& written addresses, and then hears a few minutes of counsel’s oral
arguments. As a result, the judge is not able to appreciate the true nature of
the dispute and is therefore easily hoodwinked by smart counsel. In England,
there are actually proper hearings [sometimes lasting several days] on
jurisdictional challenges alone, with loads of evidence. At the end the judge
is in a better position to know whether the case is rightly or wrongly brought
before the court. And believe it or not, once the jurisdictional challenge is
determined one way of the other, most of the cases are settled. The explanation
for this is beyond the remit of this long thread. And we have not even started.

My simple suggestion? It is
admittedly a stretch to expect Nigerian courts to start by holding several days
of hearings on Preliminary Objections. But at the very least, Nigerian courts
can rely on the current rules and invite the deponents to the conflicting
affidavits to the witness box for questioning. I can bet you that by the time
the judges hear oral testimony of witnesses from the outset, on the actual
nature of the dispute, the judges will see through more than half of the
Preliminary Objections and be in a position to deliver better reasoned rulings.
And this does not require new laws or amendment of the rules of court.

The second point is the
issue of granting leave to appeal. Under the Nigerian constitution and the rules
of courts, some categories of appeals cannot be filed except you first obtain
permission of the court. And the case law is clear on what you must prove to
get leave.

Although the formulation is
different between Nigerian & English law, the principles are the same.
Under English law, to be entitled to permission to appeal, the proposed ground
of appeal must show that the appeal stands a realistic as opposed to a fanciful
prospect of success. Under Nigerian law, the requirement for the grant of leave
to appeal is that the grounds of appeal must show prima facie good cause
why the appeal should be heard, in other words the grounds of appeal must
disclose arguable issues.

During the P&ID v
Nigeria case, both counsel had hours to argue whether Nigeria should be granted
permission to appeal. The arguments were not abstract. Each ground of appeal
was scrutinized against the backdrop of these requirements. In the end, the
court granted Nigeria permission to appeal on some of the grounds and refused
to grant permission to appeal against other grounds.

Where that is the case, at
the end of the day, when you are granted level to appeal, it ensures that the
appellate courts i.e. the Court of Appeal and the Supreme Court are not unduly
burdened with frivolous appeals and only the appeals that have a serious chance
of success or will contribute to legal development will end up being heard.

One reason for this this is
the unbelievable rule of the National Judicial Council (NJC) which mandates
judges to submit a number of judgments every quarter. It is the same reasoning
behind stipulating a minimum number of cases that a lawyer must have before
being considered for SAN. In the end, it elevates quantity over quality.

This is also the case with
application for enlargement of time to appeal. Under our rules, an applicant
that is out of time to appeal must explain its delay in filing by giving good
and substantial reasons and then demonstrate that the grounds of appeal disclose
arguable issues.

However, our courts make it
clear that they would grant enlargement of time in almost all cases even when
the applicant has not demonstrated good and substantial reasons. The Nigerian
Supreme Court recently worsened matters when it held that once the ground of
appeal is on jurisdiction you need not give sufficient reasons for being out of
time. Incredible. So you can lose a case and then wait 20 years before bringing
an application for extension of time. All you need do is to garnish with a
jurisdiction based ground, however tenuous the connection.

Yet, these same courts will
still complain about congestion of cases in courts. It has been said that
appeals take an average 3 years to get a hearing date at the Court of Appeal
and 7 years at the Supreme Court. This is part of the reason. To put it
starkly, a lot of pending appeals are frivolous.

The next thing is the
adjournment of cases. This is one is really pathetic. Most lawyers have
experienced working all night or all weekend in preparation for a case only to
get to court and either the court is not sitting or the lawyer on the other
side asks for adjournment on the flimsiest of excuses. Sometimes with the
acquiescence of other lawyers. I might be exaggerating but if your mother died,
you dare not come before an English court to ask for adjournment for a case
that was fixed 6 months earlier. The court will slam you with punitive cost and
possibly report you to the relevant authorities. I am talking about costs in
the range of £50,000. I remember a Senior Advocate of Nigeria once asked for
adjournment of a trial in Nigeria because he had to preside over a family
function. In that case, the court rightly rejected his application. I bet you 8
out of 10 judges would have accepted.

On the two days I witnessed
the Nigerian proceedings in London, it was the only case listed for the day. On
14th June when the court heard arguments on the application to enforce the
award, there were several developments that would have truncated the proceedings.
In fact I concluded the court would not hear the case that day and after the
case was stood down, I had to leave for a prior engagement. I was pleasantly
surprised to read later that day that the court proceeded with the hearing. In
Nigeria, some judges happily line 30-40 cases per day, and only do justice to
5. And adjourn the rest. After keeping lawyers in court all day. Sometimes you
wonder whether our judges derive any special from seeing their courts jampacked
with lawyers. And you can’t tell me Nigerian courts are busier than English
courts. For me, it boils down to case management.

One possible remedy is the
award of cost. And in truth the rules of court are adequate particularly the
Rules of the High Court of Lagos State. It is simply a question of the judicial
will to enforce it. To be fair a Judge in the Federal High Court, Lagos is
renowned for awarding massive costs. But My Lord is an outlier. On the
contrary, a judge of a State High Court in Nigeria awarded cost of N2000 as
recent as 2018. It is indicative of the value each places on the profession.

The next issue is the
appointment of judges. In England to be appointed as a commercial court judge,
almost all the judges would already have been distinguished practitioners, with
some being Queens Counsel. And it shows. On Thursday I witnessed the
extraordinary sight of a QC making a mistake in his argument and whether a
particular case applied for a purpose. The judge told him he was wrong. Pointed
it out. The QC apologised in open court and said his interpretation was wrong.

Permit me to say nothing
about the appointment of judges in Nigeria. Except that we have a long way to
go.

Finally on the related issue
of preparedness. As a judge, whether you were supremely qualified when you were
appointed or otherwise, hard work and preparation pays. It was obvious to all
and sundry in court on Thursday that the Judge had read all the papers in the
file. And his questions to lawyers and engagement with the case demonstrated
that. I hear this was the norm with majority of Nigerian courts in the good old
days.

In light of the foregoing,
you will agree with me that whilst law reform is a good thing, the truth is
that a lot can be achieved with the law and rules as we presently have them.
Most of the things I have highlighted can be implemented from next Monday. All
that is required is the right judicial attitude. I am available to further
discuss these and other practical tips to improve the Justice delivery system
in Nigeria. And I can do this even without being a judge. Have a good weekend.