HOW INHUMAN IS THIS LAGOS LAND USE CHARGE 2018? | Eseoghene Palmer 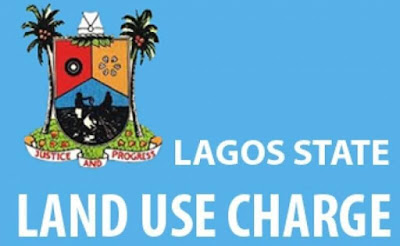 The Lagos State Government would
surely have gaped its mouth at the reactions of its ever praise-giving
residents; did the Ambode’s administration get this one wrong? The answer would
be a partial “Yes” and at the same time an anemic “no”. No doubt, it would be
agreed that the promulgation of the Land Use Charge (hereinafter, “LUC”) Law of
2018 did not come as a surprise, indeed, the former LUC Law of 2001 was in dire
need of repeal.
At least judging from the
more recent legislation, we can identify one unique benefit contrasting the old
law, that is, a consolidation of all land related taxes such as ground rent,
tenement rate, neighborhood improvement levy etc. into one absolute and unique
tax. The new law also appears to have taken cognizance of the dynamics of modern
housing in the state, flowing from the recognition of the possibility of a
landed property used for both residential and commercial activities. An example
would be a 4 story building wherein the first 2 stories are used for
residential functions and the lowers stories are used for commercial activity
like schools or stores.
To criticize, there appears
to be nothing wrong in the legal process that gave birth to this law. All boxes
appear ticked, consultations were made, town hall meetings held, legislators
had swung into action and stakeholders were abreast of the situation.
In a State where the major
natural resource is “Tax”, one might begin to wonder why the sudden outbursts
emerging from the masses. The following paragraphs may identify some of the
reasons.
1.
TAX
RATE FORMULA:
The tax rate differs per the
classification of the property as seen in the schedule of the LUC Act 2018, the
Old rate is also shown to further the difference