HOW GOVT HAS BREACHED OUR FUNDAMENTAL HUMAN RIGHTS 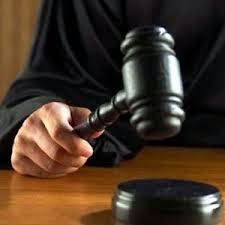 Note: This judgment has been appealed and the Court of Appeal has ordered a stay of execution thus restrictions still apply.
“When
we dare to struggle, then we dare to win. I therefore urge all Nigerians to
troop to the courts, to challenge the unchallengeables, to kick off the
arbitrary PHCN impositions, all illegal charges and tax impositions and all
obnoxious policies wickedly devised by all our rulers.” – Mr Ebun
Adegboruwa

If you have ever experienced
having to move around on a Saturday morning when there is ongoing sanitation in
Lagos, you will definitely like what I am about to share. I remember a Saturday
morning after having arrived at the airport in Lagos, I set out for home with
my cousin who had come to pick me and we had to abort our trip because armed
mobile policemen had laid siege on the Oshodi express-way and were arresting
those who did not stay home to observe the mandatory environmental sanitation.  Thank goodness for the touts who sheltered us
behind a locked street gate, though we had to pay for the temporary security,
they hid us from the policemen.
Security operatives have
always had a filled day on sanitation Saturdays, anyone caught on the road at
such times was either required to pay a heavy fine or sometimes summarily taken
before a mobile court and many people have fallen victim.  Now, what you will you do if I tell you that
we have been hoodwinked by successive governments, that our government has been
breaching our constitutional rights to freedom of movement by forcing us to
stay home for 3 hours, once a month and that those who have been taken before
mobile courts and punished have been sanctioned based on a law that does not
exist. Well, it’s true. We have been cheated. 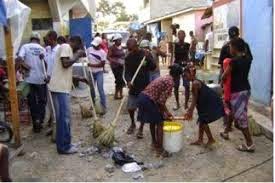 Today, a Federal High Court in
Lagos ruled that the restriction of movement during the monthly environmental
sanitation exercise in Lagos State is unconstitutional, illegal, null and void basically,
it is totally wrong. So government has been punishing us for nothing. Honourable
Justice Ibrahim
Idris held in his verdict on 16th March, 2015 that the sanitation
policy of the Lagos State Government where citizens are kept indoors for three
hours every last Saturday in a month, is unknown to any law. His Lordship further said that there
was no law in force in Lagos State, by which any citizen could be kept indoors
at the behest of the government. His Lordship stated that the 1999 Constitution
(as amended) grants freedom of movement to every citizen, and such freedom
cannot be taken away by executive proclamation, in the absence of any law to
that effect. Thus, there is no regulation in force presently, in Lagos State,
which authorizes the restriction of movement of citizens, on the last Saturdays
of the month, for the purpose of observing environmental sanitation.
Thanks
to a Lagos lawyer, Mr.Ebun Adegboruwa who filed the suit. While arguing the
matter, Adegboruwa had submitted that Section 39 of the Environmental
Sanitation Law 2000, of Lagos State, which the respondents claimed empower the
Commissioner for the Environment, to make regulations, could not be the basis
of restricting human movement on Saturdays, as no regulation in force had
indeed been made for that purpose. He challenged the Lagos State Government to
produce such regulation before the court. Counsel further urged the court to
hold that even if there was such regulation in force, it could not be enforced
on roads that were designated as federal highways under the Highways Act, such
as the 3rd Mainland bridge where he was arrested by the police and officials of
the Lagos State Traffic Management Authority (LASTMA) only if those guys
knew they arrested the wrong person that day.
So
I now look forward to driving on the next day designated for sanitation in
Lagos knowing that the Court of Law has rescued me from such a draconian law.
However, this does not mean we should not clean our neighbourhoods. Being neat
and tidy and keeping our environments clean is mandatory for everyone, it keeps
us safe from diseases.
Adedunmade
Onibokun Esq
@adedunmade
dunmadeo@yahoo.com

Forensic Document Examination at the 2018 Career Training For Lawyers
I'm just a tenant, why do I have to tidy the premises?
The Dealers