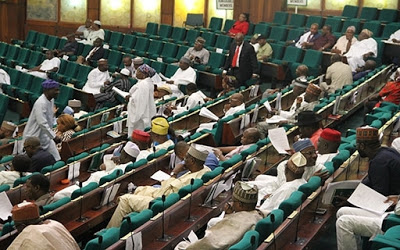 The
Code of Conduct Act has secretly been amended by the House of Representatives;
the secrecy behind the amendment must have been to prevent attracting the
attention of Nigerians who had in the past weeks decried the intention of the
Senate to amend same being that the Senate President is currently undergoing
trial before the CCT.
This
is more reason why Nigerians should pay more attention to the activities of
both chambers with eagle eyes in order to prevent the passing of any Bills
without carrying the public along.
By
virtue of the amendment made by the House, it has become compulsory for the CCB
to invite anyone considered to have violated the provision of the act before
referring to the CCT for trial. The above amendment was made to Section 3 of
the act which now includes a paragraph that reads,
“Upon complaint(s) of any breach or where it
appears to the Bureau that there is a breach of the provision or this Act, the
person concerned shall be given particulars of such non-compliance or breaches
to explain before any reference to the Tribunal”.
Furthermore, Section 4 (2)
was also amended to include the word “President”
and “National Assembly” as the bodies that can appoint and discipline staff
of the Bureau.
The above amendment
however raises a red flag, though in principle the CCB should not have
oversight over itself for the sake of transparency, it should only be the
President that should have such oversight powers over the agency.
What happens if another
member of the Senate is taken before the CCT, won’t the National Assembly try
to use the powers they now hold to act as overlords over the CCT. We saw
similar during the episodes of Saraki’s trial. Especially as we are dealing
with a National Assembly who allegedly pays more attention to issues that
concern their own over the interest of the Nation as a whole.
Nigerians must not forget
that this is a National Assembly that shrouds its finances in secrecy and is
far from transparent in its dealings with the public and with public funds.