Hon. Justice Adolphus Karibi-Whyte was passionate about the development of our nation | Caroline Ibharuneafe 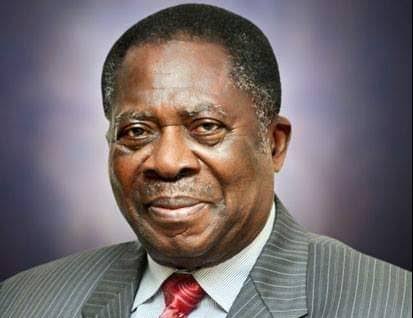 The news on the passing of Hon. Justice Adolphus Karibi-Whyte, a retired Justice of the Supreme Court of Nigeria, is very sad. My Lord , who passed on at the age of 80 was not only a Professor of Law but was the Legal Draftsman in the Rivers State Ministry of Justice in 1973 and later the Solicitor-General.

Justice Karibi – Whyte in 1976 was also a Judge of the Federal Revenue Court before he was elevated to the Court of Appeal in 1980 and the Supreme Court in 1984. My Lord was not only passionate about the development of our nation but also spent a life time in service to the Nigerian people. He was appointed Judge at the International Criminal Tribunal on November 7, 1993; chaired the Nigerian Constitutional Conference 1994-1995 and later the Counterfeit Currency Tribunal.

He was also Chairman of the Nigerian Institute of Advanced Legal Studies (NIALS); and was honoured with a national title of Commander of the Federal Republic (CFR) in 2008. My Lord will always be remembered for his legacy and service to humanity. I pray God grants his family the fortitude to bear the loss and I commiserate with the good people of Rivers State on the loss of their illustrious son.