Grounds For Divorce In Nigeria: A Legal Digest 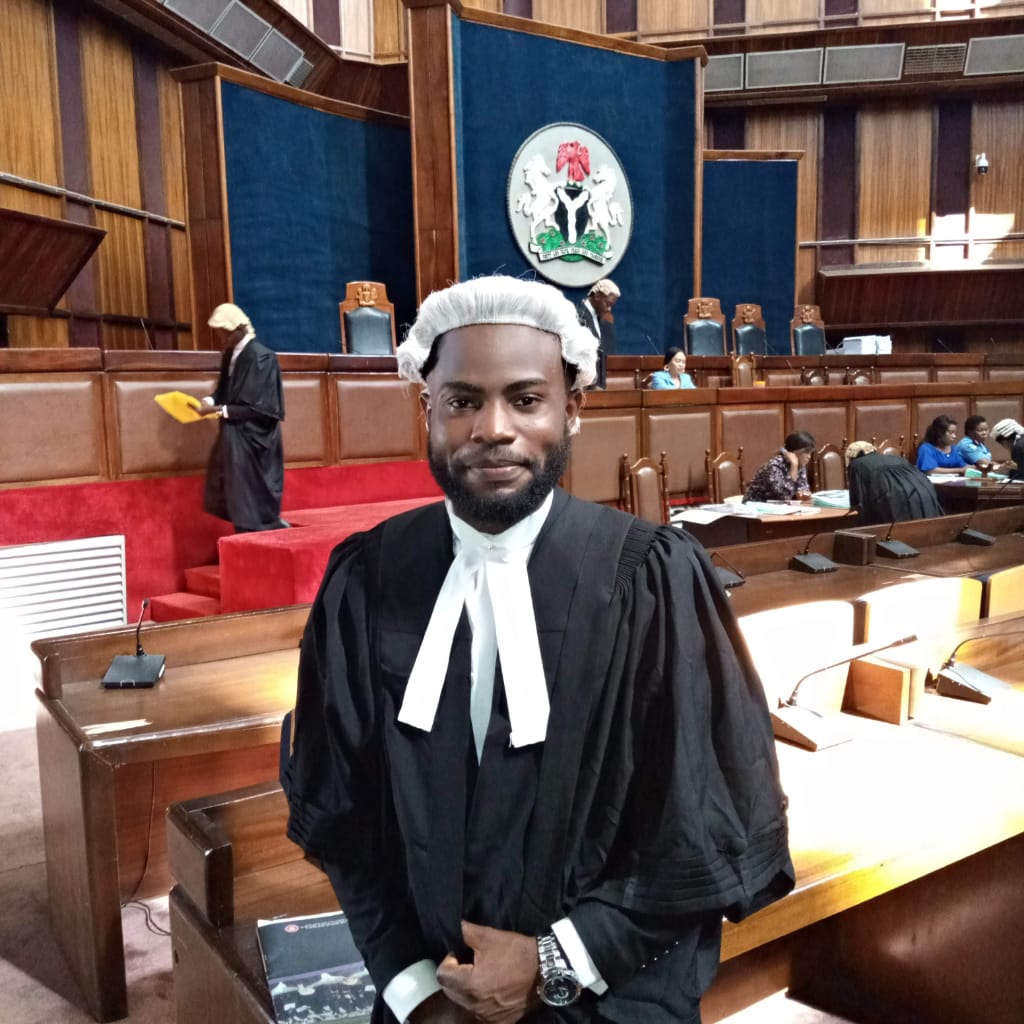 Marriage is a formal contract between two consenting
parties (man and woman). Generally, every contract is subject to termination or
determination. Thus marriage as a contract is no exception. This article explores
the legal way by which a marriage can be dissolved. There are three types of
Marriage in Nigeria i.e. Islamic Marriage, Customary Marriage and Statutory
Marriage. It is pertinent to state that the kind of marriage contracted
determines the form of divorce. This article focuses on divorce under statutory
marriage. It presents the reader, with other available options when divorce is
not practicable.

The article will be analyzed under the following headings;

3.
Claim
for damages where adultery is committed

Divorce (legally called dissolution of marriage) is a formal
process by which a marriage contracted under the law is terminated thereby
absolving parties of marital obligations. Dissolution of marriage is one of the
several reliefs available to a couple seeking judicial intervention.
Matrimonial reliefs are the remedies available to a party approaching the
court. Generally, the reliefs include;

1.
Nullity of a Voidable Marriage: This is where the marriage is not
valid from the beginning but it is subject to one of the party to set it aside.
The grounds includes, pregnancy before marriage, insanity, inability to
consummate/impotency, venereal disease etc. The Petitioner must approach the
court within twelve months of marriage and show lack of knowledge about a
particular ground. The incapacitated spouse/the suffering couple cannot present
the Petition. The document filed in court containing the grounds is called
‘Petition’. The person presenting it is called ‘Petitioner’ while the other
party responding is called ‘Respondent’.

2.      Nullity of Void Marriage: This is a fundamental defect that rendered the marriage void
from the beginning. It provides no legal consequence i.e. ‘there is no marriage
in the eye of the law’. The circumstances include, non-compliance with law, if
parties are related by blood/marriage, lack of consent, under age and if either
of the party is lawfully married before attempting to contract another
marriage.

3.      Judicial Separation: This is where the court put parties apart and relieves them of marital
obligations. Here the marriage is subsisting, so none of the parties can
contract another marriage. The husband is liable for maintenance, and in case
of death; the spouse alive can share in intestacy. The order is discharged
where parties voluntarily resumed cohabitation (this means living together) or
make an application for cohabitation to the court.

4.      Restitution of Conjugal Rights: This is where the Petitioner makes application to the court,
requesting for restoration of conjugal rights (i.e. rights and privileges
arising from marriage, e.g. love, companionship, affection, comfort and sexual
relations). The petitioner must show readiness to cohabit, with evidence of
written request to the respondent.

5.      Jactitation of Marriage: This is where a person parades herself/himself as the
wife/husband of another when in reality they are not married. The Petitioner
can approach the court and seek for an order to stop the respondent from doing
the wrong act. A divorced wife may continue to use the husband’s name. However,
she is prohibited from using the name to commit fraud.

6.      Dissolution of Marriage (Divorce): This is the focus of this
article. Read below for comprehensive analysis.

Divorce is regulated by law. It is a meticulous judicial
procedure which the Petitioner must follow. There is only one ground by which a
Petitioner can approach the court for divorce. The sole ground is that “the
marriage has broken down irretrievably” (Section 15 (1) (a) Matrimonial Causes
Act). The duty of the Petitioner is to prove to the reasonable satisfaction of
the court that the marriage has broken down and cannot be retrieved. The
Petitioner must adduce supportive facts to convince the court. Some of the
supportive facts are provided by law (Section 15 (2) (a)-(h) Matrimonial Causes
Act). The supportive facts include;

(b)
Respondent Committed Adultery and the Petitioner find
it Intolerable: Adultery means a
situation where a married spouse have willful sexual intercourse with a third
party. The Petitioner must adduce evidence to convince the court that adultery
was committed. The court can infer adultery in the following circumstances; (i)
admission and confession (ii) Respondent’s cohabitation with third party (iii)
pregnancy (iv) frequent visit to hotels/club (v) contacting infectious disease.
In order to succeed, the Petitioner must show intolerability (i.e.  The adultery was unbearable).

(c)
Respondent’s Unreasonable Behavior: This is where the Respondent acts
in a weird and irresponsible manner, thereby making it difficult for the
Petitioner to continue cohabitation. Irresponsible behaviors include: rape,
sodomy, bestiality, refusal to pay maintenance, insanity, incarceration above
three years etc., in which case parties have lived apart for at least six
months.

(d)
Desertion: This is where one spouse separates
with the intention of permanently bringing the cohabitation to an end without
the other party’s consent. The Petitioner can present a Petition for
dissolution.

(f)
Living apart for three years: Once it is established that the
parties have lived apart for a continuous period of three years, the Petitioner
is likely to succeed because further evidence may not be necessary.

(g)
Failure to Comply With Decree of
Restitution of Marriage. This is where there is a subsisting court order, directing the
respondent to resume cohabitation and there was non-compliance. The court will
grant dissolution.

(h)
Presumption of Death: A person shown not to have been
heard of, for a period of seven years, is presumed death by law (Section 164
Evidence Act 2011). Once it is established that the other party is not alive,
the court will grant dissolution.

Note: At least one of the facts stated above i.e. (a)-(h)
should be pleaded, in addition to the ground that the ‘marriage has broken down
irretrievably’ before a Petition for dissolution of marriage can be granted.

CLAIM FOR
DAMAGES WHERE ADULTERY IS COMMITTED

It is called
differently depending on the jurisdiction, whether it is called alimony,
spousal support, aliment or spouse maintenance; the meaning is the same. It is
a provision either by the husband for the wife or the wife for the husband
after divorce. The husband and wife may agree on the amount and the manner of
payment and summit it to the court for approval or the couple may allow the court
to decide on the amount to be paid and the manner of payment. The main idea for
alimony is to provide financial support for the spouse with low income. In
awarding alimony, the court takes into consideration the duration of the
marriage, number and age of children, quantum of income and the age of the
benefiting spouse.

STEP ONE: The marriage must have broken down
irretrievably.

STEP TWO: Try to settle the problem by
reporting to family members. In case of cruelty or physical abuse report the
matter to the nearest police station.

STEP THREE: Contact a lawyer or a
Non-Governmental Organization or speak to a closed trusted friend/family, or
read article online about divorce.

STEP FOUR: Decide the appropriate matrimonial
relief, consider all the available options. Divorce should be the last option.

STEP FIVE: File a Petition in court. At this
stage the service of a lawyer is needed. A marriage conducted in Lagos Marriage
Registry can be separated in any State High Court in Nigeria. The resident of
the man becomes that of the woman immediately marriage is conducted. If the man
is not living in Nigeria the woman may have little issue.

STEP FIVE: Attend reconciliation meetings
(usually organized by the court). If reconciliation fails proceed to trial and
present all the necessary evidence and call necessary witness(es). In a
situation where the marriage certificate cannot be found, call at least two
persons that witnessed the marriage to testify.

STEP SIX: Wait for the court to deliver
judgment. It may take months or years.

STEP EIGHT: If the court grants your prayer for
divorce, you are free like a bird. At this juncture, cohabitation will be
terminated, move out to a place of your choice and live a happy life.

STEP NINE: If alimony was awarded in your
favor, relax and receive the money. Alimony will stop when the person receiving
it begins cohabitation with a lover or enter into a new marriage. If alimony
was awarded against you, then get ready to begin payment before the court sends
you to prison.

STEP TEN: Do not rush into another marriage
without understanding the person. If you are single reading this article, then
you are the luckiest person on earth because you will avoid the temptation of
rushing into marriage for the purpose of wealth, physical appearance and
material considerations. Money may finish, beauty and handsomeness will fade
away, but a good character will remain till the last breath.