Examination Of The Principles And Procedures For Nationality Swapping Under The Olympic Charter | F. E. OROK (Esq) 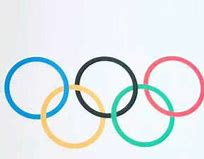 International sports law has seen
several developments and changes in the last decade, one of such is the radical
change in the Athlete nationality regime and the remodelling of the
international and municipal concepts of citizenship.

As the world is fast becoming a global
village due to the strong influence of globalization, the stringiest
requirement for citizenship and nationality has been relaxed by various nations
in the alarming race to secure top class athletes or seek dominance in certain
sports.

In
the light of this, athletes have been seen to throw nationality and patriotism
to the wind in an emerging world of marketization of citizenship. The International
Olympic Committee (IOC) have also taken steps to regulate and control this
growing tide. In a fair attempt to regulate same, several legislations and
rules have been made and agreed upon to curb and set a standard for nationality
swapping.

This paper shall examine the principles
governing nationality swapping at the Olympic Games.

THE QUESTION OF NATIONALITY
AND CITIZENSHIP

According to the European
Convention on Nationality (1997), nationality can be defined as ‘the
legal bond between a person and a state’[1].
Furthermore, the definition does not indicate the person’s ethnic origin that
is ones nationality is nowhere connected to one’s ethnic affiliation or
background.

In international law, citizenship is a
reference to the general nationality of a state acquired by one under the
various citizenship laws of a state. The Universal Declaration of Human Rights
Guarantees the right to swap (change) his/her nationality without deprivation
on any grounds.[3]
It is now no gain saying that the right to swap (change) nationality is one
provided for and protected by International conventions/treaties.

The issue of nationality under the Olympic
Charter is regulated by Rule 41 of the Charter. It is a fundamental
principle that for an athlete to participate/compete at the games such an
athlete must be a national of the country of the National Olympic Committee
(NOC) which is entering such competitor.[4]
Any dispute arising from the nationality of a competitor at the games relating
to the athlete’s state of nationality is resolved by the international Olympic
committee (IOC) Executive Board.[5]

Due to globalization, many athletes
are very much eligible to represent more than one country. Example, Yamile
Aldama, a world class triple jumper, has been a beneficiary of the fluidity in
nationality at the games which has seen her represent three different countries
i.e Cuba at the 2000 games in Sydney, Sudan at the Athens 2004 games and
Britain at the London 2012 games. This dynamic is recognised by the charter in
Bye-law to Rule 41 (1). But it goes further to the state and specify the
conditionality’s for nationality swapping.

The charter provides that where an
athlete (competitor) is a national of two or more countries at the same time,
he (the competitor) may represent either one of them, as he (the competitor)
may elect. Where such an athlete (the competitor) has opted to represent one
country in the Games (Olympics) or in a continental or regional or world
championship (IAAF World Championship for example) recognised by the relevant
International Federation (IF) he may not represented another country unless he
meets the following requirements:

i)
Three years has passed since
the competitor last represented his former country. Note that this period may
be reduced or even cancelled with the agreement of the NOC and IF concerned, by
the IOC Executive Board.

ii)
The competitor must first
change or acquire a new nationality subject to the nationality laws of the new
state.[6]

If the athlete (the competitor) can fulfil the above
stated requirements then he can be eligible to represent his new nation at the
games.

Another
principle worth noting is the status of ‘Stateless Athletes’.  Stateless may be as a result of a refugee
status by an athlete where he fled his country of birth and domicile in another
country. In this situation, if the athlete meets the three year waiting period
and can prove he (the competitor) had severed his ties to his country of birth.

Also, where an
athlete is from a state with no NOC, such an athlete is not deemed as
‘stateless athletes’, such athlete will be regarded as an ‘independent
athlete’. The Charter of the Games provides that an athlete must be sponsored
by a country’s NOC. This situation arose with Guor Mamal, a South Sudanese
Marathon runner at the 2012 London Games, he wanted to join the national team
of the United States, his domicile, but he was not a United States citizen and
his country of birth, South Sudan had no NOC, as South Sudan was in its first
year of independence.

In summary, the question of nationality amongst athletes
at the games is a fluid one, which gives a power to bigger, richer and well
established countries to offer better welfare and financial packages to
athletes to entice them to represent them at the games. This has served
countries with rich resources but not much talent pool to draw from, thereby
allowing them to deep into the global athlete market to window shop for willing
athletes who are ready to swap nationality for better working and competing
conditions.

On the other
hand, the IOC is also encouraged to make alterations to the procedure for
nationality swap, i.e the waiting years as this is not really important as the
consensual agreement between the athlete, adopting country and the IF concerned
is of utmost importance.