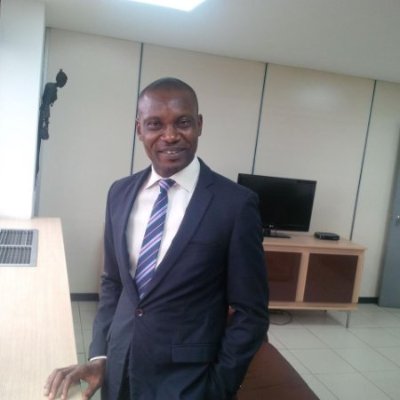 Politics
in Nigeria is taking a new dimension as power has changed hands from one
political party to another. The new party is leaving no stone unturned in its
efforts to sustain/succeed itself in power. The entertainment industry is the
main focus to achieve the desired drive to control federal power in 2019 and
beyond. The entertainment industry secured not less than 42% of the efforts
that led to the emergence of the new political class in the last general
elections. Most political rallies could not have been merrier and fun-filled
except with super stars performing live on stage to a depressed population who
saw it as a free ticket out of boredom and depression. Political rallies were
music fiesta most times.
Going
forward, the leading figures in the entertainment industry are now being made
political loyalists. Some of them get chieftaincy titles. Some get
ambassadorial contracts. Some get project contracts or national awards. Some
are appointed as Youths Coordinators with huge budgets. Some are simply
enlisted on the pay roll of their respective state governments. Some are
special purpose vehicles for back-channels and other confidential transactions.
All of them can now have audience with our political leaders. There is nothing
bad in youths or players in entertainment industry partaking in the national
politics. Non participation is worse. As a matter of fact, the government will
be incomplete without every sector ably represented. However the curious
roles/reasons for the engagement of our talented youths are worrisome. Politics
and entertainment are not the same and do not relate well particularly in this
country. They are strange bedfellows.
Most
of the class of entertainers targeted by the politicians are young persons
whose experience in life is far less than what is required to survive the
dynamism and peculiarities of the murky Politics in Nigeria. The target class
cannot withstand the intrigues, blackmails, propaganda, assassinations, threats
and other ugly sides of the kind of politics in this country. For God’s sake,
the greater benefits of these entertainers lie in their talent. Let it remain
so! They ought to be shielded from the filth and corruption from which we are
still trying to extricate our government. Our chance of national redemption
from corruption, bad governance and sit-tight syndrome diminishes when the
political class can go to bed rest assured that they have what it takes to
secure (or compel) the loyalty of the leading figures in the talent industry,
which they can ultimately use to drive the depressed population in a particular
direction during elections.
Politicians
will come to you whenever they see potentials in associating with you. They did
this to the Nigerian soldiers, dragging them into the country’s politics till
the soldiers lost their credibility and discipline for which they are most
identified world wide. The politicians are responsible for the absence of a vibrant
true civil society group in the country. Most of the peaceful protesters have
been infiltrated by the politicians to achieve a counter result of the planned
demonstration. Why? Because, all comrades are now paid by government or
government-connected big man.
The politicians came to lawyers and judges. Apart
from using them to chase out the military, they dragged them into politics. The
lawyers and judges have been accused of corruption or aiding corruption again
and again by the same politicians. The latest came from the current president.
As much efforts the politicians have made to discredit the legal profession, it
is still about the only ally they consider a necessary evil. Can we say the
same about the young entertainers now being dragged into politics? When the
chips are down and the table is turned against these entertainers, can they
defend themselves? Is the entertainment industry stronger than the Military
which the politicians used, dumped and rubbished?