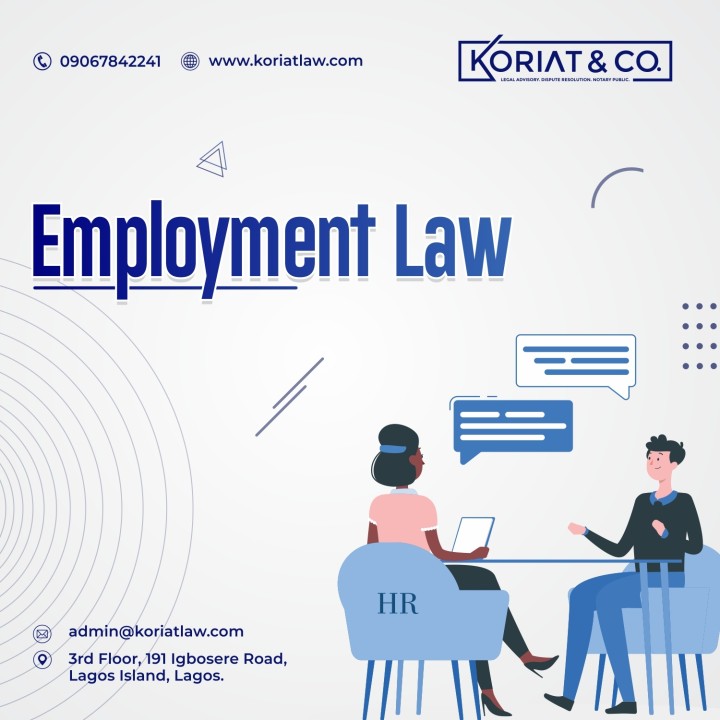 There is some confusion
amongst human resources professionals and in-house counsel about the validity
and effect of an employee’s notice of resignation that is short of the period
agreed in the employment contract. Corollary to the foregoing is the issue
regarding whether an employer can reject an employee’s resignation letter for
any reason, including ongoing investigations or disciplinary proceedings
against the employee or inadequacy of the length of notice or other reasons of
the employee’s non-compliance with the employment contracts. In practice, many
employers include the power to reject an employee’s resignation letter in their
#HR policies or Employee Handbook without seeking legal advice on the propriety
of such power.

The only point that needs to
made separately, in addition to the above, for emphatic purpose, is that an employer
cannot dismiss or terminate the employment of an employee who has given a
notice of resignation, notwithstanding the fact that he remains with the
employer during the notice period. This is because a notice of resignation
takes effect from the date it is received by the employer, not on the last
working day as erroneously believed by some employers who still engage in
post-resignation termination or dismissal.

What then is the
effect of inadequate notice of resignation? The
courts have held in Adetoro v. Access Bank Plc and many
other similar cases that where the length of notice of resignation given by an
#employee is less than the period agreed in the employment contract, then, the
notice is deemed to be with immediate effect. So, where, for instance,
the contract provides for termination or resignation by one (1) month’s notice
or salary in lieu, any notice that is short of the agreed period
will amount to RESIGNATION WITH IMMEDIATE EFFECT.

In that case, the employee
submitted his resignation with immediate effect and paid one month’s
salary in lieu of notice. The #employer rejected his
resignation and directed him to return to work immediately, to which the
respondent responded by another letter, wherein he maintained his stand of
resigning. The Court found that the employee never returned to work. The one
(1) month’s salary in lieu of notice paid by the employee was
never returned to him to show that his resignation was not accepted. The only
inference from all these facts, according to the Court of Appeal, was that the
employee never returned to his duty post and it could not be said that he was
back in the employment of the appellants.

But I need to point out the
extent of the effects of law’s prohibition of an employer’s rejection of a
resignation letter. The rejection of the notice of retirement is an unlawful
act, which the employer cannot rely on to make any claim against the employee
because doing so would amount to approbating and reprobating, thus, making the
employer a beneficiary of its own unlawful act. Indeed, the Court of Appeal in
the OSHC v. Shittu case held that”

“If the
cross-appellant (employee) had returned to his work with appellants, then the
appellants would be estopped from saying that he was no longer in their
employment and would have been held liable for any consequences arising from
their illegal conduct towards him with regard to his employment.”

The above statement was
an obiter dictum (a remark made in passing), which does not
command the respect or status of a binding judicial pronouncement. The National
Industrial Court refused to apply the above reasoning in Adetoro v.
Access Bank Plc (which was decided in 2016 by Hon. Justice B. B.
Kanyip of the National Industrial Court), where the employee’s resignation was
rejected by the employer twice for being inadequate and on ground that there
was an ongoing investigation about ATM imbalance against the employee. The
argument of the claimant is that the defendant was wrong to have deducted from
his gratuity and that because his two letters of resignation were rejected by
the defendant he remained an employee of the defendant until 20th March 2012
when his gratuity was paid to him. The National Industrial Court upheld the
argument on the unlawfulness of the deductions but rejected the argument on the
claimant being an employee after submitting his voluntary resignation,
notwithstanding the fact that the resignation letters were rejected by the
employer. The Court held that the employee could not sue for salaries and other
benefits after the date of resignation because he had ceased to be in the
defendant’s employment. The Court relied on Adefemi v. Abegunde
[2004] 15 NWLR (Pt. 895) 1 CA and Yesufu v. Gov. Edo
State [2001] 13 NWLR (Pt. 731) 517 SC, in holding that a notice of
resignation of an appointment becomes effective and valid the moment it is
received by the person or authority to whom it is addressed.

From the above, the lesson
for employers is very crucial and, so, can be summarized as follows:

–      the
right of an employee to resign without hindrance is still a good labour law and
best practice;

–      No
employer has discretion to reject resignation on account of any ongoing
investigation against the employee or his outstanding indebtedness or
inadequacy of the notice period given in the resignation letter;

–      Also,
any defect in a resignation letter cannot invalidate or impugn the right of an
employee the employment though it may deprive him or her some benefits which
would have been available if he or she resigns properly.

–      It
goes without saying, therefore, that the power to reject an employee’s
resignation letter in any staff #handbook, employee manual or #HR policy will
be unlawful and unenforceable to the extent of its inconsistency with
international best practice and labour standards in employment and labour
relations. The argument that an employee who signs an employment contract
giving the employer such oppressive power cannot later complain is beside the
point. Under Nigerian law, as stated in many cases, including the Supreme
Court’s decision in Menakaya v. Menakaya, public policy
forbids two parties from contracting out of a mandatory law.

Kayode Omosehin is a
Principal Associate and Notary Public at KORIAT & CO. in Lagos.