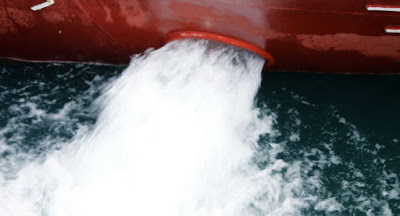 Since the advent
and use of steel-hulled vessels, water has been used as ballast to stabilize
vessels at sea. Industry practice over years reveals that Ballast water is
pumped into vessels to maintain safe operating conditions throughout a voyage.
This reduces stress on the hull, provides stability, improves propulsion and
maneuverability, compensates for weight changes in various cargo load levels
which would have ordinarily arisen due to fuel and water consumption.
Whilst the
practice of using water as ballast is done without ill-motives and is essential
for safe and efficient modern shipping operations, it is known to sometimes
pose serious ecological, economic and health problems due to the multitude of
marine species carried along in ships’ ballast water. The transferred species
may survive to establish a reproductive population in the host environment,
becoming invasive, out-competing native species and multiplying into pest
proportions. The spread of invasive species is now recognized as one of the
greatest threats to the ecological and the economic “well-being” of the planet.
The need to find a lasting solution became more apparent as years passed.
It took several
years of complex negotiations between International Maritime Organization
Member States to adopt (by consensus) the International Convention for the
Control and Management of Ships’ Ballast Water and Sediments (BWM Convention)
at a Diplomatic Conference held at International Maritime Organization’s (IMO)
Headquarters in London on February 13th 2004. For the Convention to have the
force of law as it were, at least 30 countries representing a combined total
gross tonnage of more than 35% of the world’s merchant fleet must have ratified
it.
On September 8,
2016, Finland ratified the International Maritime Organization’s (IMO)
International Convention for the Control and Management of Ships’ Ballast Water
and Sediments (the “Convention”) which was originally adopted in 2004.
Finland’s ratification ensured that the convention satisfied the conditions of
the required number of signatories and total gross tonnage. Consequently, the
Convention is widely expected to come into force on September 8, 2017.
The ratification
of the Convention is said to be a landmark step towards halting the spread of
invasive aquatic species, which can cause havoc for local ecosystems, affect
biodiversity and lead to substantial economic loss.
The Convention is
expected to have a significant impact on ships engaged in international trade,
requiring them to manage their ballast water and sediments to certain minimum
standards and to install onboard ballast water management systems.
The Convention
states that all ships of 400 gross tonnage and above will be required to have
on board:
·
Ships specific approved Ballast Water Management
Plan approved by the administration
·
Ballast water record book
·
Approved Ballast Water Treatment System
·
International Ballast Water Management certificate
In view of the
foregoing, it is also expected that there will be huge retrofit demand on
thousands of ships once the Convention comes into force later this
year. Around 40,000 to 50,000 ships will probably need to be retro-fitted
to an approved Ballast Water Treatment System. The implementation of the
Convention will be a major challenge in the global shipping industry, including
shipyards, equipment manufacturers and ship owners majorly because of the cost
of installing a Ballast Water Treatment System (“BTWS”).
The expectation
and objective is to eventually have a situation where all relevant vessels have
a BWTS installed, whereby ballast water discharged is made harmless as it
relates to invasive species. The IMO implementation schedule for BWTS implies
that most vessels (which do not already have a BWTS installed) will be
requested to install such equipment in the period 2017–2021 – in each case
before the expiry date of the vessel’s International Oil Pollution Prevention
Certificate.
The Convention
also includes a transitional period during which ballast water can be
“exchanged” in deep seas during voyages between ports A and B.
The UK P&I
Club has admonished its members not to delay compliance with the new strict
ballast water management controls which will surely come into force during the
course of the year.
Although the
fixing of BWTS is quite expensive, it is a welcomed development and the cost
cannot be compared to the economic damage which runs into billions of dollars
and colossal ecological and public health impact. This Convention shows that
the trends in the shipping market are sustainable development and environmental
friendly operations.
There is
worldwide acceptance and optimism about the Convention and industry experts are
certain that the Ballast Water Management Convention, once in force in
September 2017, will not only minimize the risk of invasion by alien species
via ballast water, but will also provide a global parlance for international
shipping, providing clear and robust standards for the management of ballast
water on ship. 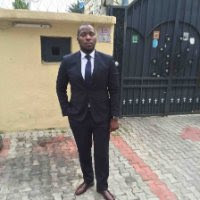 Damilola
Osinuga is an Associate in the Shipping and Oil Services practice group of Bloomfield
Law Practice, Nigeria. His scope of work includes registration of
commercial vessels and yachts, incorporation and legal support of shipping
companies, ship financing and mortgaging, shipping advisory and litigation.
Ed’s
Post – This article was first published here.