Economic Impact of Migration: Benefit or Burden? BY Osiri Ndukwe 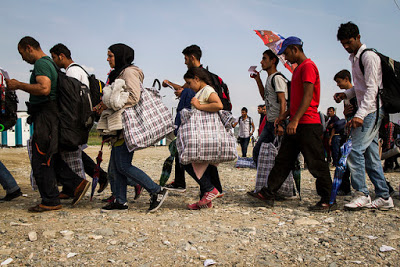 Introduction
Migration is a feature of social and economic life across many countries, but the profile of migrant populations varies considerably. In part this is because of the variety of sources of migration. In much of Europe, for example, citizens enjoy extensive rights to free movement.
In this brief article, I will be looking at the impacts of migration on the economy of a nation.
Economic Impact of Migration
Migration; benefit or burden, what is the reality? To answer this question, it will be helpful to look at migration’s impact in three areas – the labour market, economic growth and the public purse:
1. Labour markets: Migrants accounted for 47% of the increase in the workforce in the United States and 70% in Europe over the past ten years. They also fill important niches both in fast-growing and declining sectors of the economy. Like the native-born, young migrants are most likely to be better educated than those nearing retirement. Since 2000, immigrants have represented 31% of the increase in the highly educated labour force in Canada, 21% in the United States and 14% in Europe. In Europe, they contribute significantly to labour-market flexibility .
2. Economic growth: Migration boosts the working-age population. Migrants arrive with skills and contribute to human capital development of receiving countries. Migrants also contribute to technological progress . International migration has both direct and indirect effects on economic growth. There is little doubt that where migration expands the workforce, aggregate GDP can be expected to grow. However, the situation is less clear when it comes to per capita GDP growth. First, migration has a demographic impact, not only by increasing the size of the population but also by changing the age pyramid of receiving countries. Migrants tend to be more concentrated in the younger and economically active age groups compared with natives and therefore contribute to reduce dependency ratios .
Second, migrants arrive with skills and abilities, and so supplement the stock of human capital of the host country. More specifically, evidence from the United States suggests that skilled immigrants contribute to boosting research and innovation, as well as technological progress .
3. The public purse: Recent work on the fiscal impact of migration for all Organization for Economic Cooperation and Development (OECD) countries, as well as Australia, Canada and the United States, has provided new and internationally comparative evidence. The study suggests the impact of the cumulative waves of migration that arrived over the past 50 years in OECD countries is on average close to zero, rarely exceeding 0.5% of Gross Domestic Products (GDP) in either positive or negative terms. The impact is highest in Switzerland and Luxembourg, where immigrants provide an estimated net benefit of about 2% of GDP to the public purse.
Immigrants are thus neither a burden to the public purse nor are they a panacea for addressing fiscal challenges. In most countries, except in those with a large share of older migrants, migrants contribute more in taxes and social contributions than they receive in individual benefits.
This means that they contribute to the financing of public infrastructure, although admittedly to a lesser extent than the native-born. Contrary to widespread public belief, low-educated immigrants have a better fiscal position – the difference between their contributions and the benefits they receive – than their native-born peers. And where immigrants have a less favourable fiscal position, this is not driven by a greater dependence on social benefits but rather by the fact that they often have lower wages and thus tend to contribute less .
Conclusion
It is the belief of many that high-skill emigration causes labour shortages in the country of origin. This however remains unsupported in the academic literature. According to economist Michael Clemens, it has not been shown that restrictions on high-skill emigration reduce shortages in the countries of origin .
Osiri Ndukwe
Lagos based legal practitioner
Photo credit – http://www.caritas.org