DUTIES OF YOUR LOCAL GOVERNMENT COUNCIL 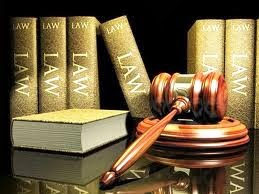 .
The role of a government and its agencies in societies can never be over stated, govt agencies are responsible for our security; maintanance of public infrastructures & institutions; regulation of economic policies & even maintains law and order. In a nutshell, without a functioning govt infrastructure in place, only anarchy and chaos may just be left.
Other roles of government include distributing national wealth, planning national policies and stearing the ship of governance as a whole. In achieveing its set objectives, the system of government is divided into various arms or tiers such as the Executive, Judiciary and Legislature or the Federal, State & Local authorities. In Nigeria, the duties and functions of the different arms or tiers of government are provided for in the Constitution.
The duties of local government authorities is to foster grassroot support and partcipitation in the system of governance.  Therefore, they are saddled with a number of constitutional responsibilities such as:
(a) the consideration and the making of recommendations to a State commission on economic planning or any similar body on –
(i) the economic development of the State, particularly in so far as the areas of authority of the council and of the State are affected, and
(ii) proposals made by the said commission or body;
(b) collection of rates, radio and television licences;
(c) establishment and maintenance of cemeteries, burial grounds and homes for the destitute or infirm;
(d) licensing of bicycles, trucks (other than mechanically propelled trucks), canoes, wheel barrows and carts;
(e) establishment, maintenance and regulation of slaughter houses, slaughter slabs, markets, motor parks and public conveniences; 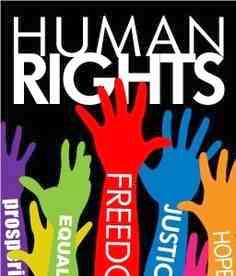 (f) construction and maintenance of roads, streets, street lightings, drains and other public highways, parks, gardens, open spaces, or such public facilities as may be prescribed from time to time by the House of Assembly of a State;
(g) naming of roads and streets and numbering of houses;
(h) provision and maintenance of public conveniences, sewage and refuse disposal;
(i) registration of all births, deaths and marriages;
(j) assessment of privately owned houses or tenements for the purpose of levying such rates as may be prescribed by the House of Assembly of a State; and
(k) control and regulation of –
(i) out-door advertising and hoarding,
(ii) movement and keeping of pets of all description,
(iii) shops and kiosks,
(iv) restaurants, bakeries and other places for sale of food to the public,
(v) laundries, and
(vi) licensing, regulation and control of the sale of liquor.
According to the law, the functions of a local government council shall also include participation of such council in the Government of a State as respects the following matters –
(a) the provision and maintenance of primary, adult and vocational education;
(b) the development of agriculture and natural resources, other than the exploitation of materials
(c) the provision and maintenance of health services; and
(d) such other functions as may be conferred on a local government council by the House of Assembly of the State.
From the above provisions of the constitution, it is evident the important roles our local government councils play in the administration of our various local government areas.
Knowing the different duties and roles played by govt agencies in the lives of members in the community and how to engage such agencies is quite important to encourage greater facilitation and discus among stakeholders in a community.
This is a call for every one to demand accountability and high performance from our local government authorities and their commitees.
Adedunmade Onibokun
@adedunmade

#NBASBL2021: Registration Now Open for the 15th Annual Business Law Conference
Benefits Of Being Listed On The Legalnaija Lawyer Directory
Quick Review Of The CBN’s Anti-Money Laundering/Combating The Financing Of Terrorism (Aml/Cft) Polic...