DUTIES OF COMPANY BOARD OF DIRECTORS 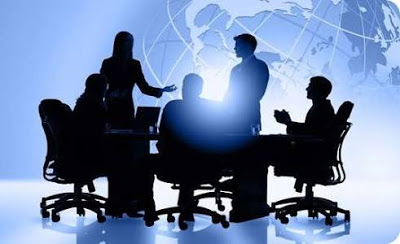 Halima Durosinmi has just been informed that she has been appointed a director in XYZ Company, a Multi-national company operating in the heart of Lagos, Nigeria. Though excited and elated, Halima is however not so confident because she does not know or understand the duties of a director and as approached her lawyer to enlighten her.
Generally, the affairs of a company in Nigeria are regulated by the Companies and Allied Matters Act (CAMA), Cap C.20, Laws of the Federal Republic of Nigeria, 2004. Consequently, it is also CAMA that states the duties of directors in a company, without prejudice to the company’s Articles and Memorandum of association.  Under CAMA, duties of directors can found in Section 279 of the Act. It provides that –
1. A director of a company stands in a fiduciary relationship towards the company and shall observe the utmost good faith towards the company in anytransacton with the company or on the companies behalf.
2. A director shall also act with utmost good faith and shall owe a fiduciary relationship when acting as agent of a particular shareholder or such shareholder is dealing with the company’s securities.
3. A director shall act in the best interest of the company so as to preserve its assets, further its business and promote the purposes for which such company was formed.
4. The director in performing his/her duties shall act to provide the interest of the company’s employees and the company’s members.
5. A director must exercise his/her powers for the purpose to which it was specified.
6. A director shall not fetter his discretion to vote in a particular way.
7. A director who delegates his powers shall not delegate such power in such a way as to amount to an abdication of duty.
8. No provision shall relieve any director from the duty to act in accordance with this section or relieve him from any liability incurred as a result of any breach of the duties conferred on him.
9. All duties imposed on a director by the act shall be enforceable against the director by the company.
The essence of the above provisions of CAMA provides that any company director must act in utmost good faith towards the company and ensure that their personal interest do not conflict with their duties as a director. For instance, the court in Olawepo V. S.E.C (2011)16 NWLR (Part 1272) page 122 stated that a director has a continuing duty to acquire and maintain a sufficient understanding of the company’s business to enable him discharge his duties as a director. The question of the duty of the director and whether it has been discharged must depend on the fact of each particular case the articles of association and the director’s role in the management of the company.
Adedunmade Onibokun, Esq.  Dunmadeo@yahoo.com
@Adedunmade