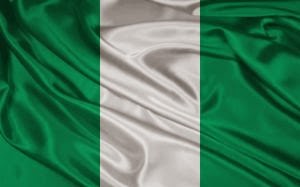 Nigeria has one of the highest rates of domestic violence in Africa.
More than two thirds of Nigerian women are believed to experience physical, sexual and psychological abuse at the hands of their husbands.
A small-scale study conducted in the Lagos and Oyo states revealed that nearly 65 percent of educated women said they had been beaten by a partner, boyfriend or husband, while 56 percent of lower-income market women experienced similar violence.
In Nigeria, the social context of violence against women is based on the traditional patriarchal structure that defines gender. It is the belief in Nigeria that when a woman is married, she surrenders to her husband. She is required to provide “sex and obedience” to her husband according to a development report produced by Amnesty International. According to the African Journal of Reproductive Health in 2005, a husband has the liberty to “violate and batter” his wife if he feels she has not adequately fulfilled her obligations.
Amnesty International calls Nigeria’s rate of domestic violence “shocking,” and has called on the local governments to do something to stem the violence.
“On a daily basis, Nigerian women are beaten, raped and even murdered by members of their family for supposed transgressions, which can range from not having meals ready on time to visiting family members without their husband’s permission,” says Stephane Mikala of Amnesty International. “Tragically, husbands, partners and fathers are responsible for most of the violence against these women.”
Domestic violence in Nigeria is neither against the law, nor do the victims receive full legal support, as many prefer to stay in abusive relationships than leave and face the ridicule of living outside wedlock. There is no government or charitable funding in Nigeria to support this area of work and raise awareness.

WOCWI is a not for profit organisation based in Nigeria which works with vulnerable women and children who experience violence, forced marriages, trafficking, HIV and other severe social problems. The organisation became an official partner of The Haven Wolverhampton in October 2011.

WOCWI strives to initiate, foster and promote activities that will enhance the welfare of women and children for the overall progress of society.
The Haven Wolverhampton has hosted visitors from WOCWI through the Commonwealth Fellowship Programme since 2010.
In September 2010 Barrister Biola Ruth Adimula and Chief Nursing Officer Deborah Afolabi who work on behalf of WOCWI visited The Haven Wolverhampton. During their time in Wolverhampton Ruth and Deborah Biola hoped to acquire knowledge in order to strengthen counselling services for victims of Domestic Violence in Nigeria, taking inspiration from the Haven, and extending their services to incorporate a 24 hour telephone service.
Other areas of development included defending the rights of victims, supporting pressure groups on advocating the passing of law against Domestic Violence, organising training programmes for Women Lawyers in Nigeria to strengthen their support for women experiencing Domestic Violence and engaging the victims awareness training.

Download the evaluation report of the Commonwealth Professional Fellow’s Programme at The Haven Wolverhampton 2010 written by Biola Adimula here.