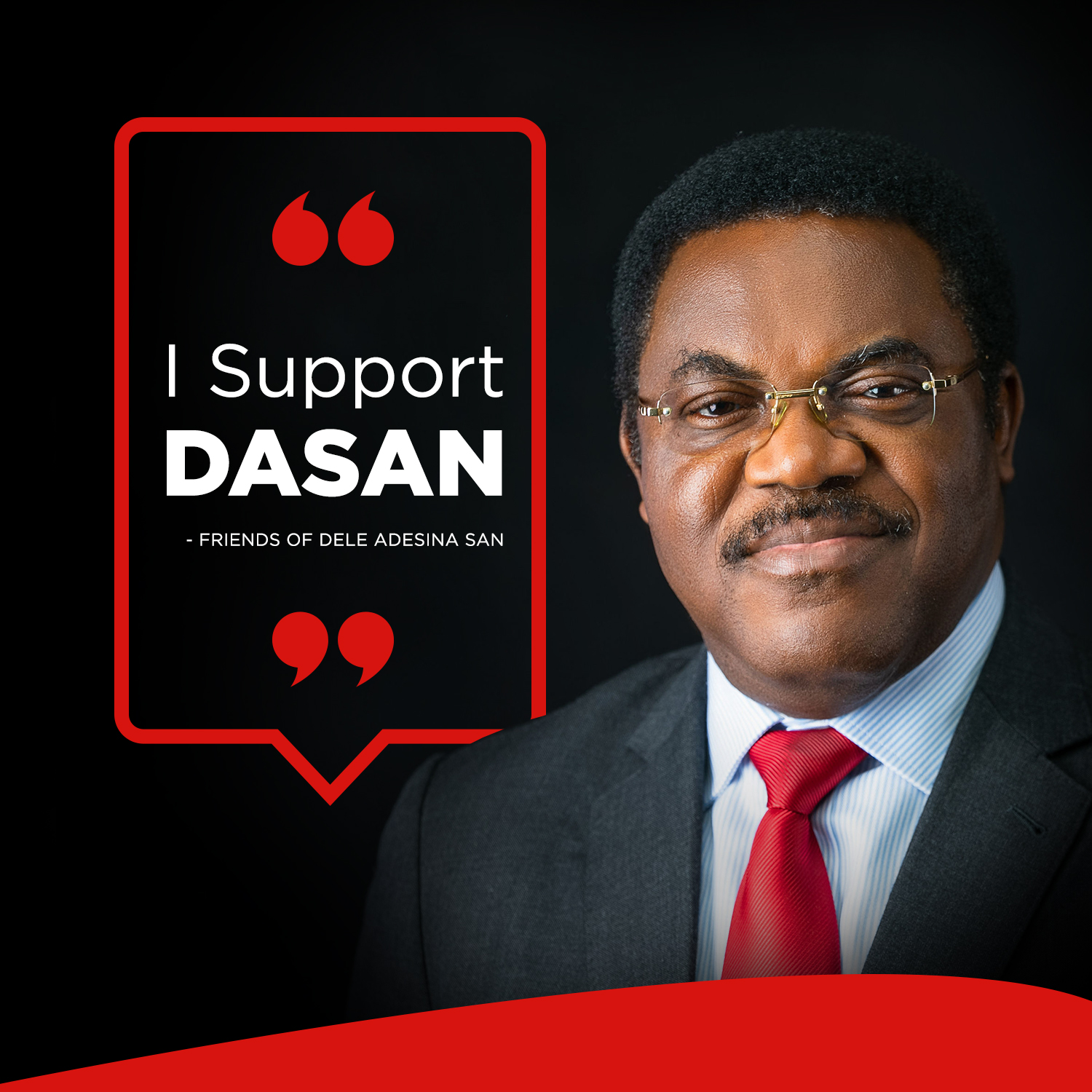 For sometimes now, my colleagues and I from Ilorin Bar have been engaging learned colleagues, both within and outside jurisdiction, on the need to buy into the ideas and indeed candidacy of Mr Dele Adesina, SAN.
We observed that most of our colleagues have become disillusioned about the state of NBA, while others who showed  sprinkle of interest wondered what makes Mr Dele Adesina SAN different from the rest. “Is he not the same of the same”, one of them asked rhetorically.
Believe me, convincing people who have lost faith in a system because of repeated failures isn’t a walk in the park, but like soldiers who believe in the mandate of their commander, we are convinced this is a task that must be accomplished. Like we have been saying for the past few days, Dele Adesina SAN is DIFFERENT for the following reasons:

1. Dele Adesina SAN is not running for the gig to acquire wealth because to an appreciable extent God has blessed his private practice. Besides and more importantly, that is against his faith as a Deacon. He is only out to serve, nothing more.

2. Dele Adesina SAN is not out to pursue a sectional agenda. He would be president of all, including every Musa, Kolawole and Emeka.

3. The candidacy of Dele Adesina SAN is dedicated to repositioning the Bar to its glorious days so that the NBA can play its leading role in fighting injustices in the land according to the laws.

4. Dele Adesina SAN would ensure that lawyers maximise the potentials/opportunities of the profession. His administration would put a stop to government & private institutions taking over the jobs of lawyers.

5. He promises to ensure that young lawyers play significant role in the affairs of NBA and also put in place mechanisms to promote their welfare.

6. He promises to take bold steps in protecting the dignity of lawyers from brutalisation and assault by security agents.

The candidacy of Dele Adesina SAN is like a new day with great promises to be fulfilled. It would be done if we believe. Let’s work together to make it happen. NBA will be great again!

Children carry the hopes of our brighter tomorrow | Caroline Ibharuneafe
Killing of unarmed pro-Biafra supporters by military must be urgently investigated
Commissioning  of the Court of Appeal, Kano Division, Kano State: Another Giant Step for the Nigeria...