Dele Adesina, SAN felicitates with NBA Okitipupa On The Occasion of its 2020 Annual Law Week 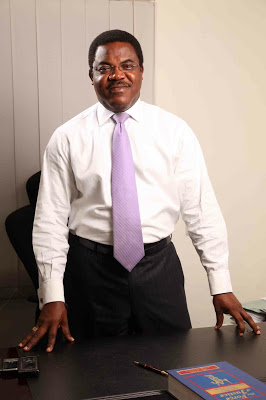 I thank the Chairman, the Executive and members of this great Branch of our beloved Association for giving me the honour and privilege of presenting this goodwill message.
I must also not fail to thank you all for keeping faith with our corporate social responsibility first as Lawyers and as Nigerian Bar Association, which responsibility I believe is one of the reasons for the holding of this annual Law Week. One of our great predecessors in the Profession, Sapara Williams Esq., stated a guiding principle which is highly fundamental when he said that Lawyers exist for the advancement of its people. The Law Week is one of the veritable platforms of discharging this corporate responsibility.
I have been closely associated with this Branch for a long time. It is an Association that has not only advanced our mutual interests but also has produced and will continue to produce several personal friends for me. I recall with excitement the very wonderful support and visible role that the Branch and the Leaders of this Branch, some of who are today highly respected Judges and State Board Members, played in getting me elected as the General Secretary of the Nigerian Bar Association in 2002. I must also seize this opportunity to thank you all for the wonderful support I enjoyed from you in 2014.
The theme of this year’s Law Week I understand is “Security as the Bedrock of a Prosperous Nation: Rejigging Nigeria’s Constitutional Federalism”. This double barrel theme is not only topical and contemporary; it couldn’t have come at a more auspicious time than now. First, insecurity in Nigeria today constitutes the most concerned issue, the most debated and discussed and the greatest challenge confronting our Nation. As Lawyers, we all know that all over the world, government exists for the safety and security of its people. The Constitution of the Federal Republic of Nigeria, 1999, as amended unambiguously stated that the security and safety of the people shall constitute the primary responsibility of government. That is why I said that this topic couldn’t have been more timely.
Talking also about rejigging Nigeria’s Constitutional Federalism I submit is a wakeup call. Some people have described the 1999 Constitution as a document that tells lies against itself. Others have said that the document is a fraud. All these descriptions of the 1999 Constitution are expressions of the peoples understanding of the Constitution regarding whether indeed it is a Federal Constitution, a Unitary Constitution, or an amalgamation of Federal and Unitary Constitutions in one document. The renowned Professor of Constitutional Law, Professor Ben Nwabueze SAN, described the 1999 Constitution as an illogical document because it is a unitary constitution operating in a federal setup. I know as you probably do that if the foundation be destroyed, there is nothing the righteous can do. The 1999 Constitution which is the organic and foundation of all laws in Nigeria is the bane of our problem. The contradictions, inconsistencies and incongruities in our brand of Federalism as espoused by our Constitutional democracy have been eloquently brought forth by the needless controversy enveloping the Amotekun Security Initiative of the South-West Governors. An initiative I consider to be the biggest achievement of these Governors in drawing attention in a calculated manner to the plight of the people under their control. I trust the guest lecturers will do justice to the theme of this Law Week.
The first step towards success in life is taken when you refuse to be a captive of the environment in which you live. To be a captive of course is to do nothing about a situation and resign yourself to fate even when things seem to be going wrong around you. Many people want a better tomorrow without any attempt to do anything today, forgetting that tomorrow belongs to those who prepare for it today. The theme of this Law Week is indicative of the fact that, both as a Branch and as a Lawyer, you are doing something definitive today for a better tomorrow for this Nation.
So, the Nigerian Bar Association has a great responsibility to reconstruct this Nation. True Federalism as a system of government dejure and defacto is inevitable if Nigeria must become a secured and a prosperous Nation. Indeed, I believe that Nigeria in this connection has technically avoided its problems for too long, forgetting that no problem is ever solved by technically avoiding the problem. Times such as this require for the Nigerian Bar Association a tested hand and experienced leadership with honesty of purpose with appropriate focus and  requisite character, competence, capacity and verifiable conviction of courage to galvanize our members, both leaders and followers nationwide, to play more active roles in reconstructing this Nation. The Nigerian Bar Association has the capacity. All we require is the leader with the complementary productive capacity.
I wish you a very successful Law Week.
Dele Adesina SAN FCI Arb.
Past General Secretary
Nigerian Bar Association
And Life Member, Distinguished
Body of Benchers