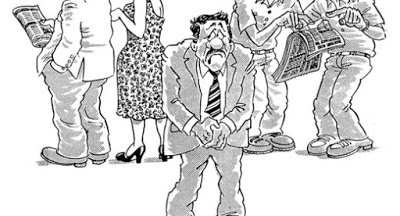 1.     INTRODUCTION
According to the Black’s
Law Dictionary, “Defamation” means “Holding up of a person to
ridicule, scorn or contempt in a respectable and considerable part of the
community; may be criminal as well as civil”. It states further that Defamation is the
unprivileged publication of false statements which naturally and proximately
result in injury to another.

A communication is
defamatory if it tends so to harm the reputation of another as to lower him in
the estimation of the community or to deter third persons from associating or
dealing with him. The meaning of a communication is that which the recipient
correctly, or mistakenly but reasonably understands that it was intended to
express.

It is important to note
that Libel and Slander are both methods of Defamation, the former being
expressed by print, written pictures or signs: the latter by oral expressions
or transitory gestures Defamatory Statements may consist of libel (written
publication) and slander.

The apex court held
in NSIRIM V. NSIRIM (1990) 3 NWLR (PT. 138) 285, 297-298 PER OBASEKI, JSC that, “By
publication is meant the making known of the defamatory matter to some persons
other than the person of whom it is written ….It is the reduction of libelous
matter to writing and its delivery to any person other than the person
injuriously affected thereby that is publication. The name of the person to
whom delivery of the libelous document was made must be pleaded”.

The constituents of
Slander, on the other hand are;
a)     a
false and defamatory statement concerning another;
b)    an
unprivileged communication;
c)     fault
amounting at least to negligence on the part of the publisher and;
d)    either
actionability of the statement irrespective of harm or the existence of special
harm.
In AYUBA v. SULE (2016)
LPELR-40263(CA) it was held that “The first requirement that is
essential in slander is malice. To succeed in a case of
slander, the plaintiff must prove-the words spoken, communication of the words
to a third person, falsity of the communication against the plaintiff, damage
must be proved except the slander is actionable per se, the actual words spoken
should be reproduced in the language spoken with an English translation. See
AMAHAGWU V. NGWOKOR (2004) ALL FWLR (PT.219) 1091 AT 1098, YESUFU V. GBADAMOSI
(1993) 6 NWLR (PT.299) 363.

In THE SKETCH
PUBLISHING CO. LTD. AND ANOR. V. ALHAJI AZEEZ A. AJAGBEMOKEREF(1989) 1 NWLR
(PT. 100) 678I , the word defamation is defined as “a
statement which if published of and concerning a person, is calculated to lower
him in the estimation of right thinking men or cause him to be shunned or
avoided or to expose him to hatred, contempt, or ridicule or to convey an
imputation on him disparaging or injurious to him in his office, profession,
calling, trade or business.”

“There are a
number of defences available to a claim of defamation which includejustification, fair
comment, privilege which may be either absolute or qualified.“
From the above, one can
deduce that the defences to defamation are the following;

1)     JUSTIFICATION
According to the Black’s
Law Dictionary, “Justification’ is defined “explanation with
supporting data. A maintaining or showing a sufficient reason in court why the
defendant did what he is called upon to answer, particularly in an action of
libel…”

In ANYAH V. A.N.N. LTD.
(1992) NWLR (PT. 247)319 (1992) 7 SCNJ 47.it was held that;
“”Under a plea of
justification, the onus is on the defendant to show that the alleged libel is
true; in fair comment the onus is on him to show that the facts commented on
are acknowledged to exist or are true. If the defendant brings evidence to
prove the facts commented upon to be true or acknowledged to exist, the
plaintiff should be entitled to produce evidence that they are neither
acknowledged nor true. But he cannot divide his proof, bringing forward part of
his evidence in the first instance and more in reply.

A defence of justification
is therefore a complete bar to any relief sought by a party who complains of
defamation. It is appropriately described in the Latin maxim:damnum absque
injuria“. Until it is clearly established that an alleged libel is
untrue, it will not be clear that any right at all has been infringed: See
REGISTERED TRUSTEES OF AMORC V. AWONIYI (1991) 3 NWLR (PT. 178) 245 AT 257.

It is important to note
that whenever a defence of justification or qualified privilege is raised in a
case of libel, the party raising the defence is understood to be admitting that
he published the words complained of but contends that the words published are
true and he is therefore not guilty of defamation. At common law, under a plea
of justification, the defendant must prove the truth of all the material
statements in the libel. There must be a substantial justification of the
libel. See: DUMBO & ORS. V. IGBUGBOE (1983) ALL NLR 37; (1983) 2 SC 14; AYENI
V. ADESINA (2007) ALL FWLR (370) 1451 @ 1471 E.” Per KEKERE-EKUN, J.C.A
(Pp. 48-49, paras. G-C).

2)     FAIR
COMMENT
According to the Black’s
Law Dictionary, Fair comment is “ a term used in the
law of libel applying to statements made by a writer in an honest belief of
their truth, relating to official acts, even though the statements are not true
in fact”. Defense of fair comment is not destroyed by circumstance that jury
may believe that the comment is logically unsound but it suffices that a
reasonable man may honestly entertain such opinion, on facts found.”

Fair Comment must
be based on facts truly stated, must not contain imputations of corrupt or
dishonourable motives except as warranted by the fact, and must be honest
expression of writer’s real opinion.

In OKOLIE V MARINHO (2006)
15 NWLR (PT. 1002) PG.338 PARAS. A-B, it was held that “Fair comment is
available only in respect of expressions of opinions which are based on facts
which are proved true and on statements of fact not proved true but which were
made on a privileged occasion.”

In G. CAPPA LTD v. DAILY
TIMES OF NIGERIA LTD (2013) LPELR-22028(CA), it was held that “…..when
a Defendant avers as his defence that the comment is a fair one, he is saying
no more than that the story was based upon true facts, which were in existence
when the comment was made – see Basorun v. Ogunlewe (2000) 1 NWLR (Pt.640) 235,
wherein it was further explained that-

“This is so because
before a comment can be said to be fair the truth of the facts upon which it is
predicated must first be established – – – For the law does not permit a person
to invent untrue facts or stories about a man and then comment upon them. In
other words, the defence of fair comment will avail the Defendants if they can
show that they had only, in good faith expressed their opinion based on facts
truly stated on a matter of public interest”.

In MAKINDE & ORS. V.
OMAGHOMI (2010) LPELR-4461(CA), it was held that “In order that a
Defendant will be availed of defence of fair comment, the following conditions
must be present:-
(1) It must be based on
facts truly stated;
(2) It must be honest
expression of the writer’s real opinion;
(3) It must not contain
insinuations of corrupt or dishonourable motives on the person whose conduct or
work is criticized save in so far as such imputation warranted by facts. See:-
DAVIS VS. SHIPSTONE (1886) 11 APPEAL CASES PAGE 29.” PER BAGE, J.C.A.(P.
21, PARAS. C-G)

Thus, it is important to
state that a plea of fair comment succeeds as defence if the facts relied on by
the defendant are sufficient to justify the statement or publication that the
plaintiff finds to be libelous. The facts must be the truth. See AKOMOLAFE
& ANOR. V. GUARDIAN PRESS LTD & 3 ORS. (2010) 1 SC (PT. I) P.58

3)     PRIVILEGE
According to the Black’s
Law Dictionary, Privilege is an exemption from
liability for the speaking or publishing of defamatory words concerning
another, based on the fact that the statement was made in performance of a
political, judicial social or personal duty.

Conditional or Qualified
Privilege will protect the speaker or publisher unless actual malice and
knowledge of the falsity of the statement is shown. This may be claimed where
the communication related to a matter of public interest or where it was
necessary to protect one’s private interest and was made to a person having an
interest in the same matter.

In NIGERIA TELEVISION
AUTHORITY V. EBENEZER BABATOPE (1996) 4 NWLR (PT. 440) 75 AT P. 6 UWAIFO, JCA
(as he then was) said
“Qualified
privilege is a defence to an untrue publication. It can only be claimed however
when the occasion of the publication is shown to be privileged.”
In PULLMAN V. HILL LTD.
(1891) 1 QB, it was held that “An occasion is privileged when the
person who makes the documentation has a moral duty to make it to the person to
whom he does make it and the person who receives it has an interest in hearing
it. Both these conditions must exist in order that the occasion may be
privileged.” See also ILOABACHIE V. ILOABACHIE (2005) 13 NWLR (PT.943)
69 (2005) 5 S.C (PT II) 149

From the above discourse,
it seems to me that three elements of qualified privilege emerge and they are:
“(1) The occasion for
making it must be fit.
(2) The matter must bear
reference to the occasion, and
(3) The words complained
of must be published from right and honest motives.”See Horrocks v. Lowe
(1975) AC 135. I pause to say that any privilege that attaches to an occasion
on which defamatory words are published by one person to another is the
privilege of the publisher alone. The person to whom it is published needs no
privilege, as he commits no tort. It follows that, a defence of qualified
privilege, if it is not characterised by gross and unreasoning prejudice, is a
complete defence. “
In bringing an action for
defamation where such statement was made on an occasion of qualified privilege,
there must exist defamation where such statement was made on an occasion of
qualified privilege. Where the defence of qualified privilege or fair comment
is pleaded, and the plaintiff has served a reply alleging express malice, the
condition of mind of the defendant when he published the words is a matter
directly in issue See ATOYEBI V. ODUDU (1990) NWLR (PT.157) 384(1990) 9-10
S.C 150 PER OLATAWURA, J.S.C. (P. 21, PARAS. D-E).

It is pertinent to note
that where defamatory words are published more extensively than the occasion
requires, or maliciously published, the defence of privilege or fair comment
are forfeited. See Saraki v Soleye (1972) 2 UILR 271; Oweh v Amalgamated Press
of Nigeria Ltd (1957); Aruna v Taylor( 1977); Okon v The C.O.R Advocate Ltd
(1961)
3.     CONCLUSION
From all that has been
stated above, one must note that in order to succeed in action against
defamation, the essential elements of the defence must be strictly adhered. 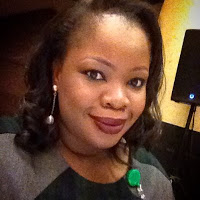 Simileoluwa is an Associate at Ayodele, Olugbenga & Co.


Posts and
comments by the publisher of this legal article do not constitute legal advice
or create an attorney-client relationship.
Ed’s Note – This article was originally published here.

ECNBA - Crisis Of Confidence And Credibility
BEFORE YOU SIGN THAT DOCUMENT by Feranmi Akinluyi.
Abimbola Laoye- Petroleum Industry Bill (P.I.B), Movement For The Eradication Of Gas Flaring In Nig...