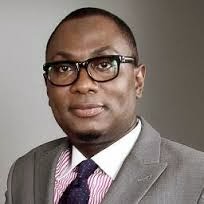 Chairman, House of Representatives Committee on Treaties and Agreements, Hon.Yacoob Bush-Alebiosu, in this interview with Festus Akanbi says failure to domesticate some of the treaties, which Nigeria is signatory to, is robbing the country of vital gains from such international cooperation. Excerpts:
Why has it been difficult for Nigeria to implement some of the treaties and agreements signed with other members of the international community?


The committee I chair is a new committee of the house and it is a pioneer committee. We are dealing with a lot of issues and the house deems it necessary to put the committee in place because of the lackadaisical attitude with which the country has been dealing with some of the treaties it signed. Sometimes, I wondered if those that signed the treaties on Nigeria’s behalf really have a good understanding of the documents they signed. For example, they are talking about the small arms treaty, it still hasn’t been domesticated. Nigeria is a signatory to over 400 treaties and we have a record of less than 250 and I doubt if up to 30 has been domesticated
. The reason why the family members of the victims of the Dana crash were able to get any form of compensation was because that treaty was domesticated, which means it becomes legal here in Nigeria. If it hasn’t been so, it means all the family members would have to go abroad to file a suit or it would mean the airlines won’t be offending any law of the land if it had refused to pay. So, it makes you wonder what is the rational for signing these treaties. Another example is the BASA treaty. I believe it was looked at in good faith, but the question is, are we benefiting from the treaty? This is not peculiar to Nigeria but the failure to take the right step is what is peculiar to Nigeria. South Africa refused to renew some treaties because it asked the question, how has these treaties benefitted us? In spite of the ECOWAS treaty, Ghana has been able to put some measures in place in order to ‘municipalise’ the treaty. For instance if you are going to Ghana from Nigeria, you have to be prepared to invest not less than $300,000. I have heard people say this is unfair? I disagree. They are only trying to protect Ghanaians and they have accepted that you are free to come and invest without restriction in adherence to ECOWAS treaty.
If you fly to United Kingdom now and you land in Heathrow, if you are going to Manchester, you have to patronise their local airlines by taking a local flight, which means you are helping them to build their local aviation industry but here you see international airlines flying directly to Enugu and Portharcourt. What it means is that it has taken away from local market and this is why if you look round you begin to wonder how come the lifespan of these local airlines are not more than two or three years before they fold up or bought over. How do you expect these airlines to break even? They are bound to cut corners and in doing so safety standards are compromised and that is when you will see air crash happening.

How confident are you that the bill will get the concurrence of the Senate?
The bill is Tobacco Control bill and it is not to witch-hunt the tobacco companies but it’s looking at achieving a few things. One of these is how to get tobacco out of the hands of the young ones. Members of the Senate are parents and everybody is a parent in the house of reps so I think from that angle, nobody should have any problem with the bill or its concurrence in the Senate.

What happens to the treaty regulating the sale of tobacco products?
You are referring to the framework on Convention on Tobacco Control, which is a guideline on how to control tobacco in the way it is sold in municipalities as they say the world is a global village and Nigeria is a signatory to that convention. The first robust bill on the subject matter was sponsored by Senator Mamowora and it passed through both houses but unfortunately, the executive refused to assent to it.

However, there were a few things which were absent in the last bill which we are now planning to reintroduce. For instance, we are looking at licensing. Who are those that have something to lose, we want to see who is more careful. Today, you can decide you want to sell tobacco and you can just do it but we are saying now you have to be licensed. If we say we want to control how it is sold to young children, if we say we do not want young ones to touch tobacco products, how do you achieve that in the position it is now?
How do you guarantee that roadside marketers or those who sell cigarettes in traffic conform? In Lagos today, you can buy cigarettes on the road, so how are you sure they will not sell to under-ages? That is why we are introducing licensing into it so that if you want to sell or trade in tobacco, you have to be licensed and you know when you flout the laws, there will be a strong penalty recommendation.
As we all know, nicotine is the most addictive substance in the world today much more addictive than alcohol and heroine which we all fear. Should it be sold loosely on the street? The FCTU just give a guideline to help you regulate the sale of cigarette in your localities and we have borrowed a few recommendations from there. It is a treaty but the question is how do we localise it? For example, what happens in Lagos does not happen in Kano so we have come up with a framework on how the convention on tobacco can be effectively adapted in Nigeria.

Can we say that the decline in revenue is behind the reluctance of the executive to sign the bill in its earlier format, considering the huge tax paid by tobacco firms in Nigeria?
What we have come up with has nothing to do with an attempt to chase out tobacco firms from the country. Like I said, we are seeking to achieve certain things and the duty of any government is to protect lives and properties. Adult are old enough to make rational decisions and say I’m ready to take the risk but what about that youngster who sees it as a thing for the adults? How do you protect that youngster? And don’t forget that we are dealing with so many diseases. A recent report said eight million Nigerian die of cancer annually. It did not specify the kind of cancer that killed these people. It’s a matter of control and we have not said tobacco should be banned in Nigeria. There is control in other countries, so what makes our own different? They are also dealing with economic issues. It is a global problem and so it is not peculiar to Nigeria. So if they were able to fight and tackle the issue there, we should be able to do so here.

Can you throw light on your effort to compel airlines to be accountable for any delay or inconvenience caused their passengers?
We are working on a new bill, it has been approved and it has been sent in for gazette. I believe the first reading will come up anytime from now. It’s called the Customer Compensation Bill or Consumer Compensation Bill, whichever way you want to look at it. There is this unaccepted attitude of operators in the aviation industry where passengers are treated shabbily.
Nobody will book flight to the next destination for no reason. When you travel through aeroplane it means you have a specific target. When you buy flight tickets, it means an agreement has been reached. When you sell your ticket to me, it means your plane will leave at a particular time but when flights are delayed, what you get is we are sorry. How fair is that? For some airlines, you can’t get your money back and the highest you can get is a refund after two weeks or months and we are saying this is not acceptable. Passengers put their luggage in the care of airlines and during flight the luggage are damaged and all you get is sorry, we are saying they should be held responsible and that is what this bill seeks to achieve, taking responsibility for your actions.

How far have you gone with the bill on the sale of energy drinks in the country?
That one is also at the committee level, it is receiving attention. It is the Caffeinated Energy Motion. It is a motion on caffeinated energy drinks. We discovered that there are over 300 energy drinks being sold in the country of which more than half are unregistered by NAFDAC. I have suffered from the proliferation of such energy drinks in Nigeria where I was close to losing my life but I was fortunate to have family members and friends coming to my support by paying my medical bills. I was extremely lucky to have gotten away with this. I therefore feel it would be ungodly of me to keep this experience to myself. I feel I needed to do something as a representative of the people by saying we need to monitor the sale of these products very closely and you will discover that those falling victims are those who do not like alcohol per se. People are misinformed thinking energy drink is a think of class. When I came up with this motion, some people thought I was crazy.

But what is the role of NAFDAC in this?
Unfortunately, these things are still finding their way into Nigeria. If they are being sold in the market and they are not registered with NAFDAC, how are they finding their ways into the market? This is one of the reasons we say there is need for investigation. If they are found to be dangerous then the government has to do something.

CONSUMER PROTECTION: AGENCY FUNCTIONS
Who gets paid first when a company goes into liquidation? | Rosemond Phil-Othihiwa
Meet Senator Ihenyen, Member Of Faculty At The Introduction To Tech Law Training