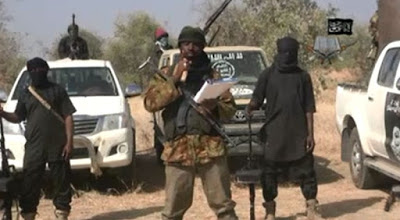 Introduction
Immigration policies aim to facilitate the entry of
foreigners whose presence is desired, and to identify and deter the entry of
unwanted foreigners. Although immigration policy changes alone cannot prevent
terrorism, they are key ingredients in the effort to combat terrorism.
This brief article outlines the possibility of
curbing terrorism through these immigration policies.
Meaning
of Terrorism
Even though terrorism is not new,
it can be relatively hard to define. Terrorism can be described as both tactic
and strategy; a crime and a holy duty; a justified reaction to oppression and
an inexcusable abomination.
The United States Department of
Defense defines terrorism as “the calculated use of unlawful violence
or threat of unlawful violence to inculcate fear; intended to coerce or to
intimidate governments or societies in the pursuit of goals that are generally
political, religious, or ideological”[1].
The Federal Bureau of Investigation (FBI) defines it as: “the
unlawful use of force and violence against persons or property to intimidate or
coerce a government, the civilian population, or any segment thereof, in
furtherance of political or social objectives.”
Within these definitions, there
are three key elements – violence, fear, and intimidation – and each element
produces terror in its victims[2].
Curbing Terrorism
All terrorist acts are motivated
by two major things:
–
Social and political injustice:
People choose terrorism when they are trying to right what they perceive to be
a social or political or historical wrong, when they feel they have been
stripped of their land or rights, or denied these.
–
The
belief that violence or its threat will be effective to usher in change, or
that violent means justify the end.
For a country to be able to curb terrorism,
it has to first identify the things that cause or motivate terrorism, and then
enact laws to curtail it. The US government had in 2002 after the September 11
incident in 2001, sought to implement measures to end the abuse of student
visas and prohibit certain international students from receiving education and
training in sensitive areas. Any study with direct application to the
development and use of weapons of mass destruction was sought to be prohibited
for foreigners. The reason was to prohibit the education and training of
foreign nationals who would use such training to harm the United States or its
Allies.[3]
Government agencies were to
develop a program to accomplish this goal, by identifying sensitive courses of
study and suggest measures whereby the Department of State, the Department of
Justice, and United States academic institutions, working together, can
identify problematic applicants for student visas and deny their applications.
The program was to provide for tracking the status of a foreign student who
received visa – his proposed course of study, his status as a full-time
student, the classes he enrolled for and the source of his educational funds.[4]
In addition, steps should be taken
to strengthen existing immigration policies, so as to be able to catch up with
those that mean harm to the society. A keen look at the birth of Boko Haram in
Nigeria would reveal the existence of weak immigration policies in the country.
The Nigerian Chief of Army Staff, Lieutenant General Tukur Yusuf Buratai, had on Wednesday, November 16,
2016 said that judging by the current activities of the Boko Haram terrorists,
60 per cent of them are not Nigerians.[5]
This revelation should awaken the call to tighten our borders.
Conclusion
Terrorists
pose a formidable challenge common to all countries. But tackling terrorism is
likely to result in closer cooperation among the industrialized countries,
especially in their immigration policies. It is also advisable that these
countries tighten their borders – track the entries and exits of all foreign
visitors. 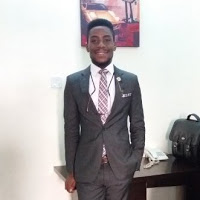