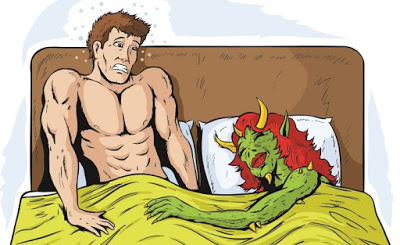 As we look back to the
celebration of the World’s AIDS day on 1/12/2015 and as we sympathize with
Charlie Sheen who recently disclosed his HIV status, there is an issue which I
believe must be very instructional to us.
What happens if a person
who is infected with HIV has unprotected sexual intercourse with another
without disclosing his/her status. Should this act be considered as a crime?
In 2014, there were over
three million people living with HIV in Nigeria according UNAIDS and regarding
the aggressive nature of the virus and lack of a downright cure, not to mention
the mental and emotional stress that comes from being diagnosed with HIV, I
believe it must be classified as a crime to intentionally inflict another with
such turmoil, especially if same could have been prevented. Isn’t it time we
had legislation to prohibit this?
In the United State, Charlie
Sheen, the famous Hollywood actor may be prosecuted in court for the act of
“willful exposure” because he may have had unprotected sexual relations without
informing them of his status. The law in California is clear that anyone with a
communicable disease who willfully exposes another is guilty. Basically, it is
a crime for someone to have unprotected sex when that person knows he or she is
infected with HIV without informing the other sex partner.
This leads to the
question, how many people are going about willfully spreading communicable diseases
in Nigeria especially HIV? And what is the government framework in place to
prohibit or punish such an act?
I will suggest that the
Nigerian Senate and respective House of Assemblies prepare a code on Health and
Safety which will provide to prohibit such willful acts of exposure to HIV and
other communicable diseases the transmission of which is a threat to public
health and safety.
For instance, by virtue of
the California Health and Safety Code 120290: Willful Exposure to Infectious
Diseases, it is a misdemeanor for you to willfully expose yourself to another
person if you are afflicted with a disease that is contagious, infectious or
communicable, or to willfully expose another person who is afflicted with a
disease to another person. The crime does not require that you intended to
infect another person. All that is required is that you willfully engage in
activity that you knew or reasonably should have known there was a risk that
you could spread the disease to the alleged victim.
I believe Nigeria is in
need of such a provision in our law and same must be passed as soon as
possible.  If you believe same, why not
put a proposal through to your representative at the State and Federal levels.
Adedunmade
Onibokun
@adedunmade