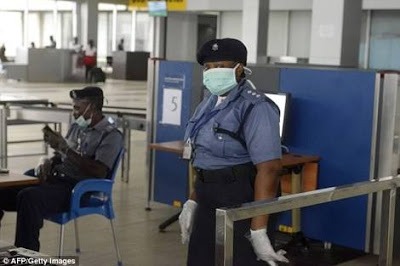 Munala was brimming with excitement as her plane touched down in Lagos, she had heard about the most populous African country and she could not wait to see the sights, it would be very different from her small Kenyan village she was sure. Her excitement seemed to douse when she observed the countenance of the immigration officer who held her passport in his hand, he wore a frown and excused himself to confer with a colleague and when he returned to his seat, he delivered the sad news. I am sorry madam but I cannot allow you into the country because your passport is invalid. 7 hours later, Munala was on a plane back to Kenya and as the plane taxied down the runway with the Lagos night lights slowly fading into the dark, she felt the tears run down her eyes.

The law provides in subsection 1 that –  any person within the following classes shall be prohibited or liable to be refused entry into Nigeria or deported, these class of persons include:

a) Persons without a visible means of support and will likely become a public charge;
b) Any idiot, insane person of persons suffering from mental illness;
c) Persons convicted of a crime which is an extraditable offence in a foreign country;
d) Any person whose admission in the opinion of the Minister will be contrary to public interest;
e) Any person against whom an order of deportation from Nigeria is pending.
f) Any person who –
i. Does not have a valid passport;
ii. Being a person under the age of 16years has not in his possession a valid passport or is unaccompanied by an adult on whose valid passport particulars such person appears;
g)   any prostitute
h) any person who is or has been a brothel keeper; a householder permitting the defilement of a young girl in his premises; a person allowing  a person under 13 years to be in a brothel; a person causing or encouraging the seduction or prostitution of a girl under 13; a person trading in prostitution and a procurer i.e. a person who procures young and underage girls for prostitution.

While the law’s aim to prevent pedophiles from coming into Nigeria is commendable, I wonder how the immigration officer will be able to identify these persons especially as the criminal records of the applicant is usually not available to the immigration officer and such information is not provided for in an international passport.

An Analysis of The Federal Competition And Consumer Protection Bill 2015 - Oluyori Ehimony Jr.
How to Compensate for Mental Stress at Our Workplaces| Michael Dugeri
NBA ELECTIONS: 8 THINGS YOU DON’T KNOW ABOUT CHAMS PLC