Contractual Relations between Employer And Employee by Oluyemisi Dansu 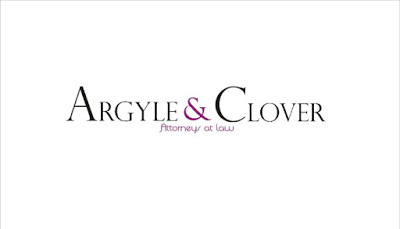 The
regulation of the relationship between an employer and an employee is derived
from 2 primary sources i.e. (i) statutes and (ii) the contract of employment.
The contractual terms are either expressly stated in the contract of employment
or they may be implied by statute, custom/practice, Staff Handbook and
collective agreements.
It is trite law that where
parties have entered into a contract or an agreement, they are bound by the
provision of that contract or agreement as this is the whole essence of the
doctrine of sanctity of contract. Consequently in any dispute as to the rights
and obligations of parties arising out of the contract of employment, it is
vital that the contractual terms be proved in order for an aggrieved party to
be entitled to a relief.
Termination
of Employment
In Nigeria, an employer or employee has the right to terminate
the employment for any reason or no reason at all. As long as he acts within
the terms of his employment, his motive for terminating the employment is not
relevant. The rationale behind this is the common law principle that you cannot
force an unwilling employee on an employer and vice versa thus the Nigerian
Courts will not impose an employee on an employer and vice versa.
For a termination of
employment to be lawful, it must be done in accordance with the provisions/
terms of the contract of employment and conditions of service. Where the
termination is not in accordance with conditions of contract, the termination
is wrongful and a claim for breach of contract becomes tenable.
Generally, contracts of
employment are terminated by giving the prescribed notice provided for under
the Contract and where notice is not given, the employment can be terminated by
payment of salaries the employee would have been entitled to for the period of
notice in lieu of the said notice. 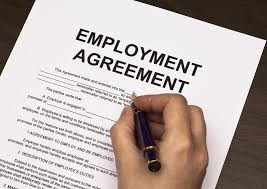 Where a contract of
employment is wrongly terminated, the remedy available to an aggrieved party is
monetary damages for breach of contract (the quantum of damages is what the
claimant would have been entitled to if the employment had been rightly
terminated) save for contracts of employment with statutory flavour i.e. where
an employee is appointed pursuant to the provision of a statute putting it over
and above the ordinary master and servant relationship. The courts took an
early stand that a remedy of specific performance/ reinstatement would not be
decreed in cases of contracts of service.
For contracts with statutory flavour, a claim for reinstatement
of employment can be sought however this remedy is not available to an employee
whose employment is based on a simple contract of employment. The Supreme Court
made this point clear in the case of Ilodibia .v. N.C.C. Ltd. (1997) 7 N.W.L.R (Pt.512)174 where Wali J.S.C stated:

“Where the master has purported
to dismiss the servant, even though not in accordance with the laid down
procedure in the contract, the servant cannot treat the contract as still
subsisting but he must proceed as if he had been wrongfully dismissed. For a
wrongful incomplete disregard of the terms of the contract of service is
obviously a repudiation by master and the servant’s remedy is an action in
damages only”
When
does a Notice of Termination/Resignation takes Effect
A notice of resignation/termination of appointment becomes
effective the moment it is received by the person or authority to whom it is
addressed. This is because, there is absolute power to resign/ terminate an
employment and no discretion to refuse to accept notice and it is not necessary
for a person to whom the notice of resignation/termination is addressed to
reply that the resignation/termination is accepted.
Dismissal
From employment
An employer has the right to dismiss an employee without notice
for gross misconduct however this right is not to be abused to the detriment of
the employee. It cannot be exercised at the whims and caprices of the employer,
it must be exercised in accordance with the terms of the contract of employment
and conditions of service.
Where an employee challenges
his dismissal, the onus is on the employer to justify the basis or grounds of
the dismissal by establishing that the employee in fact misconducted himself as
contained in the letter of dismissal and where the employer fails to justify
the dismissal, the dismissal is wrongful.
Propriety
of Dismissal sequel to termination/resignation of employment

The Supreme Court held in the case of Jombo .v. P.E.F.M.B (2005) 14 NWLR (Part
945) Page 457, (where an employee had filed an
action for unlawful termination of his employment and thereafter his employer
issued him with a dismissal letter in a bid to frustrate his claims for damages
and terminal benefits) as follows:

“What then can be the meaning
of dismissing an employee from a relationship, which no longer exists arising
from the earlier termination? The two Courts below should have seen that the
latter dismissal of Plaintiff/Appellant as irrelevant and diversionary
following his earlier termination.”
“The behavior of the 1st
Defendant/Respondent shows bad faith and bad taste. What is however more
worrying is the lame manner in which the Courts below threw up their hands in
surrender thus allowing a litigant manipulate to its advantage the adjudicatory
process”
In line with the foregoing
authority and the position of the law which stipulates that upon receipt by the
recipient, a notice of termination or resignation takes effect from the date of
termination/resignation stipulated in the notice. It is clear that a subsequent
dismissal after the termination date is in-effective as there no longer exists
an employment from which the employee can be dismissed from.
The
Place of Fair Hearing in Dismissal From Employment

Where allegations of misconduct have been levied against an employee, it is
pertinent that the employee be given a fair opportunity to defend himself
against the allegations prior to dismissal. In the case of F.M.C
.v. Ido Ekiti .v. Alabi(2012) 2 NWLR (Pt. 1285) 411
pp; 447, paras C-E, Abba Aji, JCA held as follows:

“Now in view of the testimony
of the respondent, can the respondent be said to have been given fair hearing
before his appointment was terminated? I think not. The importance of fair
hearing cannot be scuttled away with the administration of justice. The courts
insistence on the right of fair hearing is surely not a matter of mere
formality nor is it merely for the purpose of meeting procedural requirements.
The courts have always insisted on fair hearing because it is the surest
safeguard against injustice. In the matter of employee employer relationship,
there must be an allegation of misconduct or wrong doing which is disputed and
it is for the purpose of ascertaining the truth or otherwise of the alleged
misconduct that the courts insist on fair hearing.”
Claims
for Salaries, Allowances and Terminal Benefits
Claims for salaries, allowances, terminal benefits etc. must be
specifically pleaded and strictly proved and evidence on how a claimant arrives
at the sums claimed must be adduced before the Court. Bare assertions and
testimony without more is not sufficient. The claim must be specifically proved
by adducing concrete evidence in support of it.
An employee cannot proceed on
the basis that his contract of employment is still subsisting and claim for
loss of salaries and other perquisites of his employment after his employment
has been terminated or dismissed from employment even if the termination or
dismissal is wrongful.
An employee who was
validly/lawfully dismissed from employment is generally not entitled to
terminal benefits such as gratuities etc. save as to contributory pension which
is mandated by law and to be paid into the employee’s account with his Pension
Fund Managers.
Enforceability
of Conditions of Service Contained in Employee Handbook

It is now settled law that an employee handbook shall only govern the contract
of employment if it is expressly incorporated into the employee’s contract of
employment. The implication of this is that if the Handbook is not specifically
incorporated into the contract of employment, it is a mere gentleman agreement
and if there is a breach of same, it is not enforceable in court.
Enforceability
of the Collective Agreement
The general position of the law is that a Collective agreement
cannot be enforced by an employee (even if same was made for his benefit) if he
is not a direct party or signatory to the Collective Agreement. This position
of the Law is based on the doctrine of privity of contract which stipulates
that the proper parties to sue for enforcement or breach of a contract are
parties or signatories thereto.
The law however recognises
the right of an employee to sue for the enforceability of a collective
agreement where the collective agreement has been expressly or impliedly
incorporated in the contract of employment/conditions of service of employment
or subsequently adopted by an employer as part of the Conditions of service.
Where a collective agreement
is not expressly incorporated into a Contract of employment, a crucial
determinant of the fact that same has been adopted by an employer is where
salaries have been paid based on the salary structure contained in the
Collective Agreement.
The Nigerian courts in
determining if a collective agreement has been incorporated into a Contract of
employment will consider a number of factors such as their incorporation into
the contract of service if one exists, the state of the pleadings, the evidence
before the court, and the conduct of the parties.
Redundancy
Claims

“There can be no redundancy
unless the loss of employment is caused by an excess of manpower. This does not
mean that every man whose employment is terminated may regard himself as made
redundant. To ascertain what it means I turn to the English Redundancy Payments
Act, 1965, to which counsel for the plaintiff referred me. The notion of
redundancy payments in Nigeria is clearly derived from English legislation and
it is therefore appropriate to refer to the Act to discover what it means. The
plaintiff will only be entitled to regard himself as redundant if, in the words
of section 1 (2) of the English Redundancy Payments Act, 1965, “the
dismissal is attributable wholly or mainly to:–

In other words there must be a
change in the circumstances of the business in which the employee is or has
been employed and this change must result in a state of affairs where the
employers find themselves with too many employees or too many employees in a
particular place or for work of a particular kind. This is what excess of
manpower means and it must be shown to exist before a claim to have been made
redundant may properly succeed.”
Jurisdiction
& Limitation Period in Employment Matters
By virtue of the Third Alteration to the Nigerian Constitution, the National
Industrial Court is the sole Court vested with exclusive jurisdiction in civil
matters causes and matters relating or connected with employment and matters
incidental or connected therewith.
An action for enforcement or
breach of a contract of employment must be commenced at the National Industrial
Court within 6 years from the date cause of action accrued otherwise the action
will be statute barred i.e. an aggrieved party will no longer have a right of
enforcement in Court if he doesn’t initiate an action within 6 years.
Ed’s Note: – This article was originally posted by the author on 29th June, 2016 at https://www.linkedin.com/pulse/contractual-relations-between-employer-employee-oluyemisi-dansu (Last Accessed on 29th June, 2016)

With Dele Adesina I see a brighter future for the Legal profession  | Otunba Olumide Akinbinu
The Concept Of Plea Bargain As A Veritable Tool For Justice Or Corruption - Adebayo Oluwaseyi Olayiw...
IP – How to protect your domain name in Nigeria | Davidson Oturu