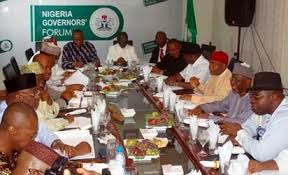 This is the second post in a
series of articles informing about the requirements for contesting elections in
Nigeria. Last time, I wrote on the requirements for contesting presidential  elections in Nigeria, while this post will be treating the constitutional
requirements for contesting Governorship elections in Nigeria.
The position of a State of
Governor is provided for by the Constitution in Section 176. It provides that –
there shall be for each State of the Federation a Governor and the Governor
shall be the Don Dada Chief Executive of that State. The only persons
qualified to be Governors are- Citizens of Nigeria by birth; persons who have
attained the age of 35 years; members of a political party & sponsored by
that party; and such candidate that has been educated to at least School
Certificate Level or its equivalent.
It should also be noted that the
following persons are not qualified for election to the position of the
Governor-
It is the duty of INEC to appoint
the date for the elections though such elections must be held on a date not
earlier than 60 days and not later than 30 days before the expiration of the
term of office of the last holder of the office. Section 178 states that a candidate
for the Governorship elections shall be deemed to have been duly elected where,
being the only candidate nominated for the election –
Where there are 2 or more
candidates, one will be deemed duly elected if –
If no candidate is elected by
virtue of the foregoing provisions, there shall be a second election at which
the only candidates shall be – the candidate who secured the highest number of
votes and one among the remaining candidates who secured majority of votes in
the highest number of local govt areas.
Section 185 states that the
Governor shall not begin to perform the functions of office until he has
declared his assets/liabilities and subscribed to the oath of allegiance and
Oath of office.
Adedunmade Onibokun, Esq.
@adedunmade
dunmadeo@yahoo.com