CODE OF CONDUCT FOR PUBLIC OFFICERS 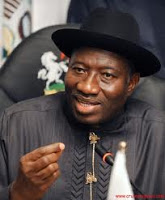 Part 1, of The fifth schedule in the Nigerian Constitution provides for the code of conduct of public officers, though many public officers in Nigeria have flagrantly disregarded these provisions, the common Nigerian doesn’t know when the law has been flouted by these unscrupulous public officers.

The aim of this article, is to shine light on the high standards by which our public officers must live and to allow you be the judge in determining whether our leaders/public officers are indeed leading by example, especially
in view of the recent allegations by American billionaire Richard Branson that Virgin abandoned its business in Nigeria because of the brood of Nigerian politicians/public officers who daily sought to exploit the business man.

The Code of conduct for public officers, provides that a public officer shall not put himself in a position where his personal interest conflicts with his duties and responsibilities, neither shall The President, Vice-President, Governor, Deputy- Governor, Ministers of the Federal Govt., Commissioners of the States, members of the National Assembly and House of Assembly of States maintain or operate any bank account in any country outside Nigeria.

Furthermore, it provides that a public officer shall not ask for or accept property or benefits of any kind for himself or for any other person on account of anything done or omitted to be done by him in discharge of his duties. It further provides that any public officer who receives gifts from commercial firms, business enterprises or persons, who have contracts with the government, shall be presumed to have been received in contravention of this law except the contrary is proved.

The law states that no person shall offer a public officer any property, gift or benefit of any kind as an inducement or bribe for the granting of any favour or the discharge in his favour of the public officer’s duties. A public officer must not abuse his office neither shall he belong to any society which is incompatible with the functions or dignity of his office.

A public officer shall at the end of four years and at the end of his term in office submit to the code of conduct bureau a written declaration of all his properties, assets, and liabilities of those of his unmarried children under the age of 18 years.

These provisions of the law have been spit on times without number by public officers in Nigeria, however now that we have more information at our finger tips we may as well hold these public officers to ransom and insist that they uphold the law as they swore to do.

THE TRUE STORY OF WHAT HAPPENED IN THE 2018 NBA ELECTION- by ANTHONY ATATA
Did You Know This Legal Fact
GUNS AND LICENSES: NIGERIAN FIREARMS ACT