I was in
my office one fine day when my good friend Mr. B paid me a short
friendly/business visit. While we had our usual chat exchanging pleasantries,
he would take occasional pauses when he spotted anything new and interesting to
show me and as usual I could not but look; as I like gist like that. One of the
interesting topics he showed me was a new Pepsi advert featuring the famous female
rapper Cardi B. In this advert (in summary), the customer at a restaurant/bar
requests for a coke to which the waiter replied, oh we don’t have coke; but is
a Pepsi ok? Cardi B in dismay asks the waiter “what do you mean is a Pepsi
okrrrrr, of course a pepsi is okrrrr.. etc”. While we both found this advert hysterical,
Mr. B’s question quickly turned our entertainment into an academic journey.

He asked
with the remnants of laughter “is this legal though?”. Being the lawyer in the
room, I knew I had to give a cogent answer even if this was not a topic that I
had really done any research on. I was able to use my sharp girl common sense
to give a semblance of an answer with plenty English so that I didn’t look
completely empty.

Now this
new topic brought back memories of other similar adverts of Pepsi, mentioning Coca-Cola
and using their logos in Pepsi adverts with seeming disregard. Mr. B believed
very strongly that this act had to be illegal in many ways or could at least
lead to some sort of legal liabilities. He also wondered why the Business Giant
Coca Cola have never sued or retaliated in any way or, at least none that we
know of.

This topic
also brought my mind to the similar and most recent advert play stunt or “bank
wars” on social media between Sterling Bank Nigeria and other banks, where sterling
bank played a subtle card by using logos of other banks to show superiority
while also casting subtle insults, i.e. indicating sluggishness or low performance[1]
of its competitors to which the other banks fired back in their individual
smart ways.

I’ll
give a brief summary of my answer to the Pepsi-Coca-Cola Saga, (I hadn’t done
any research at the time so don’t judge me) I believed the fact that other
companies don’t engage in what I describe as brand bashing is due to simple advertising
ethic. This opinion was more based on the fact that Coca Cola cannot possibly
be afraid to take Pepsi on in a brand war or legal suit over trademark issues.
This argument helped me get by that day, but I definitely knew that this was
the shallowest of answers and I got away with it by sheer luck.

Moving
smartly along, a few weeks after I finally overcame the spirit of
procrastination, I discovered that the issue of Brand Bashing is quite a
serious matter globally and has been dealt with over the years in different
ways regionally, essentially meaning different countries have their own laws
and registers for trade mark and brand protection. There have however been a concerted effort to make
intellectual property and brand protection laws
more uniform through international treaties  and international intellectual property
rights systems/platforms and forums such as the 1886 Berne convention, 1996 WIPO[2]
copywrite treaty (WCT), 1883 Paris Convention, TRIPS Agreement[3]
(To be discussed in another Paper) [4]. It
should however be noted always that only party countries are bound by such
systems and conventions. Furthermore, the majority of rules created are for the
protection of registered marks and not the economic activities among competing
brand owners.

But
before going any further, I have to first practice the age long culture of
defining brand bashing.

Advertising
is defined as ‘any message, the content of which is controlled directly or
indirectly by the advertiser, expressed in any language and communicated in any
medium with the intent to influence their choice, opinion or behavior.’[5]
Brand Bashing on the other hand also known as Comparative or
competitive advertising is therefore any advertising or promotional
technique which directly or
indirectly identifies a competitor, goods or, services offered in order
to claim the superiority of its product over that of the competitor by direct
or indirect comparison[6]..

There
are generally 2 types of comparative advertising

a.
Direct comparative advertising: this occurs when other
products are mentioned by their name (and not as ‘brand X,’ ‘brand Y,’ etc.)

b.
Indirect comparative advertising: Here no other
brand names are mentioned. The Brand X and Y analogy is used here to contend
that one brand is superior to all or most others.

There
are generally 2 schools of thought on this issue. One school in favor of the
use of competitive advertising, and the other is against it. Those that are in favor
believe that competitive advertising will have the effect of pushing
manufacturers to improve their products in order to avoid embarrassment from
the public and competitors; while those against argue that consumers may be
duped by unscrupulous advertisers who either fail to present fair and truthful
comparisons, or overload customers with false information[7].
Whichever direction we may lean in; the fact remains that the use of
comparative advertising has a potential to lead private lawsuits globally as
regulations to control comparative advertising are still in evolutionary stages.
This therefore means that without clear cut rules, there are many legal issues
that may arise out of comparative advertising when advert practitioners get
carried away in search of creative ways to boost their brand. Such legal issues
may include infringement of intellectual property rights, Libel or slander,
passing off of brand logos etc. 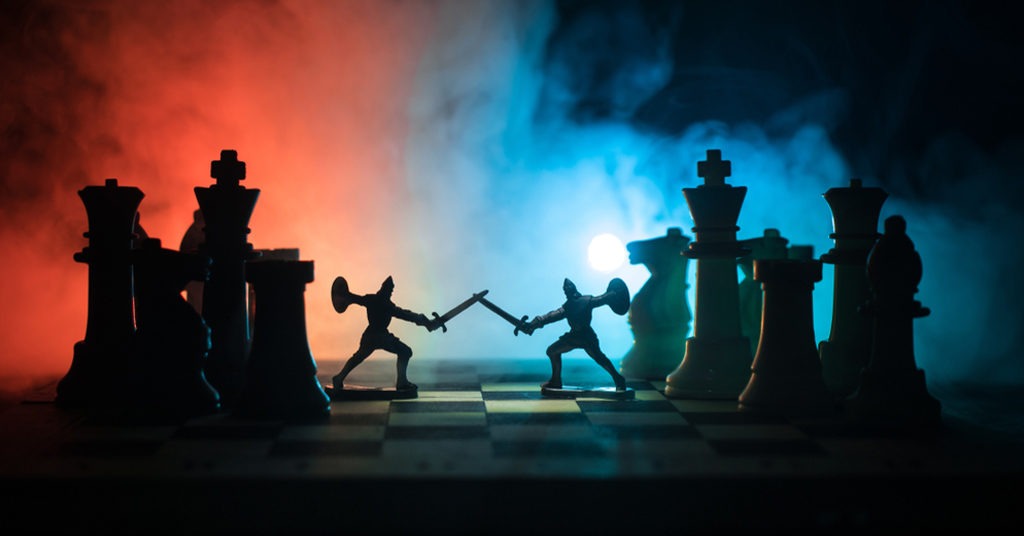 With
such a globally controversial issue it is seen that many regions have developed
similar laws to tackle this matter with national specificity. Nigeria is no
exception to this phenomenon as there are no known laws directly dealing with
the issue of comparative advertising. The closest I got to dealing with these
issues are:

a.
Section
5 of the Trademarks Act[8]
which generally safeguards the registered brands of trademark holders giving
the right to sue for passing off.

While
the Trademarks Act gives the right to sue for passing off, this article touches
on issues that involves also the use of the said brand mark to gain economical
advantage by a competitor who is/are largely at par with one another on the
economic playing field; I’ll easily put this topic on the same line as cyber
bullying but for commercial brands. Sort of like cyber bullying a cyber bully.

·
The advert must be truthful and verifiable: The facts
stated in the comparative advertising must be factually correct so as not to
deceive or mislead the potential customers. This means that the facts should
not only be true on the face of it, they should be verifiable.

·
Use of trademarks and logos: the
use of a competitor’s product, logo, or motto is more common in direct
competitive advertising. This makes this form of advertising much bolder and
more dangerous for advertisers as such acts could entitle aggrieved brand
owners to damages for the unauthorized use of their marks. It is therefore
advised that the use
of competitor’s brand name, initials or mark must not be unjustifiable nor
the goodwill attached to the trademark or symbol of another brand be unfairly taken
advantage of.

·
Products must be similar: goods or services must meet the same needs and
for the same purpose. The yard stick for similarity could be that the
product or service must have one or more material, relevant, verifiable and representative
features, and must be with the same designation of origin in order to stand as
competitors.

·
Must not be misleading: The
consumer should not be misled as a result of the comparison being made, whether
about the product advertised or that with which it is compared.[11]

·
No Unfair disparagement: While
engaging in comparative analysis the advertisers must ensure that their
advertisements observe fairness in competition. By this I mean that the advert
must not unfairly denigrate attack or discredit other products.
An advertiser can say that his goods are better than his
competitors. For example, the advertiser is allowed to glorify his goods as
good, better than all others, or the best in the world, but cannot say the
other goods or product x, y, z are bad. Comparative advertisements are limited
to mere puffs. Any statement indicating that a competitors’ goods are bad may
amount to slander/ defamation of competitors and their goods, which is not
permissible[12].

Now
going back to the Pepsi and Coca-Cola saga as well as the bank wars which seem
like brutal advertising strategies defying all my story on fairness being the
fulcrum of comparative advertising, it still leaves the question of how come no
major lawsuits have sprung up from these ongoing advert wars. My personal take
is that the concerned brands have practiced what I call permitted
comparative advertising; by this I mean that either by agreement or
complacency, parties allow the stare up of drama in order to gain joint
publicity. Brilliant don’t you think? There is no such thing as bad publicity
as some wise person said. In these circumstances such advertisements are more
of cooperation and collaborations, encouraging one another to practically go
crazy on each-other’s brands up to whatever limits parties may have set. Publicity
stunts like this have been adopted by many brands in the past and used as tools
to attract public curiosity and popularity in the long run. This tactic I
believe, was used in the bank wars stated above, and if I may say so myself, it
worked like a charm. There can be no legal liabilities where parties strictly
adhere to their agreement on comparative advertising.

[3]
The Agreement On Trade Related Aspects Of Intellectual Property Rights

[7] Comparative
Advertising: a Review With Implications For Further Research; http://acrwebsite.org/volumes/6143/volumes/v10/NA-10

BE GUIDED AGAINST MISINFORMATION, HOLD ON TO YOUR BELIEF
Andrew Balfour, Chairman, Africa Practice Group, Slaughter and May joins panel of Judges of the Nige...
The Importance Of Registering A Business - Adeolu Adesuyi Esq.