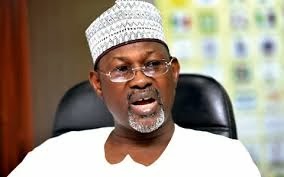 Ahead of the 2015 General Elections, the Independent National Electoral Commission (INEC) has been charged to be fair to all political parties as the different parties jostle to outwit one another ahead of the polls.
This call was made by the National Assembly Member, representing Kosofe Federal Constituency of Lagos in the House of Representatives, Hon. Dayo Bush-Alebiosu

while speaking with newsmen in Lagos over the flouting of electoral act provision by the PDP which has been conducting several rallies despite subsisting ban on election campaigns by the Electoral Act.
Hon. Bush-Alebiosu remarked that the electoral umpire must be fair and just to all stakeholders’in the polity and not selective as being currently done on the issue of campaigns ahead of next year’s elections.
Hon. Dayo Bush Alebiosu who is the House Committee Chairman on Treaties and Agreements pointed out that by virtue of the 1999 Constitution and indeed the Electoral Act, INEC is saddled with the responsibility of directing and supervising the affairs and conduct of political parties registered by it and must insist that all parties and politicians at large, abide by the rule of the game. 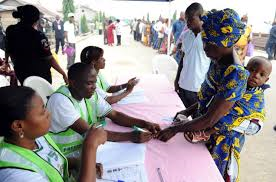 The Federal Lawmaker pointed out that in the past three weeks, President Goodluck Jonathan has been moving from one state and region to another, campaigning and welcoming new members into their fold whereas the Professor Attahiru Jega’s INEC is still laying claim to the fact that political campaigns are still not allowed, saying this double stance casts huge doubts on the impartiality of the election body.
In his words’ INEC has lost the moral right and authority to threaten sanctions against anybody or political parties on the issue of early campaigns as Professor Jega did not see anything wrong when President Jonathan went to Minna (Niger State), Sokoto, Ilorin (Kwara State), Imo and just yesterday, Kaduna State for PDP rallies and INEC is still saying the ban on election campaign is still in place’.The lawmaker remarked.
‘If truly the ban on campaigns by political parties has not been lifted, why has INEC refused to speak out against the PDP and Mr. President instead of accusing all the political parties of contravening the law when INEC National Chairman knew the parties that were involved in the illegality’ .He asked.

Reflating The Economy Through MSME Support - NASME Business Luncheon on 13/7/2017
Family Law Dynamics in the Face of Current Realities of the 21st Century #NBAAGC2019
Can a police officer make an arrest without stating the reason? |Legalnaija