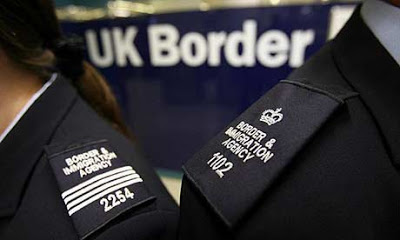 On
12 May 2016, the Immigration
Act 2016 came into force, making it officially UK law. The importance of
this Act to Nigerians, and particularly Nigerian students, who live or intend
to migrate cum study in the UK cannot be over-emphasised.
The Act is designed to
create an ‘hostile environment’ for those who require immigration permission to
work and live in the UK but who do not have it.
Speaking about the new Act, Immigration Minister,
James Brokenshire said:
“The
message is clear – if you are here illegally, you shouldn’t be entitled to
receive the everyday benefits and services available to hard-working UK
families and people who have come to this country legitimately to contribute.
“Whether it is working,
renting a flat, having a bank account or driving a car, the new immigration act
will help us to take tougher action than ever before on those who flout the
law.
“It will deter illegal
migrants from trying to reach the UK by preventing them from accessing benefits
or services in this country and make it easier for us to remove those with no
right to be here.”
What are the key changes to
the law?
The provisions of the Act
that will affect Nigerians living or intending to live, work and study in the
UK are summarized below.
·         Working
Employers who hire illegal migrants
and the workers themselves face criminal sanctions of up to five years’
imprisonment. Those who
have leave and are allowed to work but who undertake prohibited types of work,
for example, Tier 4 (General) students must not be self-employed or work as a
professional sportsperson or as an entertainer.
The
Home office has also
announced that Employers who are Tier 2 sponsors will be charged a £1000 immigration skills charge when they sponsor
individuals under these categories.  The
implication of this for those who seek Tier 2 Visa’s for graduate jobs in the
UK is far reaching.
·         Residential
tenancies
A tenant who is required to have leave to be in the UK but
who does not have it can be evicted. This will apply to tenancies entered into
before as well as after implementation of this Part of the Bill. A landlord who
has reasonable cause to believe his or her tenants have no ‘right to rent’ but
who takes no action against them can be imprisoned for up to five years and/or
be fined.
·         Bank
accounts
Banks and building societies will be required to check the
immigration status of current account holders at a frequency to be set out in
regulations not yet published. They will be charged for doing this, and
presumably that charge can be passed to customers.
Migrants
who are found guilty can have their bank accounts frozen.
·         Driving
licences
The Bill creates a new offence of driving when unlawfully in the
UK. The penalty will be imprisonment and/or a fine, as well as immigration
sanctions. People and premises can be searched for a driving licence.
·         Power
to cancel s3C leave
If the Home Office considers that a person who has applied
for leave has failed to comply with a condition or used or uses deception in
seeking leave to remain, that person’s leave extended by virtue of section 3C
of the Immigration Act 1971 can be cancelled. This means that the individual
will become an overstayer and will immediately be affected by all the measures
summarised above, as well as usually being prohibited from study.
Also, the Government’s so called ‘deport first, appeal later’
scheme has been extended to all migrants (before it only applied to convicted
criminals with no residency rights). Any migrant can now be remove to their
home country pending the outcome of their appeal against the decision to remove
them.
Furthermore, pregnant women can now only be detained by
immigration authorities for up to 72 hours (and one week with special
permission).
All
in all…
With this huge new law,
the UK government is again trying to clamp down on illegal migrants. Nigerians
who lives in the UK or intend to migrate to the UK should be aware of these
changes. A violation of any immigration rule means that their bank account may
be frozen, driving licence revoked, and all rights to appeal can only be done
after deportation to the home country.
Profile: OMOTAYO Akorede
Samuel
Legal Intern at Atlantic
Solicitors, UK.
BA (Hons) Philosophy,
Graduate LLB (Presently),
Bangor University, UK.
Email:
akoredesammy@gmail.com