Adenike Adetifa: Bail in Nigeria (3): A Matter Of Right or Not 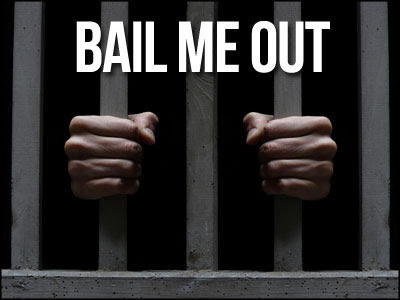 “If a person accused of felony talk
less of a capital offence, can hide under the canopy of Section 35 of the
Constitution to escape lawful detention, then, a flood gate of escape routes to
freedom is easily made available to suspected felons and capital offenders
which will not augur well for the peace, tranquility and progress of
society”.
The principle upon which an accused
person standing trial in Nigeria can be granted bail is laid out by the 1999
Constitution (as amended), statutory laws such as the Criminal Procedure Act
(“CPA”), Criminal Procedure Code (“CPC”), the Administration of Criminal
Justice Act 2015 (applicable in the Federal Capital Territory and Federal High
Court of Nigeria) which have been judicially interpreted widely in numerous
case laws, serving as a guide to Judges in the granting of applications for
bail .
The statutory provisions of CPA, CPC
& ACJA cumulatively provides that a person charged with an offence other
than capital offence which is punishable with death is entitled to be admitted
to bail. Where the offence is a capital offence, the accused is not entitled to
and would not be released on bail except by a Judge of the High Court in
certain circumstance. See Sections 340 (1), 341 (1-3) CPC; Sections 118, 119
CPA; and Sections 158 ACJA.
A person’s right to personal liberty
will be deprived where for example he has been charged with an offence and
lawfully detained in custody and is brought before a court upon reasonable
suspicion of his having committed a criminal offence; or to such extent as may
be reasonably necessary to prevent his committing a criminal offence. It is
imperative to note that the limit on such an accused person’s right to personal
liberty must be within a reasonable time and he must not be kept in such
detention for a period longer than the maximum period of imprisonment
prescribed for the offence he is being charged with. This is a constitution
guaranteed protection. This guarantee can however be curtailed if such accused
person is arrested or detained upon reasonable suspicion of having committed a
capital offence. See Section 35(7) of the 1999 Constitution (as amended).
As stated earlier, though bail is a
constitutional right, it is trite law that the grant or refusal of bail is at
the unfettered discretion of the court and such discretion must be exercised
judicially and judiciously. A person charged with a capital offence in Nigeria
punishable with death will not ordinarily be entitled to bail except he places
materials before the court to persuade the court to the exercise of its
discretion in his favour. Sections 35 (1) (c ) and 35(7) of the 1999
Constitution (as amended) clearly intended to make the provision of the
Constitution on the right to liberty of a citizen not absolute. Notwithstanding
this provision, a court can exercise its discretionary powers to grant bail
even in capital offenses where certain laid down criteria are met by the
accused. Some of the criteria the court could consider include:
All these are likely special
circumstances in which may exist to warrant the grant of bail pending trial for
a capital offense. In an application for bail, mere denial of the commission of
the offence without more is not helpful to such application. There must be
convincing facts in the application for bail sufficient to sway the court’s
mind to granting the application.
What invariably guides the courts in
granting or refusing an accused person bail is the potency or otherwise of the
proof of evidence. Surely, it is the proof of evidence, that a court will be
persuaded or dissuaded with regard to whether or not to grant or refuse bail to
an accused person; that is to see whether or not there is prima facie
evidence against the accused. In the absence of proof of evidence being place
before a court of competent jurisdiction, which will prima facie disclose the
level of culpability or otherwise of the accused person in the alleged offence
be it conspiracy and culpable homicide, such accused will most likely be
granted bail.
I hope this write up was beneficial to
you. You are welcomed to leave your questions, comments, constructive
criticism, suggestions, new ideas, contributions etc in the comment section or
my email address which is thelawdenike@gmail.com I look forward to reading
from your comments.
LEGAL AUTHORITIES USED:
DISCLAIMER NOTICE: This blog is a free
education material, for your general information and enlightenment purposes
ONLY. This write up, by itself does not create a Client/Attorney relationship
between yourself and the author of this blog. Readers are therefore advised to
seek professional legal counseling to their specific situation when they do
arise. This blog is protected by Intellectual Property Law and Regulations. It
may however be shared with others parties or person provided the writer’s
Authorship is always acknowledged and this disclaimer notice attached.


Ed’s Note- this article was posted by the author via thelawdenike.wordpress.com