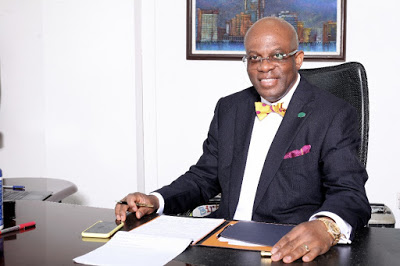 Instead of blaming prosecuting counsel for grossly violating their duties to  –
·
be fair and just;
·
be prosecutors and not persecutors;
·
avoid trial publicity. Instead of placing the
blame on prosecuting counsel, some of our colleagues prefer to turn the blame
upside-down by erroneously blaming Mr. Paul Usoro for standing his ground in
Defence of Rule of Law, Due Process and Constitutionalism in Nigeria and by
refusing to be subjected to punishment before conviction and to trial on social
media instead of trial inside court of law. With due respect, some of our
colleagues are not being fair to Paul Usoro. I respectfully do not care if Paul
Usoro gets thrown into jail upon being (ie., IF he is) justly found guilty of
any offence. I do not care about that, because the wages of crime is punishment
according to law.
But I DO humbly INSIST that Paul Usoro
deserves to enjoy the benefits of his inalienable rights to:
·
be presumed innocent unless his guilt is
established beyond reasonable doubt before a competent court of law;
·
be not subjected to any form of infraction of
his constitutionally recognized rights and against undue curtailment of his
liberties unless and until his guilt is established before a competent court;
·
be afforded the opportunity of being heard in
line with the twin pillars of natural justice part of which is expressed as
Audi Altarem Partem;
·
be afforded adequate time, opportunity and
facilities to defend himself against charges he had told the world that he
personally sees as “politically-motivated;”
·
enjoy the benefit of having all doubts
resolved in his favour as required by our adversarial criminal justice system;
·
be not compelled to be the one to prove his
own innocence, against the dictates of the accusatorial criminal justice which
places a perpetual burden on the prosecution to establish guilt beyond
reasonable doubt;
·
be not compelled to be subjected to any form
of inhuman and degrading treatment, against internationally acknowledged
standard practices and procedures. Learned Seniors and friends, graciously
permit me to go a little blunt about this matter.
If Paul Usoro
resigns before his conviction, then it means he is most unfit to lead Africa’s
most populous, courageous and revered bar.
·
If Paul Usoro resigns before a proper
conviction, then Paul Usoro has exposed members of Africa’s largest bar to
future unrestrained and unrestricted and unrelenting persecution and unbridled
future harassment in the course of discharge of their professional
responsibilities as lawyers.
·
If Paul Usoro resigns before a proper
conviction, then Paul Usoro would have admitted voluntarily he is guilty as
charged, after having declared to the world that he is innocent of all
allegations.
·
I support all fight against corruption.
·
I support that law-breakers be made to smell
the wrath of the law.
·
But I insist that Rule of Law and Due Process
must be the anchors of our system of administration of criminal justice.
·
On 16 January 2008, *Salman Rushdie* was
quoted by The Times of India to have said that freedom of expression and rule
of law are the two things that form the bedrock of any open society. A country
that lacks  or loses those two ceases to be a free country. Because as
*Michael Oakeshott* has declared,  rule of law bakes no bread, and is
unable to distribute loaves or fishes (it has none), and it cannot protect
itself against external assault, Yet rule of law remains the most civilized and
least burdensome conception of a state yet to be devised. Absence of rule of
law is equal to rule by whims and caprices of men in power. Aristotle was
right: the only stable state is the one in which all men are equal before the
law. And, at the foundation of civil liberties lies the principle that denies
to government officials an exceptional position before the law and which
subjects those in positions of power and authority to the same rules of conduct
that are commands to the citizen (per Justice Louis D. Brandeis).
I rest my case.  But I shall not
rest until Rule of law becomes the order of the day in a country that prides
itself as the giant of Africa.

Thank you and God Bless us.
Respectfully,
Sylvester Udomezue
UDEMS.

We Remain Strong, We Will Leave No One Behind
More Opportunites For Lawyers in the Paul Usoro Challenge
Senator Ashafa Pledges full support for Governor Ambode