A New Dawn for Arbitration in Nigeria | Abayomi Okubote 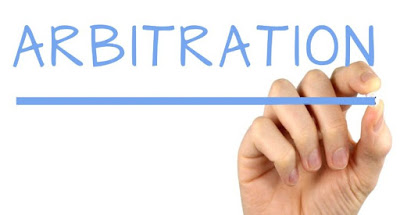 Nigeria has been ranked the 19th most
attractive economy for investments in Africa, according to the Africa
Investment Index 2017. It was reported that in 2015, Nigeria attracted a net
foreign direct investment of US$3.1 billion. This inflow of investments
unavoidably presents dispute and ultimately triggers a need for dispute
resolution. Arbitration is now recognized as the principal process of resolving
disputes in almost every aspect of commerce, investment and international
trade.

Whilst the practice of arbitration is
rapidly growing and several arbitration institutions are being established in
Nigeria, the country’s judiciary has been viewed as “interventionists” or
rather not supportive of arbitration. It is on this score that Nigeria remains
one of the least arbitration destinations in Africa. This view may not be
unconnected with the previous decisions by some Nigerian courts, showing lack
of support for arbitration. As confirmed by the 2015 QMUL Survey, the most
important factor influencing the choice of the seat for arbitration is the
‘formal legal infrastructure’ at the seat – the courts playing a crucial role
in the legal infrastructure.

However, the anti-arbitration approach by
some of the courts is not determinative of the judicial fabric in Nigeria. For
example, the Court of Appeal in Aye-Fenus Ent. Ltd. v. Saipem Nig. Ltd [2009] 2 NWLR (Pt. 1126) 483, held that “parties to a transaction choose their
Arbitrator for better or for worse to be the Judge both as to the decisions of
law and decisions of fact in dispute between them. Thus, none of them can when
the Award is prima facie good on the face of it, object to its
decision whether upon the law or the facts, simply because the Award is not in
his favour.”

Also, the High Court of Lagos State in Guinness
Nigeria Plc. v. NIBOL Properties Ltd, [2015] 5 CLRN 65 took a similar
pro-arbitration approach, when the learned judge held that “I am in total
agreement … that there is a live Judicial Policy of ascribing priority to the
upholding of Arbitral Awards, by the regular Courts … and that there is a
narrow compass that attracts the Courts to override this Policy by setting
aside an Award. This argument is valid and pivotal for a Court to keep in mind
in this type of matters for reasons espoused in the Case Law”.

Notably, the incumbent Chief Justice of
Nigeria (CJN), recently issued a Directive [dated 26 May 2017] requesting all
heads of court in Nigeria to invoke their powers under the respective rules of
court, to issue Practice Directions in the following terms:

“1. That no court shall entertain an action
instituted to enforce a contract, claim, or damages arising from a breach
thereof, in which the parties have, by consent, included an arbitration clause
and without first ensuring that the clause is invoked and enforced.
2. The courts must insist on enforcement of
the arbitration clause by declining jurisdiction and award substantial costs
against parties engaged in the practice.
3. A party who institutes an action in
court to enforce breach of contract containing an arbitration clause without
first invoking the clause is, himself, in breach of the said contract and ought
not to be encouraged by the courts.”

The foregoing represents a significant
development in the arbitration practice in Nigeria and the Chief justice of
Nigeria should be commended for this pro-arbitration approach. Whilst the
Directive will have the effect of a soft law on the courts, the fear of
sanction against a judge who fails to comply will be a compliance pull towards
the observance of the Directive and appears to be the solution to the perennial
problem of courts refusing to abdicate jurisdiction where there is a clear-cut
agreement to arbitrate.

In the closing paragraph of the Directive,
his Lordship noted “…the time saving nature of an arbitration
proceeding encourages heightened commercial and economic activities and foreign
investments and therefore needs the support and encouragement of the
judiciary.” This is a good response to the backlash given to the Nigerian
judiciary by the English Court of Appeal in IPCO v. NNPC (No
3) [2015] EWCA Civ 1144 & 1145, where the court held that “Nigerian
judicial system has not kept pace with the need to give effect to the
principles underlying the New York Convention”

I believe the Directive will foster the
development of arbitration in Nigeria and is a good signal to foreign investors
on the pro-arbitration approach of our courts under the incumbent CJN’s
dispensation. 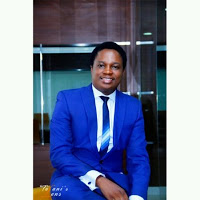