Several weeks ago, the Lagos
State govt passed a law banning smoking in public places. While some Lagosians
received the news with mixed feelings, others commended and supported the govt
of Raji Fashola SAN for its commitment to making Lagos state a safer community for
everyone. It is worthy of note that a similar bill is being considered before
the National Assembly in the guise of the National Tobacco Bill which
is being sponsored by Hon. Dayo Bush-Alebiosu representing the good people of
Kosofe Local Govt in the House of Representatives.

Many Lagosians are however still
in the dark about the actual provisions of the law. Legalnaija in its bid to
inform Nigerians about their civil rights,duties and obligations in law
dedicates this blog post to informing about these lagos state law which is the
first of its kind in the country.

The law which is culled as a “Law
to provide for the regulation of smoking in public places in Lagos State and
for connected purposes” and enforced by the Lagos State Environmental Agency
(LASEPA) provides thus:
The law in section 1 defines
smoking in Section 1 as: 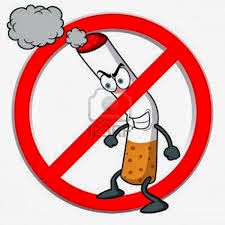 The law further provides that no
person shall smoke in all public places including but not limited : All places designated as “No smoking areas” by
the act of the National Assembly in Nigeria; Libraries, Archives, Museums and Galleries; Public toilets;
Hospitals and other health care premises;
Creches, Nurseries, Day care centres and other
premises used for the day care of infants, children and adults; Kindergartens, Nursery, primary and Secondary
Schools; Public telephone kiosk or call centers; Public transportation vehicles within Lagos state; Private vehicles which have more than one person
inside;
School buses; Restaurants; Cinemas, Concert Halls, Theaters, Amusement
Arcades, Studios and other premises used for entertainment of the members of
public; Halls and any other premises used for the
assembly of members of the public for social, religious or recreational
purposes;  Conference centers and exhibition halls;
Shopping centers; Retail shops; Factories and other premises that are non –
domestic premises in which one or more persons work; Premises which are being used wholly or
principally as a place of work; Lifts; All common parts of flats or communal spaces; Any place that is enclosed or substantially
enclosed and opened to the public. 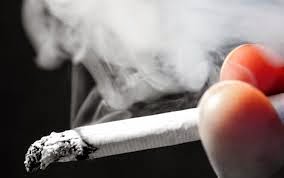 The law however allows owners of
Tertiary institutions; Bars and Night clubs and Hotels to designate no more
than 10% of their premises as smoking areas. It also mandates that owners and
managers of public places must put up “No smoking signs” in their premises;
install smoke detectors in no smoking areas and ensure that anyone smoking
outside a no smoking area must do so at least 10 feet away from the entrance of
the premises. any one that violates this provision of the law is liable to a
fine of N100,000 or 6 months in prison or both. Where this law is breached by
an organisation, if it is committed by an officer of the organisation shall be
liable to a fine of N250,000.
Smoking areas must have also
proper ventilation and where necessary ventilation equipments. Authorised
officers have the authourity to enter such places in other to inspect that the
law is complied with and it is a crime to prevent such officers from carrying
out their duties.Persons who violate this law are
liable upon conviction to a fine not less than N10,000 and not more than
N15,000 or imprisonment for a period not less than one month and not more than
3 months or both. The court may also stipulate any non – custodial punishment
that it deems fit. Repeat offenders are liable to a fine of N50,000 or
imprisonment for a term of 6 months or both. Smoking in the presence of a
child under the age of 18 in a way that will be injurious to the child is an
offence and offenders on conviction will be liable to a fine of N15,000 or
imprisonment for a term of one month or both.

How Much Law Goes Into Making A Pair of Sneakers
PROFILE: - CHIEF BAYO OJO SAN
NBA elections: What Is Your Interest?