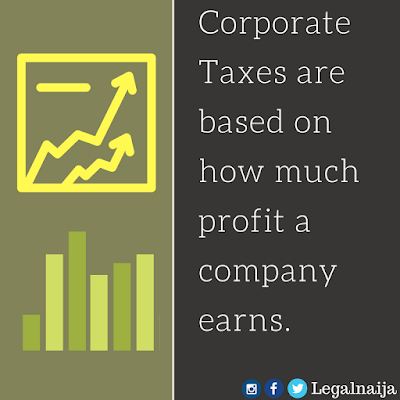 Recently, there have been a lot of news
about tax avoidance and new legislations to this effect. Apart from the now
‘cliched’ decision of the EU Competition Commission’s decision against Apple for its tax policies in Ireland, earlier
this week, Donald Trump the United States Republican presidential candidate announced
that he will reduce the US corporate tax to 15% to boost the US economy if
elected into power. Of course, this is seen by many as the usual politician’s
rhetoric. Skeptics have
argued that such a figure is unrealistic and will do nothing more than increase
the national debt.

Is it that Simple?
However, for many people, including law
students and lawyers, these news makes very little sense. Systems of taxation
vary among governments, making it difficult for people to understand and which has
been described as a Gordian knot that is very difficult to untie. In simple
terms, tax is an amount of money paid to the government, on profits for sales,
procuring or for using goods and services. These charges are usually calculated
on different rates, depending on the government or type of tax.
There are generally different type of
tax. Corporate Taxes are based on how much profits a company, for instance
Apple, earns. Income Taxes are based on how much a person earns (Salaries and
Wages). Sales Taxes are based on how much a person/entity buys (Valued added
Tax). Stamp duties are also another type of tax paid when an official document
are approved (e.g when changing the Title of a house). There are also more
specialized tax such as inheritance or estate tax, property tax etc.
But this is not as simple as that. Many
countries charge Taxes at different rates for companies, residents and
non-residents. Corporate tax for instance in US is 30 percent, UK 20%, Ireland 12.5% and some other countries, called Tax
havens, have as low  as 0% (Cayman Island
for instance). The
significance of these rates cannot be over-emphasized. George Osborne, the UK Chancellor, has recently announced that he is ready to slash corporation
tax to less than 15% in an effort to woo businesses deterred from investing in
a post-Brexit Britain as part of his new five-point plan to galvanise the
economy, to make it super-competitive should the UK finally leave the EU.
To what
effect?
The
government uses the money it gets from taxes to pay for things. For example,
taxes are used to pay for people who work for the government, such as the military & police,
provide services such as education & health
care, and to maintain or build things like roads,
and for big projects such as the Hinkley
Point C nuclear power plant in the UK. It is against this backdrop that most
criticisms against Apple has flared up. About 90% of Apple’s foreign profits
are earned by the Irish subsidiaries which are highly profitable because they
hold rights to Apple’s IP.
But these Irish
entities paid little tax because they were no tax resident anywhere – a
structure, called transfer pricing, which allows companies to transfer the
returns from sales of products from one country, e.g China, Namibia etc. to a
single country, in this case Ireland, with a relatively low corporate tax rate.
However, the Commission argues that this dubious
profit-allocation deal allowed most of their profits to a “head-office” which
existed only on paper and was tax resident in no country – allowing apple to
shrink its tax rate in Europe to well below 1% (0.005%).
Apple, which has
denied these allegations, and some other US companies such as Starbucks and Fiat, have been able to
operate this system successfully because the US tax system operates a deferred
tax system, whereby companies could defer the payment of its tax on profits to
a convenient time in the future and which allows these companies to play around
with the money and expand on its investments.
Is there a way
forward?
Overall, there have
been recent clamp-downs on ‘tax avoidance’ and on parties that provide these
sort of tax advice. In the UK, the HMRC has recently issued a consultation to clamp down on
accountancy firms, tax planners and law firms that provide advice on how to
avoid tax. Under the plans, enablers could have to pay a fine of up to 100% of
the tax the scheme’s underpaid.
In Indian, following the passage of a new goods-and-services tax (GST) in its upper house in August 3rd, the tax system
is undergoing a systematic reform but with a lot of uncertainties. Before the
passage of this Bill, businesses, particularly car sales, were subject to six
different levies at various rates, depending on the length of the vehicle,
engine size and ground clearance – which is now to be replaced with a single
GST rate to be applied to all goods and services. However, the rate of the GST
is still unknown, and there is still uncertainty as to when the Bill will come
into effect.
Indeed, the uneven and complex nature
of tax systems all over the world makes it easy for companies to manipulate and
difficult for regulators to ‘legally’ clamp down on such practices. Despite
calls for a uniform tax rate in the EU, there is little evidence that this will
become a reality. Others have argued that rather than tax profits that
Companies declare, the government should place taxes on the Sales made in each
country, wherever it is declared. This will have the resulting effect of
ensuring taxes are effectively paid, and that they go back to the proper
authorities and customers. The general implication of this, especially as it
relates to VAT and general accounting book-keeping principles, sums up the
complexity of this thing called Tax. 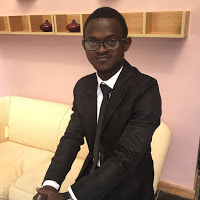