This article examined the concept of corporate personality and identified the different approaches adopted in the application of the principle in India, Singapore, America, England, Ghana and Nigeria. It is apt and interesting.

In Singapore the law is clear on the concept of corporate personality. Under the Singapore Companies Act of 2006, it provides in S. 23 (1) that, ‘a company has full capacity to carry on or undertake any business or activity, do any act or enter into any transaction’. The Singapore courts have always been slow to disregard a company’s separate legal identity. In the case of  Goh Chan Peng v Beyonics Technology Ltd, the Singapore Court of Appeal reiterated that companies within the same corporate group would be treated as separate legal personalities rather than a single economic entity. See the 2018 case of Jhaveri v Salgaocar, where the High Court in Singapore rejected the request to displace company’s separate legal personality.

Corporation Aggregate: Here a company is an association of human beings united for the purpose of forwarding their certain interest. A limited Company is the example. Such a company is formed by a number of persons who as shareholders of the company contribute or promise to contribute to the capital of the company for the furtherance of a common object.

Corporation Sole: this means that a company is an incorporated series of successive persons. It consists of a single person who is personified and regarded by law as a legal person. In consequence, the death of a corporation sole does not adversely affect the interests of the public in general.

The Companies Act of India 2013 recognized the concept of a separate legal personality even in the case of a one person company (See Ss. 3(10) 9 of the Act). The Supreme Court of India in the case of Electronics Corporation of India Ltd. v. Secretary, Revenue Department, stated that a clear distinction must be drawn between a company and its shareholders, even though that shareholder may be only one member. In the eyes of the law, a company registered under the Companies Act is a distinct legal entity other than the legal entity or entities that hold its shares.

The principle of corporate separate originated from England. One of the earlier cases where the concept of corporate personality was applied is the case of Farrar v. Farrar, where the Court held that, ‘a sale by a person to a corporation of which he is a member is not, either in form or in substance, a sale by a person to himself’. This was followed by the decision in Salomon v. Salomon. Where it was state that, ‘when the memorandum is duly signed, the subscribers are body corporate, capable forthwith of exercising all the functions of an incorporated company..

The principle of separate legal personality is contained in the England Companies Act 2006. Section 16 of the Companies Act provides that, ‘a body corporate is capable of exercising all the functions of an incorporated company and has its own existence as an entity’.

The principle of separate corporate personality in the USA is categorized into theories. The theories include; the fiction theory, association theory, the realism theory, etc.

This theory postulates that, a corporation is an organic social reality with existence independent of, and constituting something more than its changing shareholders. Thus, corporation is simultaneously, a legal fiction, a contractual network and a real organization.

This theory states that a corporation is an association of individuals contracting with each other in organizing the corporation with its core attribute as an artificial person, supplemented by attribution of the constitutional rights of its shareholders. This principle was recognized in the RAILROAD CASE,

This theory states that corporation is an artificial being, invisible, intangible and existing only in the contemplation of the law. Being the mere creation of the law, it possesses only those properties which the charter of its creation confers upon it, either expressly or as incidental to its existence. This theory was explained in the case of Trustees of Dartmouth College v. Woodward.

Ghana recognizes the principle that upon incorporation a company is distinct from the members that formed it. This position is stated in the Companies Act of Ghana 2019 and affirmed by Courts in Ghana. Under the Companies Act of Ghana, S. 9 of the Act provides that; ‘From the date of incorporation mentioned in the certificate of incorporation, such subscribers to the memorandum and all other persons, as may, from time to time, become members of the company, shall be a body corporate…’ In the case of Hamelrijk V. Shenakram, the Ghana Court of Appeal rejected the argument that the director of a company is personally liable for the debt of the company. See also the Ghana Supreme Court decision in MARKOR V. KUMA.

In Nigeria, the Position is similar to that of Ghana. The English legal system has a substantial influence in the Nigerian legal system. Under the Nigerian law, a company acquires distinct legal personal from the moment of incorporation. (See S. 42 of the Nigerian Companies and Allied Matters Act 2020). The Courts in Nigeria have recognized and applied the concept of corporate personality of a company in number of cases. In Marina Nominees Ltd. V. F.B.I.R, The Supreme Court held that, ‘an incorporated company is a separate legal entity which must fulfill its own obligations under the law’.  See also, Dunlop Nigerian Industries Limited v. Forward Nigerian Enterprises Limited.

Conclusively, it is clear from the above that both the court and statutes in Ghana, Nigeria, Singapore, India, England and America recognized the concept of separate corporate personality. However, the principle of corporate personality is not absolute. Either under the Statute or Common Law a veil of incorporation may be lifted where there is fraud in order to identify the individuals behind the fraudulent dealings. Thus, the directors and shareholders can be prosecuted where they hide under a company to commit crimes or carryout illegal transactions. 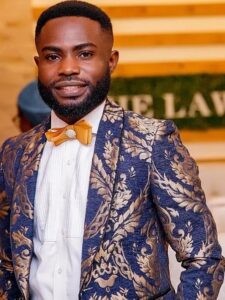