In the summer of 2017, one of the best players in the world : Neymar Da Silva Santos Júnior popularly known as Neymar Jr moved from Football Club Barcelona to Ligue 1 outfit Paris – St – Germain for a record breaking sum of €222m. The news was all over the media with many fans of the sport shocked at the humongous amount that was paid for his signature. A release clause that was hitherto thought impossible to trigger had finally being paid and following the regulations laid down by the Rules on Status and Transfers of Players (RSTP), the Catalan club had to release one of their best players for that amount. The news of the money was all up in the media with  a minor detail left out of the equation, the solidarity payments that was to be made to Santos : Neymar former club and trainer by Paris- St- Germain which amounted to over €9m.[1]

Solidarity payments are those that occur when a football player is still in contract but is transferred between two clubs belonging to different associations l.e a case of  international transfer. Clubs pay transfer fees, and up to five percent (5 %) of this fee is withheld to be used as the solidarity payment. These payments would then be made and distributed to all clubs that trained the player between his 12th and 23rd birthdays at a proportional rate developing on how long the player was at each club. Also, when a player signs his first professional contract, there is a sort of training money known as training compensation that is paid to the club that was involved in the player’s training.These monies are divided into two different Categories by FIFA : Training compensation and Solidarity mechanisms.

These principles were introduced due to Clubs complaints to UEFA and FIFA over the Bosman ruling which gave footballers more control over their transfers and gave the Clubs less power. Players could decide to wait out their contract and transfer to other clubs and the Clubs involved in their training would not get a dime out of the fees with no hope of recouping the money spent on training these players. [2]The need to maintain Player control and also give clubs  the opportunity to make profit on players training necessitated the need for Training Compensation. In FIFA circular 079, FIFA explained the reason for the Inclusion of rules guiding training compensation and Solidarity mechanism 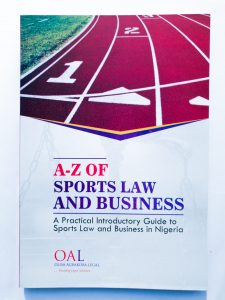 They went further to state : ” The new club concerned is to distribute 5% of this compensatory amount to all the clubs where this player has played between the age of 12 and 23. This distribution of monies is meant as a solidarity contribution to the clubs involved in the training and education of the player.”

Training compensation can be paid when a player signs his first professional contract as a footballer and whenever he is transferred up until his 23rd birthday. Either a paid transfer or a free one, the training compensation is mandatory. Only exceptions are spelt out in Annexe 4, act 2 ,Section 2 :

This exception for category 4 clubs is due to the fact that they are extremely low clubs already and  it would be extremely hard to fork out enough money to serve as training compensation for any club.

In Annexe 4, art 3, Section 1. it states that once a player signs his first professional deal with a club, the Club with whom he signed the deal has to pay training compensation to every football Club/ academy who was involved in his training as a footballer within 30 days of the registration ( clubs hardly follow the 30 days rule though).

In it’s words :  “On registering as a professional for the first time, the club with which the player is registered is responsible for paying training compensation within 30 days of registration to every club with which the player has previously been registered (in accordance with the players’ career history as provided in the player passport) and that has contributed to his training starting from the calendar year of his 12th birthday. The amount payable is calculated on a pro rata basis according to the period of training that the player spent with each club. In the case of subsequent transfers of the professional, training compensation will only be owed to his former club for the time he was effectively trained by that club.”

Section 3 further makes provisions for cases whereby the football club has liquidated or ceased to exist, the money is to paid to the Football Association of that country where the club is located and the money directed towards youth development in that country. For example, a player trained by the now defunct Stationary Stores Club of Lagos who has now ceased to exist, the money will then be paid to the Nigerian Football Federation (NFF) who in turn would make invest the money into youth training and development in that country.

According to Art 4 section 1, football associations are also to divide their clubs into four different categories in accordance to the clubs training investments in youth development. The pre -determined sums are supposed to resemble the amount needed to train one professional player for one year multiplied with what FIFA/RSTP calls the “player factor” l.e the ratio of players trained in order to produce a successful player. Once these club category has been set, the training compensation is  calculated and gotten by multiplying the years which the selling club(s) trained and developed the player.

In 2019, FIFA in Circular No 1673  provides this chart to indicate what compensation may involve according to the respective confederation and the respective category. This chart was to be updated later.

The above chart illustrates the amount payable to these clubs under those continental federations. Worthy of note us that only UEFA and CONMEBOL clubs have Category 1 clubs.

Also, to make sure players between the age of 12 and 15 are not set at ridiculously high costs, the training compensation will be based on the training costs of Category 4 clubs. For example, if Tunde was trained from 12- 15 at a Category 2 club in Africa and then transferred to a category 1 club, it will be calculated thus : 4×2000 USD for his 12- 15 birthday and then 4× 30,000 USD Setting the total money at 128,000 USD.

Another way by which FIFA allows clubs to also make money from player sales and Transfers is through solidarity payments. Solidarity payments are those that occur when a football player is still in a contract but is transferred between different jurisdictions. When a player is being transferred and the transfer fees are paid, 5% of the transfer fees are held by the clubs and then distributed to all the clubs involved in his training between his 12th and 23rd birthdays at a rate depending on how long he stayed at those clubs. This is without including the training compensation paid to his club already.

This is spelt out explicitly in article 21 of the RSTP: ” when professional is transferred before the expiry of his contract, any club that has contributed to his education and training shall receive a proportion of the compensation paid to his former club (solidarity contribution). The provisions concerning solidarity contributions are set out in Annexe 5 of these regulations.

Annexe 5 of the RSTP further provides the rate of the solidarity payments as follows :

Just like Training compensation, Solidarity payments are obligatory when an international transfer takes place. However, football associations have regulations that also make it payable in cases of local transfers.

Also dissimilar with the training compensation, Solidarity payments does not stop and continue every time the a player is transferred either on a regular or loan basis. It is also dependent on a fee so free transfers do not count and it is only activated when a player transfers before the end of his contract for a fee. Training Compensation and Solidarity payments have helped a lot of Clubs stay afloat as it helps to bring a substantial sum of money in especially for clubs who have invested a lot in training a player and ensuring the success of his professional career. 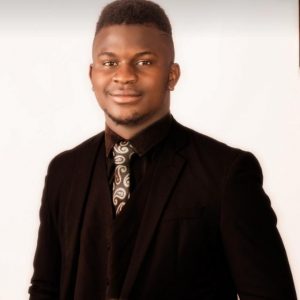 The Writer, Omole Damilare is a 200 level student of the faculty of Law, Adekunle Ajasin University, Akungba Akoko and a sports enthusiast. He can be reached via +2349020837174 or Omoledamilare093@gmail.com