“THE CNN EFFECT” If it Bleeds it Leads. Does media coverage make violent conflict more likely? 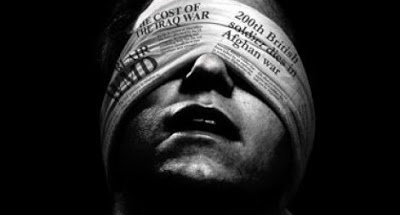 The saturation of media in
virtually all areas of contemporary life and its effects on society has been
widely discussed by many academic scholars. At the same time, since the end of
the Cold War in 1989, intra-state conflicts in which the Great Powers have been
openly involved have also become significant. Connecting these developments,
the media has been seen as not merely observers, but participants in these
post-Cold Wars.
Accordingly, serious
questions have been raised about the role of the media in these violent
conflicts. For instance, does the media coverage make violent conflict more
likely? Is it used to facilitate Liberal War and sell violence as just, ethical
and ultimately peaceful? Is the “CNN effect” real? This Article will discuss
the role of media coverage and the CNN effect with regard to violent conflict.
The CNN Effect
In 1991 after the Gulf
War, Iraqi Kurds staged an insurgency against Saddam Hussein. The Western
powers which defeated Saddam Hussein did not wish to intervene in Iraq.
However, relentless coverage by CNN deliberately evoked sympathy with the Kurds
and increased public pressure for the Western powers to ‘do something’.
Eventually, the western powers did intervene in Northern Iraq to protect the
Kurds and a no-fly zone was established. This gave rise to commentary about the
“CNN effect”.
Hence, it is safe to
say that the CNN effect refers to the impact that global media coverage on
humanitarian crises has on public opinion in the West, which in turn forces the
western Government to act where they otherwise would not.  This so called
effect was also said to operate again with regard to ‘humanitarian
interventions’ in Somalia, Bosnia, Kosovo and Rwanda in the 1990’s.
Notably, the “CNN Effect”
is directly opposed to the elite- centred Propaganda Model because it asserts that
democratic pressure from below, spurred on by independence of global media, can
change the policies of Western governments to a more humane foreign policy.
The Exaggeration of
the CNN Effect
Upon closer examination,
the CNN effect is greatly exaggerated by many commentators, both positively and
negatively. It is not that the media coverage does not have any effect at all
on the public opinion and government policy in western democracies, but rather
its presumed effect with regard to changing or even formulating government
policy is overstated.
Factually, what most
analysts have found is that when western governments have a clear, well
communicated policy, no amount of public pressure will sway the executives and
the military panel. Conversely, where there is a weak or unclear policy, then a
window is open for actors to influence government policy as it is being made,
debated or reformulated. An academic writer, Jakobsen has identified another
crucial factor which can determine whether public pressure will affect
government policy towards intervention, options for minimal or no casualties
and a clear identified exit points.
This goes a long way in
explaining the liberal humanitarian interventions of the 1990s. After the Cold
War, foreign policies among western powers were in a state of flux. Without the
Soviet Union as the enemy, and with the explosion of violent conflicts in the
wake of the Soviet Union’s demise, Western powers were not clear as to how and
why, or even whether they should intervene.
Now when they eventually
intervene, they do so in such a way as to minimize their own casualties, and in
the event that such casualties occur as in Somalia, they quickly withdraw their
steps. These liberal wars of choice almost by their nature stirred a debate and
opened the door for the ‘CNN effect’. Indeed it is notable that the debate
about the CNN effect was at its height during the Clinton presidency and the
Blair premiership. It is worth mentioning that, under President Barack Obama’s
presidency, there appears to be similar quandaries with regard to military
intervention in the Middle East since the outbreak of the Arab Spring.
In conclusion, I am of the
view that the media’s role in violent conflict is complex. It cannot be thought
of in a unitary way. There are important differences between local and
international media and now Western global media conglomerates as opposed to
non-western media. While the media can influence situations profoundly, the
media is also influenced by many actors. In such a complex world, the
multifaceted, dynamic complexity of the media’s relationship to violent
conflicts should not come as a surprise.