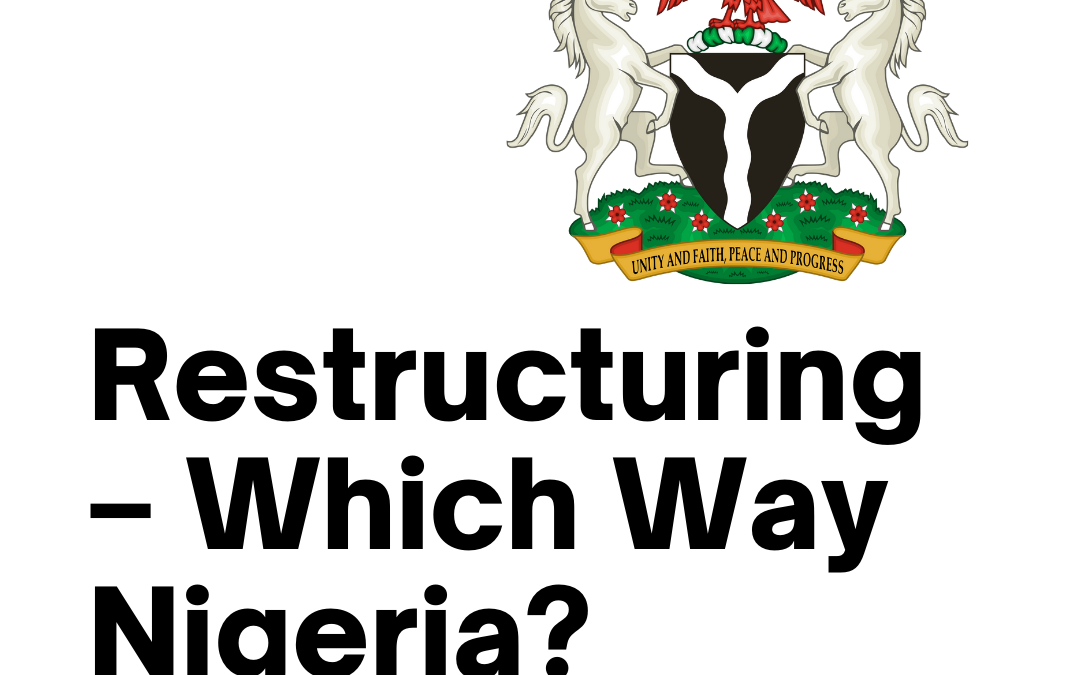 Personally the debate on restructuring Nigeria’s present configuration is one that I believe cannot be had without putting certain historical facts in context from amalgamation to the drafting of the 1999 constitution. An honest review of our history will expose a systemic failure in managing and harnessing the intricacies associated with our amalgamation thereby causing distrust, avoidable conflicts and an imbalance of power.

While the clamor for restructuring isn’t new, in fact it has become a constant robe worn by every government or its antagonists and truthfully speaking, the actions of Government to assuage these calls have always been faulty leading to bad blood and distrust instead of creating a solution.

While the Federal Government continues to amass enormous resources to the detriment of the States and Local Governments, it has in times past sought to assuage this call for restructuring by creating more states which to my mind has only compounded the problem. I do not think Nigeria has any business having the number of States it has today, I would rather have thought that a regional empowerment should be entrenched where each region is allowed to largely control its resources.

So, I think we must find a way to seat together and collectively decide what restructuring means to us, putting in perspective our peculiarities and the interest of Nigeria in its entirety.

I believe that the failure of our previous attempts at reaching a cohesive solution to the issues that affect us as a nation particularly with respect to the imbalance of power and sharing of natural resources, flows from a place of impatience and refusal to really understand the peculiarities of the federating units that make up the entity called Nigeria.

Elementary studies will show us that while one part of the country believes in a parliamentary approach to resolving issues and overseeing their affairs, another part of the country believes and adopts a monarchical approach where the word of one man is law and binding on them all.  Thus, it is impossible to have these people coexist without creating a document that mirrors their realities and creates a fine admixture that doesn’t stifle one over the other.

This is where our Constitution as it is presently drafted has failed.

I am of the opinion that it was imposed on us and does not represent our peculiarities nor does it exemplify the tenets of true federalism. Make no mistake about it, our Constitution is deeply flawed, the imbalance it perpetuates amounts to injustice on everyone and it must be amended for the greater good of one Nigeria.

I have often said that what we practice in Nigeria is “convenient federalism”, our federalism needs refinement and equitable improvement; we need good governance and equitable sharing of governmental power and resources.

For meaningful impact, restructuring should mean the devolution of power and sharing of resources in accordance with the true tenets of federalism. Our Constitution should also be rejigged to meet current realities and reflect true federalism. The journey to achieve this must be holistic.

Governmental Power and control of Government Institutions must cease to be self-serving expeditions and be devoid of personal or tribal aggrandizement.

Most importantly power and resources of the Federal Government as specified in the exclusive and concurrent legislative lists must be reduced and equitably redistributed bearing in mind the realities of our nationhood and  the principles of true federalism. 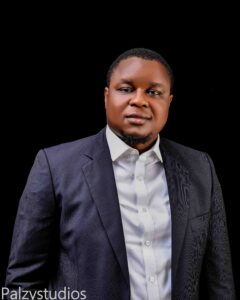 OmoruyiEdoigiawerie is a Legal Practitioner with over a decade experience. Over the years, he has garnered consummate experience in corporate legal practice and statutory compliance matters.  Presently he is the General Counsel at UNCTAD EmpretecNigeria Foundation a private sector initiative of the United Nations Conference on Trade and Development (UNCTAD).

His core expertise lies primarily in Corporate Commercial Practice, Startup Law, Employment law, Immigration Law, Alternative Dispute Resolution and Entrepreneurship. Additionally he regularly provides advisory and capacity building support to a spectrum of clients particularly start-ups whom he enjoys mentoring. To date he has helped build and grow over 500 starts most of who remain gainfully in business.

Caroline Ibharuneafe commiserates with NBA Benin Branch on the passing of Kelechi Ohahuna Esq.
Random Musings On The Use Of Drones In Nigeria | Toju Dottie
How To Market A Law Firm Or Law Practice Online